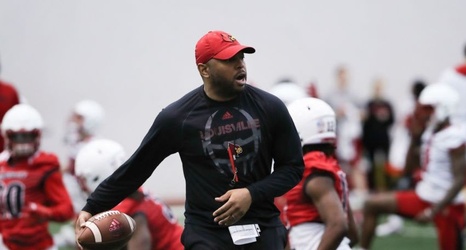 Its year 3 in Coach Satterfied's rebuild. The offense has certainly had its moments while he's been here. In 2019 the offense finished the season ranked 24th overall. With an exciting 1000 yard rusher in Javian Hawkins.

But, the defense had its fair share of struggles finishing the season ranked 102 in the nation. But coming off a historically bad season under VanGorder this was expected. That side of the ball required a serious rebuild. ,

Move on to 2020. A season mired in a pandemic. Week in and week out the team wasn't sure if it would even play. And if it did, who would suit up? But in this season we saw a huge hump for the defense. They ranked 39th in total defense. A top 40 ranking for the first time in several years.

Here we are in year 3. Some youth and transfers had to replace departing players on defense. But young players like Ashton Gillotte have really stepped up. Along with Clark in the secondary. However when one digs into the details of this year's version of Bryan Brown's defense the numbers are very telling of a step back to year 1.

A few things to consider. In year 3 as of Week 6 of the CFB season, the Defense ranks 107th in Total Defense. Some other glaring and concerning stats.

I could go on but I think the point is made. This is year 3. While the offense is still scoring and moving the ball, Bryan Brown's defense have back slid in year three to year one numbers. Is a change needed? Can UofL football realize ACC success with these defensive numbers?