Lee Corso tried to get Auburn to play Louisville in 1972

Share All sharing options for: Lee Corso tried to get Auburn to play Louisville in 1972

Getting big-time programs on the schedule isn't an issue that's new to Louisville football, which is one of the reasons Cardinal fans are so excited about the 2015 season-opener against Auburn. It's a game that U of L has tried, and failed, to get in the past.

For proof, the Auburn website The War Eagle Reader dug through the AU athletic department archives a few years ago and found some correspondence between then U of L football coach Lee Corso and former Tigers head coach Ralph Jordan. Corso was attempting to convince Jordan to put the Cardinals on Auburn's schedule for the 1972 season, something which ultimately did not come to fruition.

The letters are an interesting read. 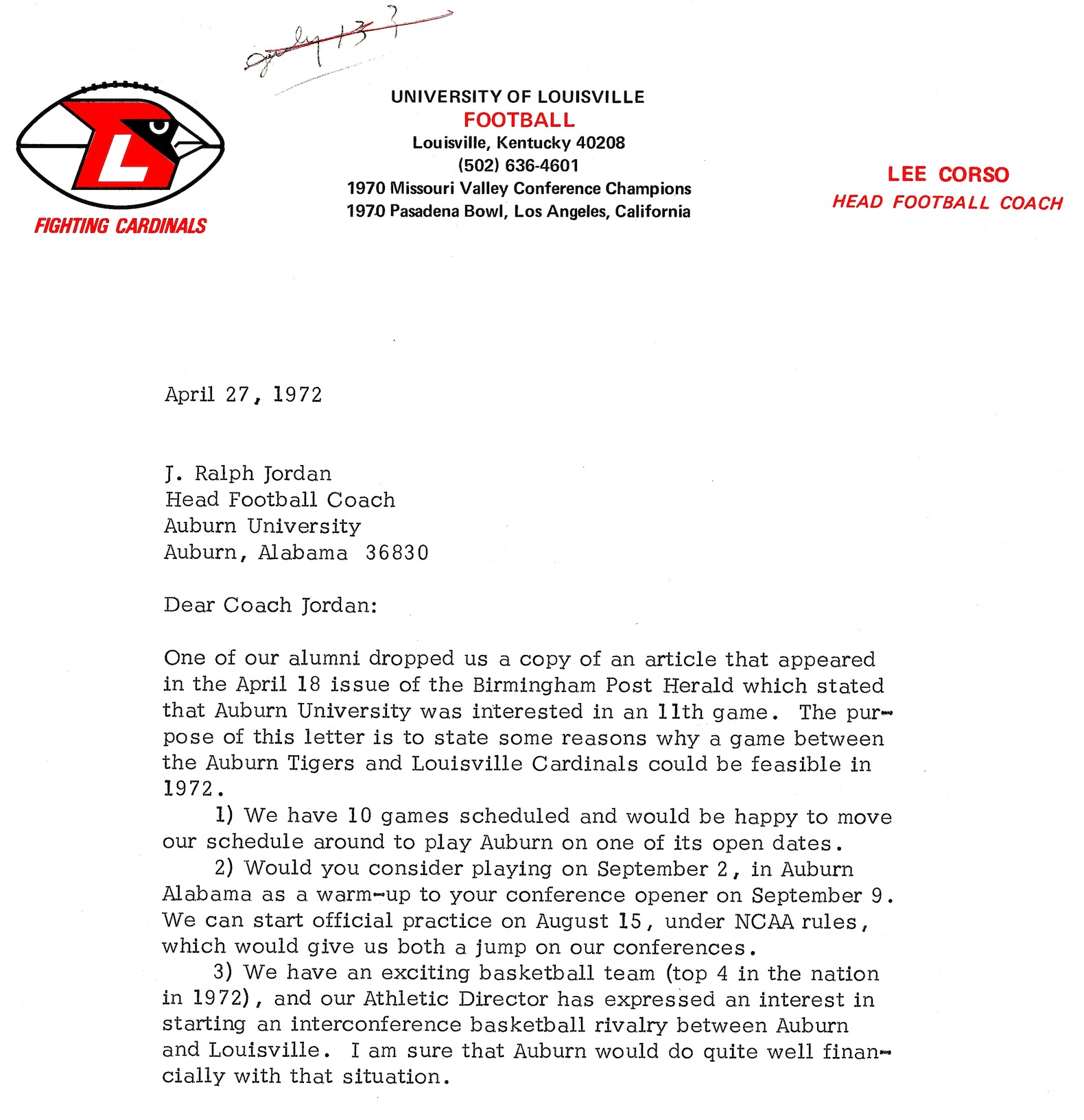 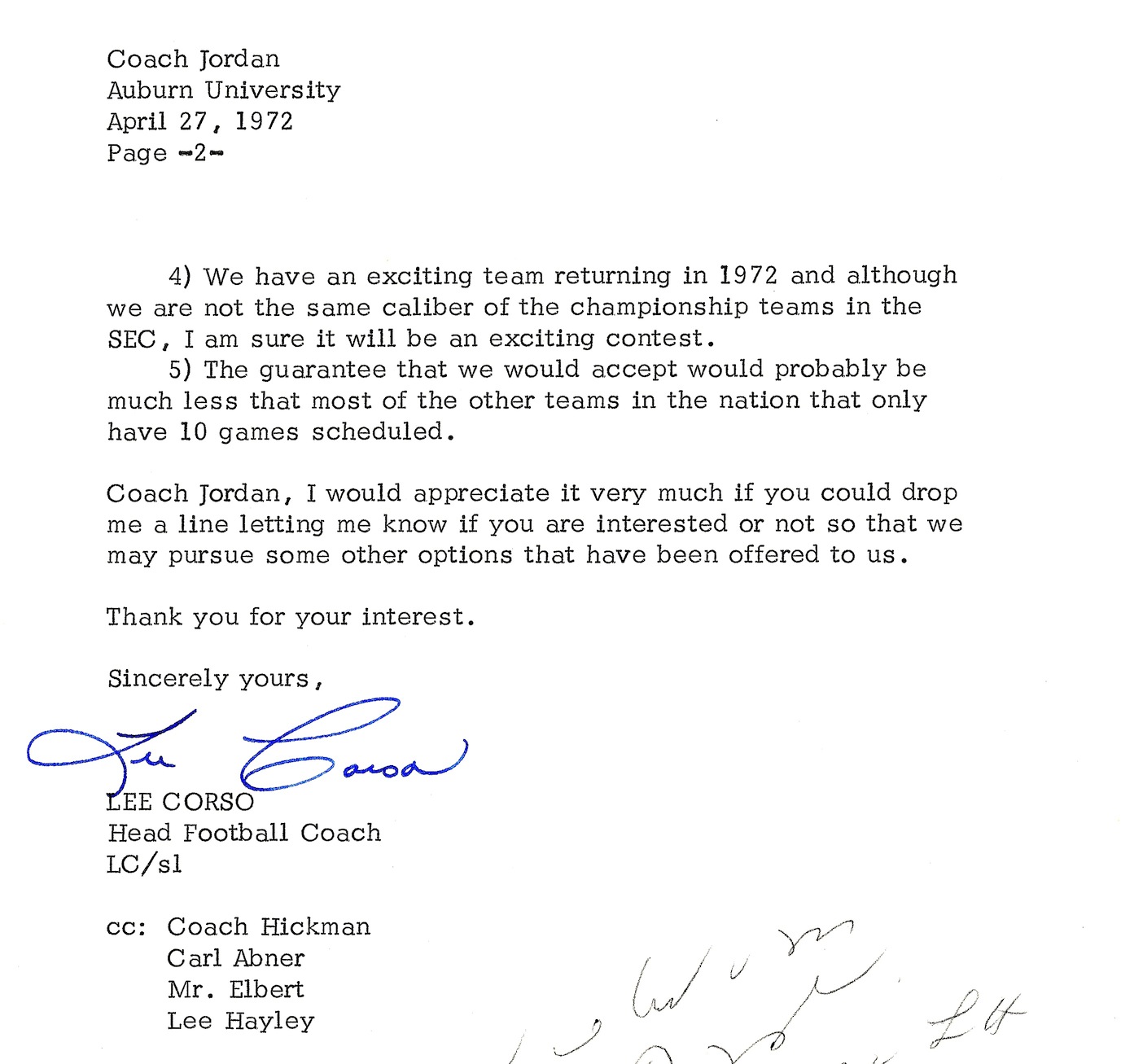 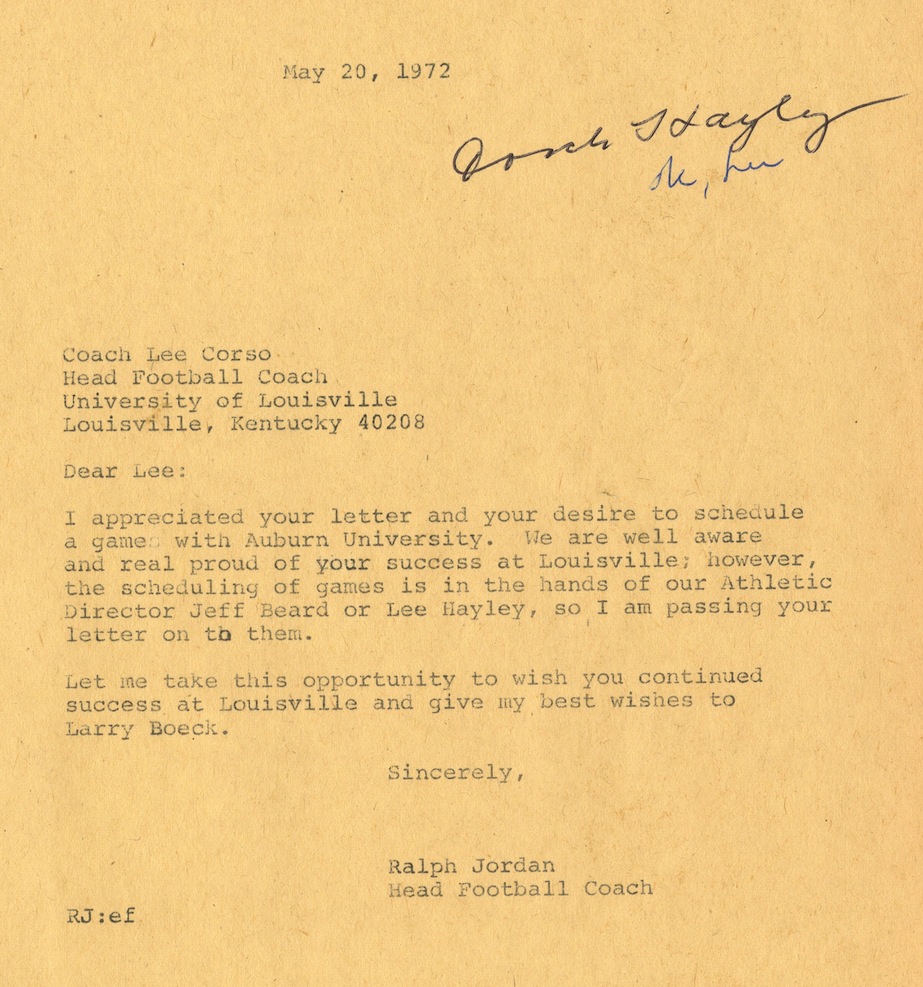 Though the pair did not meet that season, Corso's efforts are likely what landed the Cards on AU's schedule two years later. Auburn opened the 1974 season with a 16-3 victory over Louisville at Legion Field.

Here's a little smack talking from the Auburn side leading up to that game: