OKLAHOMA CITY --- Gerod Holliman was in Oklahoma City on Tuesday formally accepting the Jim Thorpe Award that was announced in December. The University of Louisville safety beat out Alabama's Landon Collins and Oregon's Ifo Ekpre-Olomu after recording an NCAA-tying 14 interceptions this past college football season.

Holliman started the day with a tour of the INTEGRIS Jim Thorpe Rehabilitation Center with 2013 Jim Thorpe Award winner Darqueze Dennard to visit with brain injury, stroke, and paralysis patients  The two award winners spent the entire morning signing autographs and connecting with patients - one patient was even moved to tears. Brooke Cayot, INTEGRIS Media Team Lead, described the tour as a "morale booster for staff and patients." 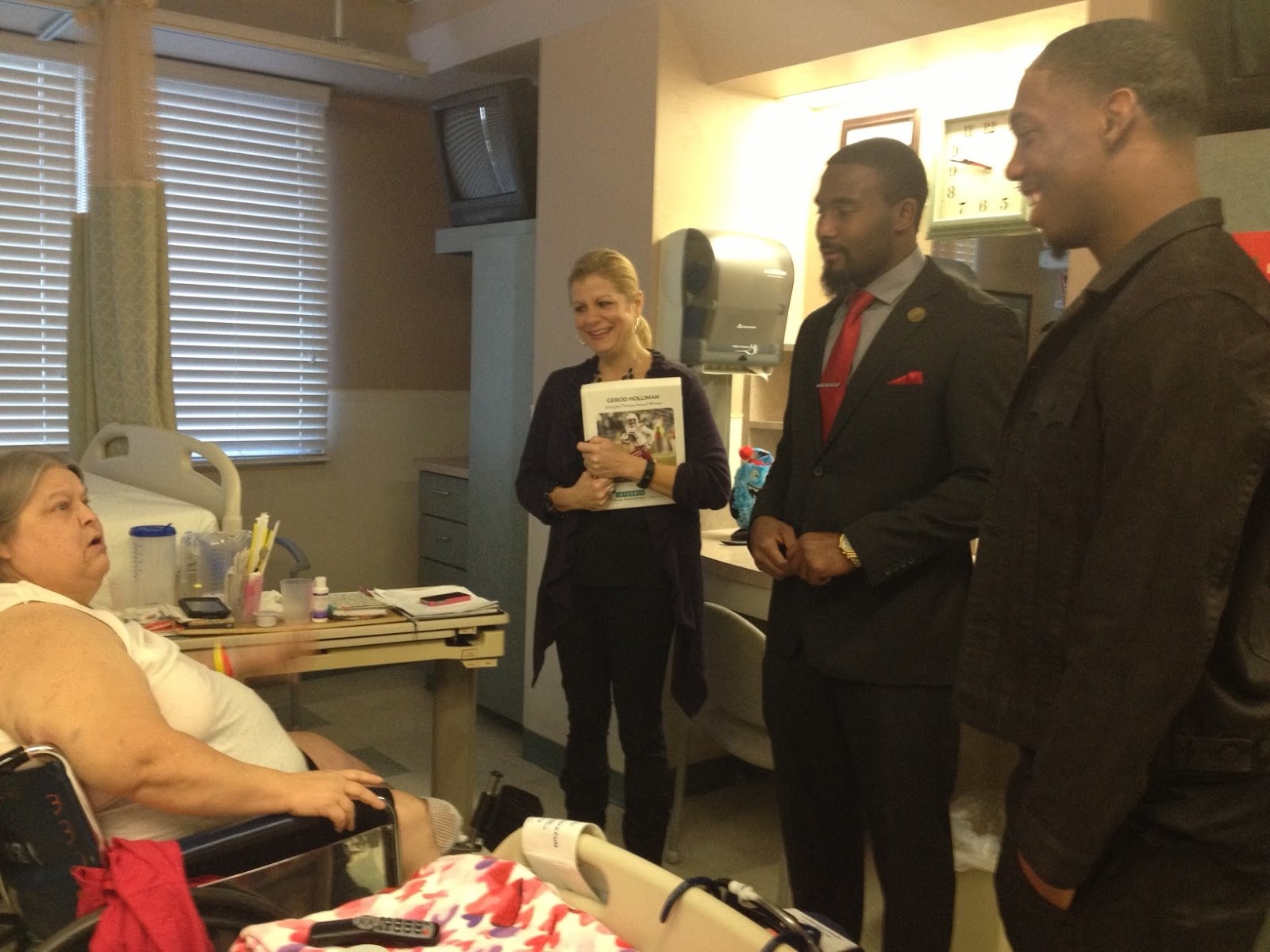 "It's very heartwarming for me," Holliman said about the tour. "The things that these [patients] are going through, I know it's really tough on them. I'm glad I could be here and help them get past it."

Following the tour, Holliman was treated to a luncheon in his honor, co-hosted by INTEGRIS Health and the Oklahoma Sports Hall of Fame. Joining Dennard in the audience were fellow past Jim Thorpe Award winners Malcolm Jenkins and Terrell Buckley. Buckley, who won the award in 1991, is now the cornerbacks coach at the University of Louisville. Bill Thorpe, Jim Thorpe's son, was also in attendance.

Both Holliman and his mother, Kiyunda, addressed the crowd at the luncheon. While Holliman answered questions such as, "Why did you end up choosing Louisville during the recruiting process," and "Who was the toughest wide receiver to cover in college football," Kiyunda spoke on Holliman's leadership and character.

"He is a very responsible person. He's the man of the house; he always kept everyone in line," Kiyunda said. "I always knew there was something special about him. There's nothing better than seeing my son make a mark on the world."

Eddie Griffin, President of the Oklahoma Sports Hall of Fame, reflected everything Kiyunda said about her son when describing the prestige of the Jim Thorpe Award:

Holliman concluded his trip to Oklahoma City with a formal banquet in his honor at the National Cowboy & Western Heritage Museum in Oklahoma City. Again, Holliman addressed the crowd with class, citing that helping his mother has been his biggest inspiration.

"Seeing the struggles that she went through as a child growing up, it always kept me going on the right path," Holliman said. "My mom was a single mother growing up, so everything had to revolve around her. I knew it was tough for her."

Holliman announced in December that he would be forgoing his final two years of eligibility at the University of Louisville to enter the NFL Draft. While currently perceived as a low-round draft choice, Holliman has a chance to raise his stock at the NFL combine (Feb. 17-23).