Baby Lyla likes life in the ACC more than cupcakes. And she effing loves cupcakes.

ESPN says that almost half of the FBS has already been eliminated from playoff contention, but Louisville is one of the teams still very much alive.

Asia Durr, the No. 1 girls basketball player in the country according to most scouting services, is set to announce her college choice on Tuesday afternoon at 3. More than a few people are predicting that she will pick the Cards.

She is, uh, she is pretty good.

Could be a banner day for Jeff Walz and the program.

There's no question that it's going to be a huge night for the 24th-ranked Louisville volleyball team, which will be taking on No. 16 Kentucky at 7 p.m. inside the KFC Yum Center. The staff has asked that all U of L fans attending the game wear red.

Here's your match preview, and here's a feature on Cardinal star Katie George via the C-J.

L.J. Scott thanks the guys up front for his first big achievement as a Louisville Cardinal.

ACC Rookie of the Week! Huge thank you to the guys up front who make it possible for nights like these… http://t.co/q8WcLnyk6z

In light of recent events, I have decided to claim the 2006 game at Rutgers as a Louisville victory. Congratulations to the undefeated 2006 Cards.

For all the bellyaching over Bobby Petrino's recruiting, Louisville's 2015 class is now ranked No. 30 in the country according to Rivals, one spot ahead of Michigan State. As long as Petrino can pull in classes that are around that top 30 range, I like our chances of staying in the ACC's top tier. 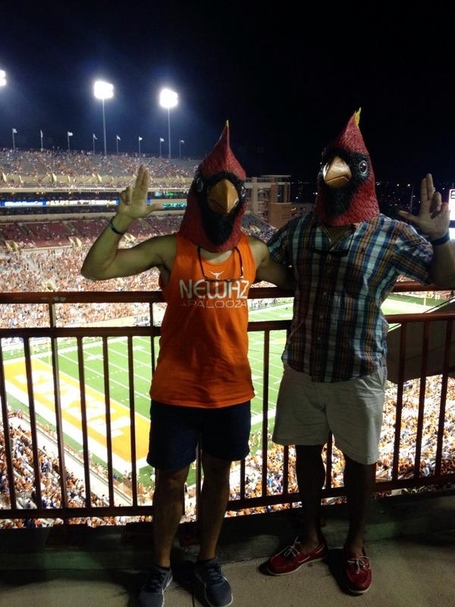 The U of L men's soccer team will be hitting the road for the first time on Tuesday, when they travel to face No. 15 Saint Louis. The Billikens lead the all-time series with the Cards, 12-2, and own a 6-1 advantage in matches played at SLU. Here's your match preview.

Jonathan Blue gives us our first look at the 2014-15 basketball team together, sans Dillon Avare and David Levitch.

U of L baseball has landed a commitment from Illinois' top-ranked middle infielder.

Mark Coomes takes a look at college football recruiting rankings and how they translate to actual on-field results. The results are, as you might expect, somewhat mixed.

Cornerback William Gay, whose mother was shot and killed in a domestic violence act, said he will reach out to Rice, who was released by the Ravens today after a video showed him knocking out his fiancée with a punch in an elevator earlier this year.

"It was very disturbing,'' said Gay, who said he was 7 years old when his mother was killed by his stepfather. "It's painful to watch it. To see a woman get hit like that is just painful. You can't watch it too many times. I just watched it once and couldn't look at it anymore."

"Even when I came into the league, not too many people knew about it,'' Gay said of the circumstances of his mother's death. "But by me talking about it, me getting involved with different women's groups about domestic violence, it helped me grow as a person. It can help others as it helped me."

He would like to convey that to Rice, who was Baltimore's star running back with 6,180 yards rushing over the previous six seasons. Rice, a New York native, played at Rutgers University.

"Someone could have died, that's all,'' Gay said. "That's how I feel about the situation, so we need to do everything we can to help Ray Rice. Because we don't need to run away from him and say he's evil. It's an issue, we need to deal with it and we need to help Ray Rice and his [wife] to be better from it."

The latest ESPN bowl projections have both experts predicting that Louisville will face Michigan in the New Era Pinstripe Bowl. 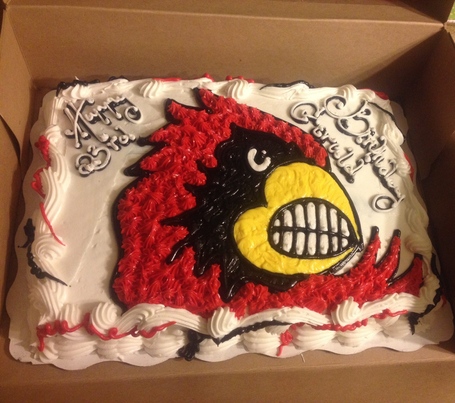 For the first time ever, adidas has slipped to No. 3 in the US sportswear rankings, now trailing both Nike and Under Armour. Perhaps that will mean some super cool things on the horizon for U of L.

James Sample gets some love in this week's Forde Yard Dash.

The ACC Digital Network's new power rankings have Louisville down a spot to No. 3 this week, but only because of Virginia Tech's huge road win over Ohio State.

Rutherford nephews getting down at the game Saturday: 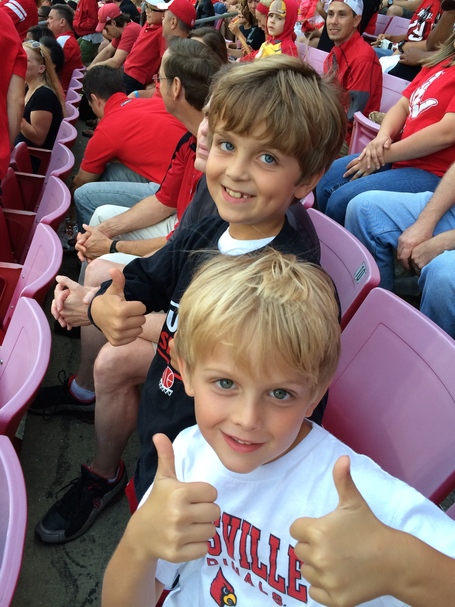 They refused to leave early because they wanted to keep doing the "Cards first down" cheer. We've come a long way in a very short amount of time. Thanks, Bobby.

It was a big weekend for the 15th-ranked Louisville field hockey team, which went up to Evanston and upset No. 14 Northwestern, 1-0. Senior Becca Maddock notched the game's lone goal, as the Cardinals improved to 4-0 for the first time since 1980. U of L now travels to Virginia to face the Cavaliers the evening before the football team does the same thing. A win in Charlottesville would match the best start in program history.

The main catalyst behind Virginia's defensive success so far might be junior defensive end Eli Harold.

As the Cavaliers prepare to face No. 21 Louisville in their ACC opener, getting back in the win column gives them some great momentum after opening the season with a narrow defeat to UCLA.

"It just feels good to get that taste out of your mouth after coming so close," Harold said. "Tech last year, could've beat them. Georgia Tech, could've beat them. We had a 21-0 lead on Duke and they came back and beat us. Just being so close and now finally getting that victory that you need to build up that confidence, it's very big."

Calvin Pryor gave a strong performance in his NFL debut on Sunday, but former Jet and Raven linebacker Bart Scott is worried that his hitting style might wind up shortening his career.

The CCBM Brewery is hard at work cooking seasonal favorites like the MichAlee Harris and the Tobijah Brewley. 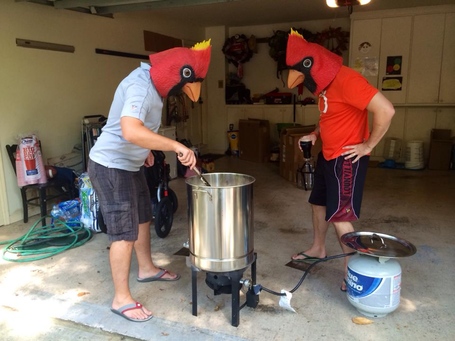 I don't even have to apologize, you guys already know I'm sorry.

Five-star small forward Miles Bridges, the No. 21 player in the class of 2016 according to both Rivals and 247 Sports, will visit Louisville this weekend.

The latest "Adam Asks" feature from the C-J's Adam Himmelsbach is a particularly good one with U of L legend Kenny Klein.

Your Red & Black Rewind for the past week:

The U of L women's golf began its 2014 campaign with a victory at the Cardinal Kickoff over the weekend. Junior Laura Restrepo fired a 3-under-par 141 to capture the individual title.