Bobby Petrino and Jamon Brown met with members of the media Monday afternoon to discuss the Murray State win (a little bit), and this week's road game at Virginia (a lot more). 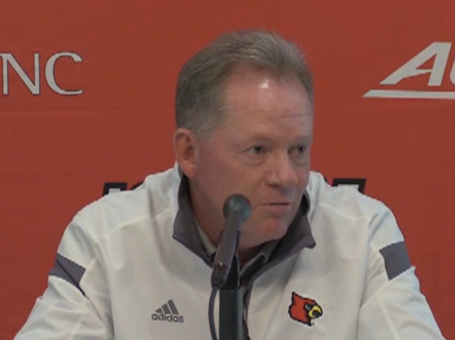 --We have a challenge ahead of this week. We feel like we've played well defensively so far, but this is going to be a bigger task for us defensively because of what this team does both in the passing and running game.

--Offensively, I'm really happy with the way we're running the ball, but we have to be more explosive in our passing game. We're going to need to make some better throws down the field if we want to win this game. We haven't had enough success with our deep passing game so far.

--I'm interested to see how we travel. You never know how you're going to respond to a road environment until you experience it for the first time.

--We haven't hit on our deep throw play calls, and we also haven't had a lot of yards after the catch. We haven't had one of those plays where a guy catches a six yard pass and makes two guys miss and goes the distance for a touchdown. We did get two pass interference calls on deep balls, which is a good thing, but you'd rather have the completion. We just have to continue to work on it.

--One of Virginia's biggest assets is having so many guys who have played together for a long time. Most of the guys on defense were key contributors last year, so they're all very comfortable with one another.

--Will Gardner is our starting quarterback. It was great to get Reggie in there, and I was really impressed with the way he played. I don't know yet whether or not he'll play on Saturday, but there's no question that Will Gardner is our starting quarterback. We thought Will did well and improved enough from week one to week two. He knows we have a lot of confidence in him.

--Will didn't want to come out of the game on Saturday, but I made the decision at halftime that our offensive starters were done. With playing those two games so close to one another, keeping everyone fresh was extremely important.

--Friday night, I told our team, "we should win this game." I said we needed to go out and take care of our business in the first half so that we could get everyone in the game and give them a chance to play in the stadium. I was really impressed with the way our guys focused and achieved that task.

--Everything Keith Kelsey does is steady. Ever since he's been here, he's conducted himself the right way. He's very, very dedicated, he works extremely hard and he's got great instincts. He's just going to continue to get better.

--We have to showcase the ability to play four quarters with great focus and great effort on Saturday. There are going to be mistakes, but we have to continue to play hard, and that's what you're going to want to see this weekend. 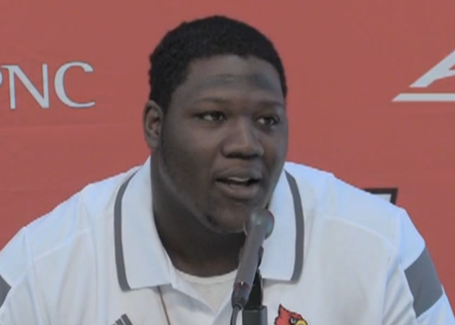 --Going against the Louisville defense makes us an offense have to come to practice ready to work every single day. Those guys up front, we think they're pretty good, and they really make us push ourselves to be better, and we try to do the same thing for them.

--Going on the road, we as leaders try to make sure that the rest of the guys are focused and ready for the situations that are going to come up when we get to Virginia. We all know that every game in football comes with adversity, and we have to be ready to deal with those points of adversity.

--It's always good to win at home, but it's even better to go out and do it at someone else's stadium. We've had a lot success on the road in recent years, and we're trying to let that experience trickle down to the younger guys.

--They have two pretty good pass rushers at defensive end and some bigger guys on the inside. It's our job on the offensive line to keep those guys off our quarterback and open up holes for our running backs to run through.

--Will is gaining confidence every day. He's a lot more in command of the huddle now than he was before the season.