Lucas Ford loathes Syracuse, he just doesn't know it yet.

Spread check: Louisville opened as a 6.5-point favorite over Syracuse, but that line is already down to -3 at most books and -2.5 at some others. Slightly unsettling.

With a short week to prepare for Syracuse, Bobby Petrino did not hold his typical Monday press conference with the media this week, but he is expected to be heard from later tonight.

U of L did, however, update its depth chart on Monday, and lists Will Gardner OR Reggie Bonnafon as the starter at quarterback. Dominique Brown, Michael Dyer, Brandon Radcliff and L.J. Scott are all listed as co-starters at running back.

The best part about any Syracuse game week is the excuse to utilize this picture as often as necessary: 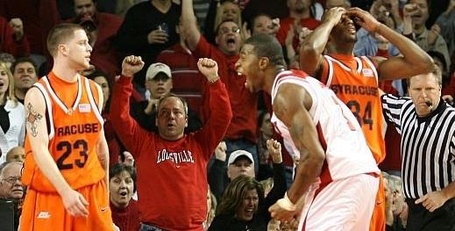 The clock is ticking on this short week:

Not sure USA Today realizes that Teddy also had an injured ankle in the Rutgers game he talked about yesterday.

Veteran quarterback Matt Cassel is done for the season with a broken foot. The Vikings are Bridgewater's team now, and he didn't seem overly concerned Sunday about keeping it that way despite the injury.

Bridgewater pointed to the game he injured his left (non-throwing) wrist as a sophomore at Louisville in 2012, then led the Cardinals to a win over Rutgers five days later. Of course, an injured ankle can cause a whole different set of problems, particularly for a QB whose mobility is a threat.

Louisville is up two spots to No. 6 in this week's ACC power rankings from ESPN.

The Cards are also No. 6 in the latest ACC power rankings from the ACC Digital Network.

"They're a very talented. Charlie Strong did a great job recruiting those kids and they really have a lot of team speed on both sides of the ball, but the defense has been playing extremely well," said head coach Scott Shafer. "Again, not dissimilar to last week, we're going to have multiple looks out of them, we're going to have some pressures both with man and zone, so it'll be a good challenge for our guys to go out there against a quality defensive team in Louisville.

"Coach Petrino's background is obviously on the offensive side of the ball and he does some great things. He breaks his tendencies each week, they'll spread you out, get you into two tight ends and three tight ends in the back. So we'll have a lot of things to prepare for in this short week."

For more of what coach Shafer has to say about the Cards, watch today's interview with Matt Park: Coach Shafer interview

The Syracuse defense seems to be as poor at defending bubble screens as the offense is running them.

You NEVER ask Media Day Gorgui to take off his headphones. 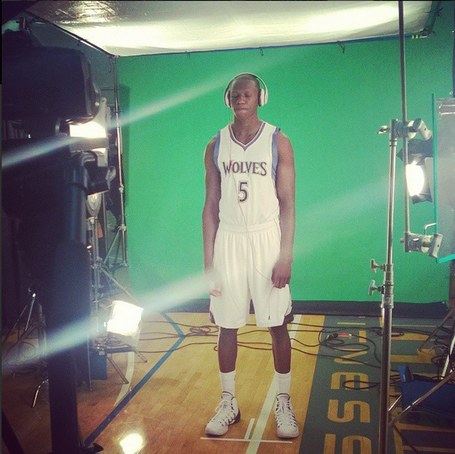 There was a pretty big fight between some inebriated Syracuse and Notre Dame fans on Saturday, so if you're headed to the Carrier Dome Friday night, be on your toes.

Louisville was shut out of this week's list of ACC Players of the Week, but so was Wake Forest, sooo ... go Cards?

It's all fun and games until this actually happens.

The Twins fired Gardenhire. Given that state's track record, safe to say McDonnell is their guy. @CardChronicle

I went to the dentist this afternoon for the first time in an embarrassingly long time today, and I just wanted to let you guys know that I didn't cry...I wanted to, but I didn't cry.

With the flood of Teddy Bridgewater love in the city back at full steam, the Strait Pinkie folks are offering 10% off their Teddy 5 Vikings shirt to Chronicloids: 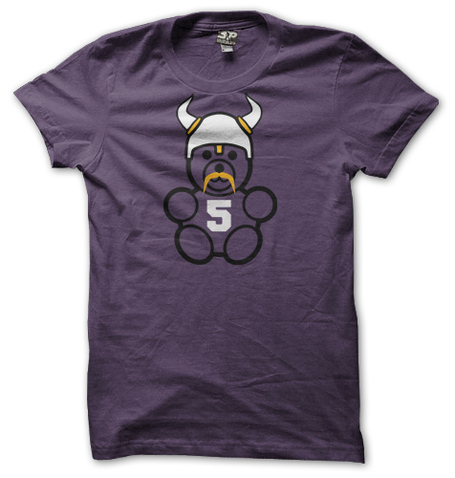 All you have to do to get the 10% off is use the promo code "CC5" when checking out.

If you weren't excited about U of L WR commit Dahu Green before watching this highlight, you will be afterward:

Young man is going to be a big-time playmaker in red and black.

The red-hot U of L men's soccer team will look to keep rolling tomorrow night against Ohio State on what is being dubbed "International Night" at Lynn Stadium.

After falling to Boston College on Friday night, the Louisville volleyball team bounced back and captured its first ACC victory on Sunday against Georgia Tech.

The share for Vikings-Falcons was 26, meaning 26% of people in the Louisville market watching TV were watching that game. That's a big #

Peter King serves up some much-deserved praise for The Ted.

Louisville is going back to the Belk Bowl to face Tennessee, according to the latest bowl projections from SB Nation.

This picture is pretty tremendous.

The Syracuse Post-Standard tells Orange fans some things they need to know about Louisville.

The Cardinals' front five has mildly underachieved in the first half of the season, though some of Louisville's offensive regression can be chalked up to new schemes and a switch from an NFL first-round pick at quarterback (Teddy Bridgewater) to a first-time starter (Will Gardner). That was before a knee injury forced Gardner to miss Saturday's game against Wake Forest, leading to freshman Reggie Bonnafon's first career start.

If the Orange's rambunctious defensive front creates headaches for the Louisville line, an upset is possible. Syracuse can probably slow an increasingly anemic Louisville rushing attack, and doing so would alleviate pressure on the Orange's secondary.

Record for Petrino against unranked opponents in his 10 seasons as a head coach, including 41-5 during his two stints at Louisville. One of those losses has come this year, a 23-21 setback at Virginia in the Cardinals' lone ACC road game to date.

Points per game yielded by Louisville over its last 11 games stretching back to 2013, including an average of 14 through five games this season. The Cardinals have allowed more than 24 points just once in 21 games since their last trip to the Carrier Dome, a 45-26 loss to Syracuse in 2012.

Kentucky continues its trend of doing whatever Louisville does by designating South Carolina as a blackout game.

You have to love this line from the linked post:

And the University of Louisville made blackouts a thing in the early 2000's and most recently brought back the concept as well, wearing the black uniforms in the first game under Bobby Petrino this season against Miami.

A turtle-necked Mitch Barnhart in a KSRCM (KSR Cat Mask) is happening before the end of the calendar year.

Syracuse's offense has struggled the most when it gets deep into opposing territory.

Blogger So Dear looks back at the critical plays from Louisville's win over Wake Forest.

Congrats to the Louisville hockey team, which won one game and tied another in a two-game series with Kentucky over the weekend.

And finally, Mark Ennis and I are back on the air tonight from 6-7:30 Listen live on ESPN 680 or anytime on ESPNLouisville.com.