Baby Stewart has been waiting six long days to get this losing taste out of his mouth.

A very happy (1 day belated) 62nd birthday to my best friend and your favorite, Mr. Rick Pitino. He still hasn't returned my calls about meeting up at El Tarasco to celebrate. He will though. He will.

I love this new trend.

Getting game coverage from a perspective other than Louisville's has been a little tough this week, namely because FIU banned the Miami Herald from getting credentials to cover their games before the season.

Thankfully, the Herald is still doing its best to churn out what it can. The latest is from Pete Pelegrin, who asks Jody Deming to answer five questions about the Cards.

Adam Himmelsbach's piece on Wallace Bonnafon is a tearjerker, but a necessary read.

"The last thing he told me was, 'Tell your boys I haven't forgotten about them,'" Reggie said. "He felt bad he hadn't made his burgers for them yet."

On Monday morning, Wallace Bonnafon woke up, kissed his wife Rosalind and went to his regular dialysis appointment. He drove himself, and that was usually a sign that he felt good.

After he arrived, though, he had chest pains and shortness of breath. He was having a heart attack. He lost consciousness and seven attempts were made to revive him, but Wallace Bonnafon was later pronounced dead at Baptist Health Hospital. He was 51 years old.

"I could talk to him about anything," Reggie said. "It does mean a lot to know that he saw me doing well. He saw me score my first touchdown, and things like that. I can always remember those moments."

ESPN examines whether or not Syracuse and NC State are legitimate contenders in the Atlantic Division after their impressive performances last weekend.

Your full ACC schedule for tomorrow:

It has been almost two years to the day since Louisville last made the trip South to face FIU. 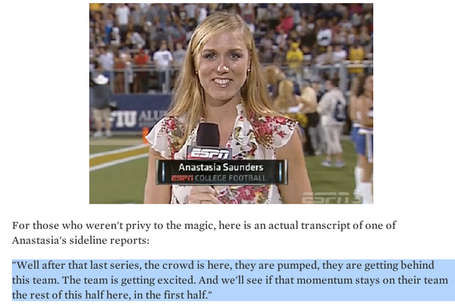 The "Bridgewater Underground" folks over at The Daily Norseman are beyond ready for the start of the Teddy era.

There is just one game at Lynn Stadium this weekend. The women's soccer team will be playing their ACC opener against Syracuse tonight at 7:30. Here's your preview.

Despite the solid play of his defense so far, Todd Grantham is far from satisfied.

Despite giving up less than 20 points a games, less than 80 yards on the ground and fewer than 290 yards of total offense, defensive coordinator Todd Grantham's message is clear.

"Get better," Grantham said following practice. "We're three weeks in. Each time you go out is an opportunity to get better. In this game, you either get better or you get worse. You've always got to work to improve yourself. We've got to learn the game plan for Saturday because each week is a new test, new challenge. Our focus needs to just be on getting better."

The Cardinals are facing a young, talented FIU team that gave Pitt all it could handle last week at home, and the Cardinals have to be weary of an upset-minded squad.

"They put 16 points on the board early last week," Grantham said."When you look at them, I think they're well-coached. They know where to throw the ball relative to where you look. They can put it in some good spots. They've got a couple wideouts that can make some plays and they try to find ways to get those guys the ball. So I think they've got some good young talent. Like I said, they were up 16-0 on Pitt. They were playing hard. We've got to understand that and be ready to play."

The U of L men's soccer team will be looking to keep the momentum rolling from its 5-0 pounding of Duke last weekend when they take the field against Boston College tonight at Newton Campus Field. This is one of those matches where the Cards need to take care of business if they want to keep their lofty national ranking. First kick (no idea if that's a thing that people say) is at 7 p.m.

The next task for Ken Lolla's team after tonight's match will come Tuesday, when they travel to Lexington to square off against Kentucky, a side most people reading these words probably do not care much for. If you're interested in supporting the Cards in enemy territory, here's an option: 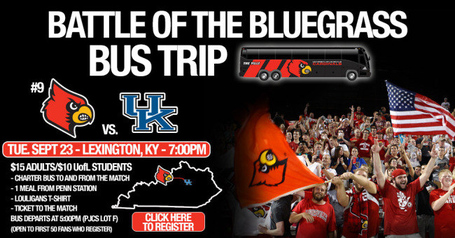 Syracuse checks in at No. 22 on Athlon's preseason hoops countdown. Here's their preview of Louisville's new/old conference rival.

Jule Hermann continues to be unable to get out of her own way at Rutgers.

The handful of Florida International fans who choose to attend Saturday's game will be rewarded with these, which are reportedly being given away to the first 2,000 people through the gates: 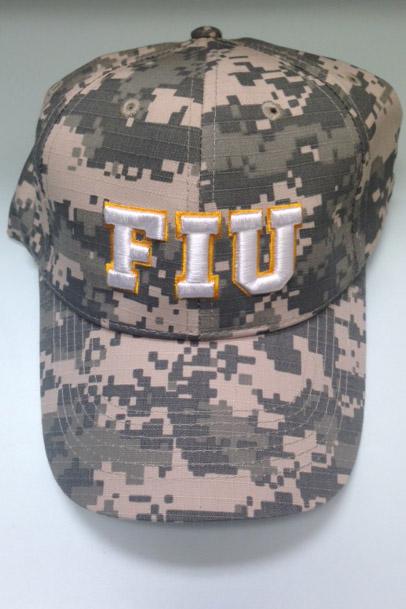 "Cheer for FIU without having to actually be seen." Can't fault the Panther marketing folks for taking a shot here.

According to 247 Sports, four-star running back Dexter Williams is planning to take official visits to both USC and Louisville despite still being "committed" to Miami.

True freshman cornerback Trumaine Washington played well while getting his first real taste of college ball last Saturday, and now he's got the opportunity to show what he's made of in front of some hometown fans this weekend.

"It feels great to get my number called," Washington said Wednesday, speaking to the media for the first time.

"Whenever my number gets called, I just feel like I can be the best I can be. It all starts in practice, I go hard in practice. As you can see, the results are in the game. I made a play and helped my team get a big stop."

Being from Florida, Washington is excited for this weekend's game at Florida International, and the opportunity to go back home with big game experience under his belt.

"It feels great, going back home in Miami. My family is coming to see me, friends, and my teammates from high school."

"Even though we're going back home and every body is watching us, it's still a business trip. We're just trying to get one thing done, and that's to get the win."

This dog is a Louisville fan. You should vote for him.

If you happen to be heading to Miami this weekend, here's your road trip guide.

A sneak peak at the planned Belknap Campus research park:

The SigEp fraternity will be holding its annual "Splash for Cash" car wash tomorrow, and its goal this year is to raise $10,000 for Big Brothers and Big Sisters of Kentuckiana. For more info, check out their Facebook Page.

The Courier-Journal sports staff would like you to know that they weren't responsible for the cartoon which ran on the front page of the sports section today.

The real person behind the cartoon? You guessed it: Antonio Blakeney. 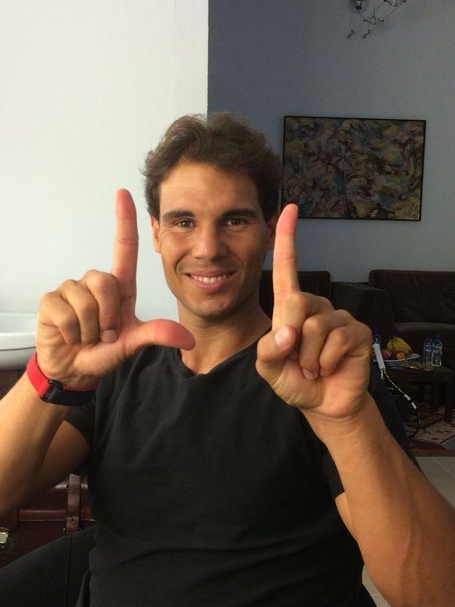 Fansided says that no Russdiculous is going to be no problem for the Cards this year.

Just in case you'd forgotten what happened the last time Louisville squared off against FIU...

The numbers wound up being staggering.

- The 72-point loss matched the worst endured by a FBS team in more than a decade. The last time an FBS team lost by more than 72 was Texas A&M, which was beaten 77-0 by Oklahoma in 2003.

- The 27 total yards were the fewest by a major college football team since at least 1996.

- FIU never ran an offensive play in Louisville territory. The Panthers got to the Louisville 49 once, but punted on that ensuing play.

"There are not a lot of differences, to be honest," Turner said.

I wonder if there's ever been a consecutive three-year series (in any sport) besides Louisville/FIU where the margin of victory trend has gone 7, 7 and then 72. It's pretty remarkable when you think about it.

This is the most Kentucky thing you're going to see today:

There is a 100 percent chance that the person who asked that question has, on more than one occasion, talked about how all Louisville fans care about is Kentucky.

Your game preview from FIU.

Your 14th-ranked Louisville field hockey team will be putting its 12-game home winning streak on the line against unbeaten and top-ranked North Carolina tomorrow afternoon. The streak dates all the way back to the 2012 season.

After his effort last night, Harry Douglas has now caught a touchdown pass against the Buccaneers in four straight games. The Falcons won by a hundred points.

The U of L swim team landed a major recruit on Thursday.

Attention anyone who made the trip to Charlottesville last weekend: please take a quick look at this and see if you can help out.