Share All sharing options for: Will Gardner, Teddy Bridgewater And Discussing Things We Can't Possibly Know

Gardner may never approach the status of arguably the greatest quarterback to ever don the red and black, or he may surpass him. We don't know. All we know about Will Gardner as a starter is what he's done so far, and what he's done so far is remarkably similar to Teddy Bridgewater's first few efforts as the man behind center.

Two games prior, young Bridgewater had stepped in for an injured Will Stein and taken the bulk of the snaps in a game for the first time in his college career. The result had been a 24-17 upset win in Lexington, which had snapped a four-game losing streak against Kentucky. A week later, Bridgewater made his first career start and struggled in the second half of a game where U of L failed to score in the final two quarters. The Cards walked into the locker room the owners of a stunning 17-13 home loss at the hands of Marshall.

There was no question that Stein was healthy and ready to go as the team marched onto the field inside Kenan Memorial Stadium the next week, but Bridgewater was still named the starter at QB. The changing of the guard was official. The glory, however, was not going to come until a little bit later.

Bridgewater finished his afternoon against the Tar Heels 19-of-30 for just 173 yards with one touchdown and one interception. The touchdown pass came with 42 seconds remaining and the Cardinals trailing 14-0. Bridgewater walked off the field with his second straight loss as a starter, and a quarterback rating of just 45.0.

Looking back at the game thread from that day, all you'd have to do is change a handful of names and it would read pretty much exactly like last Saturday's thread. 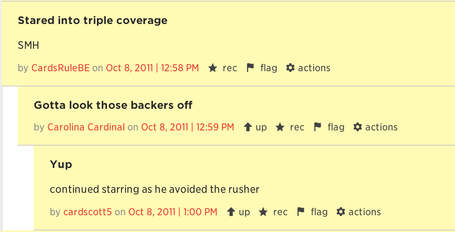 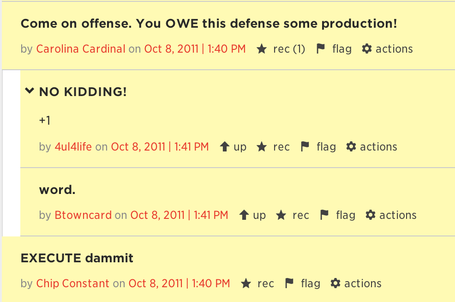 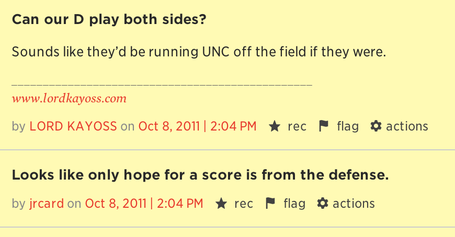 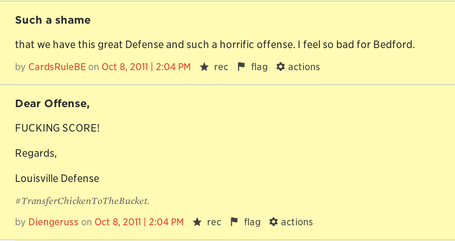 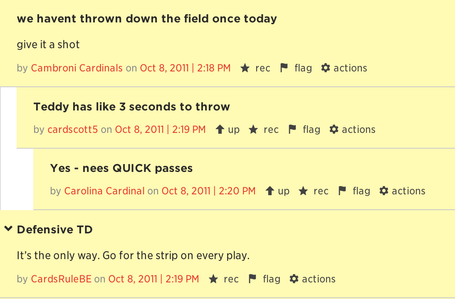 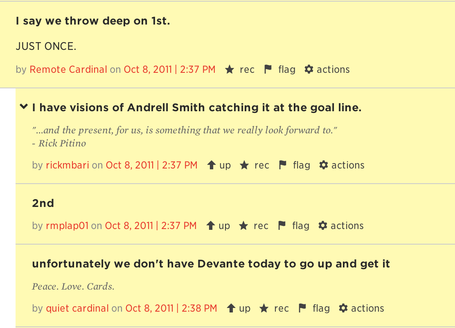 Bridgewater started again the next week at Cincinnati, and Louisville lost again. They then won five of their last six regular season games and shared the Big East championship. I don't think I need to go into any more detail about the two seasons after that.