In one picture, Michael Grimm shows off the proper way to explore London, Amsterdam and Barcelona.

It would appear as though Louisville might not be the only ones wearing new helmets on Sept. 1.

DeVante Parker checks in at No. 57 on ESPN's countdown of the best 100 players in college football. 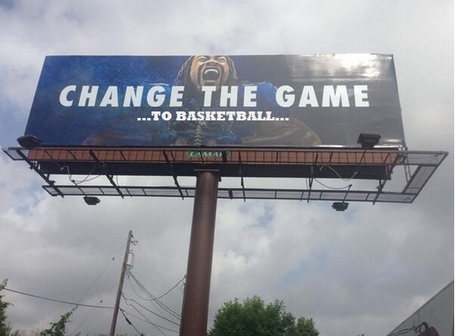 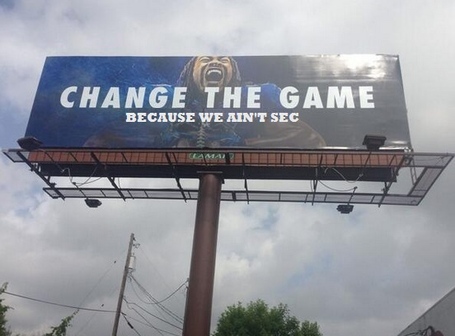 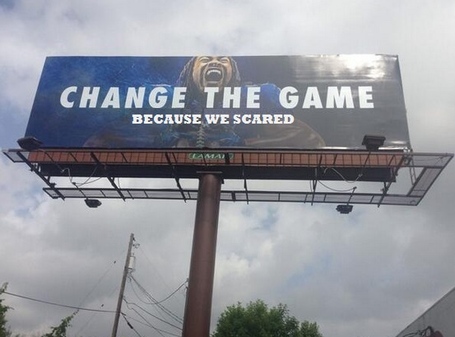 Lorenzo Mauldin is the new face of Louisville football.

Three-star wide receiver Emmanuel Hall committed to Missouri over Louisville and Kentucky, among others, Thursday afternoon.

State of the U breaks down the first week of the college football season, including a quick take on Louisville-Miami.

The Hurricanes will have a national audience and the chance to make a statement. Miami arguably has the toughest conference schedule in the ACC, since their crossover games are against FSU and Louisville. The Coastal division is wide open and given how good Florida State should be in 2014, a win against Louisville is crucial to Miami's hopes of making their first ACC Championship game. I'll be watching the QB battle all August like the rest of you and I'm rooting for Kevin Olsen to emerge as the starter. There is a lot of positive energy coming out of Coral Gables this offseason. We've heard how the defense will be better, the players are faster and stronger, and how much the incoming freshman and JC transfers will help the program. In just over four weeks, none of that talk will matter. Miami has the opportunity to avenge an embarrassing blowout loss to Louisville this past December. Duke Johnson is poised for an award-winning year. It's time to win.

No one's stock is rising faster in the recruiting world than Donovan Mitchell's, who will visit U of L next Thursday and Friday. Mitchell cut his list of schools to 10 on Thursday.

According to a poll of coaches done by Scout's Evan Daniels, Mitchell was the most underrated player of July.

If you don't have anything going on tomorrow, try to make it out to Brownie's for a great event supporting a friend of mine whose family is going through a rough time. 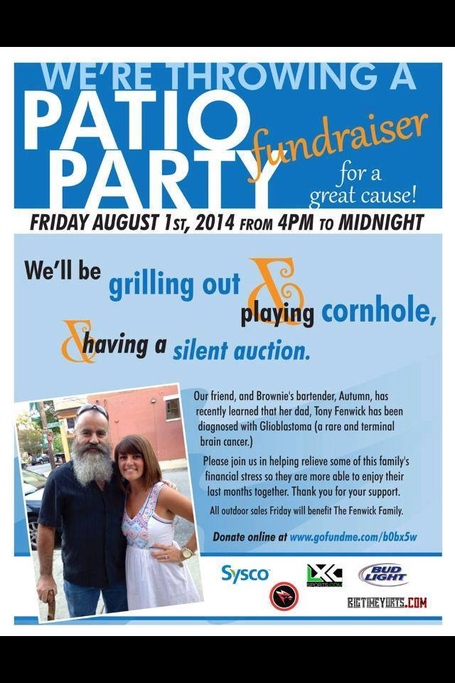 The Big Time Yurts folks will be there selling merchandise, and there are a bunch of great items up for auction. I'll be there from around six until midnight, so come out and we'll drink beer and talk sh-t about FedEx, the NCAA Tournament Selection Committee, USA Today or just the entire 2013-14 LCPT process.

The Sporting News' Mike DeCourcy names Terry Rozier as one of his "Dynamic Dozen."

Why him: With Russ Smith gone after his All-American season, the Cardinals need a new point guard - and probably much more than that.

Senior Chris Jones demonstrated the ability to advance the ball but not a reliable feel for running the offense. Rozier became a dependable reserve for the Cardinals, revealing a gift for running down long rebounds and guarding his position.

Rozier has impressed teammates with his play in the offseason. Incoming freshman Quentin Snider told The Courier-Journal that Rozier "is going to be a monster."

What's next: Rozier is a more natural point than Jones, but he has to continue to grow as a distributor. He played 10 games as a freshman in which he did not record an assist despite playing double-figure minutes. That was partly a product of Smith having the ball in his hands so often, with most of the power to pursue his own shot or initiate action for others.

Rozier did not get a lot of high-quality scoring opportunities aside from open 3-pointers; he made 37 percent of those, which is good, but only 40 percent overall from the field, which is not. The change in his function should lead to better chances and greater productivity.

Louisville may not be ranked in the preseason coaches' poll, but a Corgi likes the Cards at No. 25.

I preview the upcoming AAC basketball season because I have to.

Speaking of the AAC and the other program that left earlier this month...

On a business trip to NYC with a colleague Isaiah Wilson @CardChronicle &reminding ourselves who got the better deal. pic.twitter.com/QlUMWBHFpt

I don't think that L could be any more centered. Flawless execution.

From the aspect of past recruiting rankings, the 2014 Louisville Cardinals will be the most talented team Bobby Petrino has ever coached. That is a comforting thought.

If you'd like to see Raymond Spalding in action and you have access to the Universal Sports channel, you are in luck.

The Ville from Louisville, KY vs. Albany City Rocks from Troy, NY

The AAU National Championship 17U will be headlined by two power forwards that should light up the ACC for years to come. The Ville's Raymond Spalding is ranked by ESPN as a four-star prospect. The #22-ranked power forward in the Class of 2015 has already committed to Louisville. On the opposing side, power forward Elijah Burns, who has committed to Notre Dame, will be matched up with Spalding throughout the game. Burns and three-star point guard Sterling Taplin are a very good inside-outside tandem for the Albany City Rocks.

The coaching life span at Louisville (for football) is about 5.4 years.

The ACC and Notre Dame are expected to finalize the details for the remainder of their 60-game contract soon.

Bobby Petrino uses the allure of the city of Louisville as his main recruiting pitch when going after kids in the state of Alabama.

His tactic is simple: Play up the vibrancy of the school's home city. "The number one thing we need to do with young men from the state of Alabama is just get them here, and get them on our campus," Petrino says. "They like it here, they like the fact we have a city and it's a very diverse place. They feel very comfortable."

If he can get them there.

Before Thingstad committed to Louisville he noted that a downside to the school was the 10-hour drive from Mobile. Bonner's trip for Demopolis took seven-and-a-half hours. From Birmingham, Louisville is less than six hours away. Despite the distance, Petrino says, "It's simple to get from here to the Birmingham area and the rest of Alabama. They need to experience it and go through it to see how close it really is."

Petrino dispatches cornerbacks coach Terrell Buckley and defensive line coach L.D. Scott to Alabama to persuade recruits to visit the school. Buckley, a Pascagoula, Miss. native, recruits the Mobile area and the majority of Mississippi. Scott, who is from Auburn, recruits the rest of Alabama.

Scott was a big reason why Bonner picked Louisville over Mississippi State and Kentucky. "He told me everything," Bonner says. "We were with each other for like two hours. He showed me around the whole campus. I liked being around him."

Montrezl Harrell makes Myron Medcalf's list of the four college hoops folks, living or dead, he would like to have dinner with.

Montrezl Harrell: How did the Louisville junior end up in this group? He shattered his SECOND backboard of the year on Sunday. We know he can't duplicate that in a real game with real rims -- he broke both backboards in off-campus matchups -- but he's still one of the most ferocious dunkers in college basketball today. Last season, his 98 dunks established a Louisville record. I saw him last month at an event in Louisville. When you see him walking among the mortals, he looks like something that Marvel created. We need someone to represent the current game at this function. So Harrell gets an invite. Just don't break the table or the chairs, man. We gotta eat first.

The word out of Vikings training camp continues to be that Teddy Bridgewater looks good enough to start from day one.

Some Card on Card/Bill on Bill crime:

The Palm Beach Post says Louisville is one of Miami's five biggest games of the 2014 season.

Sept. 1 at Louisville: Possibly the most critical game on the schedule.

With a win, the boost for the Hurricanes could be immense. If they travel to a sure-to-be-wild Papa John's Cardinal Stadium and their new quarterback passes the test? If their defense stands up to a Bobby Petrino offense in a prime-time, national-TV, Labor Day night showdown? Miami will be feeling sky-high.

Not only would they carry tons of momentum through two much easier games (Florida A&M and Arkansas State at home) into Nebraska, but they'd shake the stink from Orlando, when Teddy Bridgewater and that dogs-on-raw-meat defense tore them apart in the Russell Athletic Bowl. They'd also chase away the ghosts of 2006, when they stomped on the Cardinal logo at midfield and then were trampled by Petrino's Cardinals. Their return to PJCS must be better than that.

If they play anything like 2006 - or the latter part of last season, when they allowed 500-plus yards in six of their final eight games - the heat will be on Al Golden and defensive coordinator Mark D'Onofrio. A loss would be UM's fifth in its last seven games.

After spending the past two seasons with Estudiantes, it appears Kyle Kuric will be continuing his pro career with Gran Canaria, another member of the ACB League, which represents the top level of Spanish basketball.

Former Card Alex Kupper is making the most out of a huge opportunity in Houston.

Offensive guard Alex Kupper spent most of his rookie season on the Texans' practice squad. But the former undrafted rookie has found himself working with the first-team offense early in this training camp.

And he's trying to make the most of it.

"It's a process that people like myself need to take full advantage of and it's a physical league and you have to hold up day in and day out," he said after Tuesday morning's practice. "It's a challenge but it's a challenge I'm willing to meet."

Kupper, who played center at Louisville, is getting those first team reps at right guard, where Brandon Brooks played last season. Brooks opened training camp on the Non-football Injury list and hasn't yet been removed, even though head coach Bill O'Brien said "he's closer." Brooks can't practice until he's off that list.

Without Brooks, the Texans turned to third-year player Cody White. But on the second day of training camp, White tore his Achilles and was lost for the season.

So it's been Kupper and third-year player Ben Jones manning the guard positions, with rookie second-round pick Xavier Su'a-Filo right behind them.

James Sample, the former 4-star safety who announced he was transferring from Washington to Louisville earlier this summer, has still not registered for classes at U of L. That's probably not a good sign.

More from the in-process silo demolition:

It's a long process but the #Silos are finally coming down pic.twitter.com/yzcHCvy9Wp

The Sacramento Kings worked out both Terrence Williams and Dahntay Jones today. No word yet on whether or not anything came of it.

And finally, Greg and Erin actually made it a point to take this pic while they were celebrating their 5-year anniversary with a trip to Chicago. 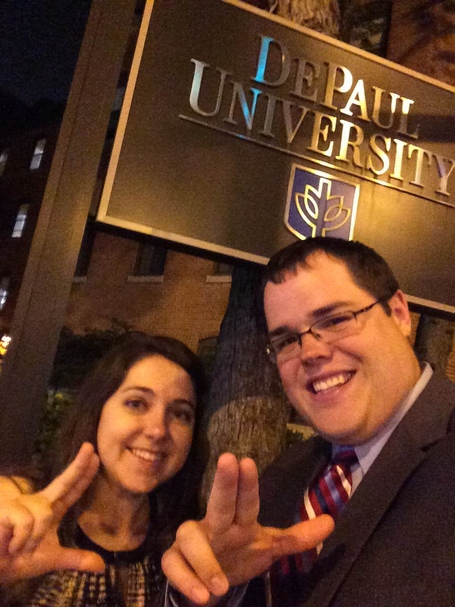 Couldn't be prouder. I hope this train rolls on forever.