The Tom Jurich Maker's Mark bottles officially hit stores in the city this morning, and despite the claims from some rival fans that the bottle wouldn't sell, it appears to be selling so well that some stores are attempting to capitalize on the situation by forcing customers to purchase less popular rivalry merchandise. 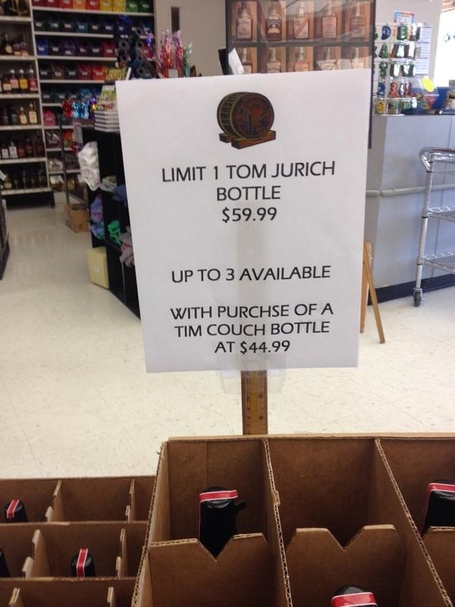 Aside from that, the day seems to be going swimmingly.

my dads making me stand in line on friday morning at 9am for an hour to get a tom jurich makers mark bottle.... @CardChronicle @JoeBrangers

People coming in asking for these #tomjurich bottles every ten minutes. Not to mention all the phone calls as well

If you've had a success or horror story, or have some tips for folks still in the market for a bottle, this is your place to share them.