Sarah Trainor and Dietrich Graves are vacationing in Morocco, where Fridays are universally synonymous with L chucking and camel riding.

DeVante Parker talks about getting his degree, his love for SpongeBob and his occasional frustration playing in a Charlie Strong/Shawn Watson offense that "didn't want to score anything."

In what is unquestionably the biggest news of the morning, it appears as though Matz Stockman has emerged as the de facto DJ for the freshman class. 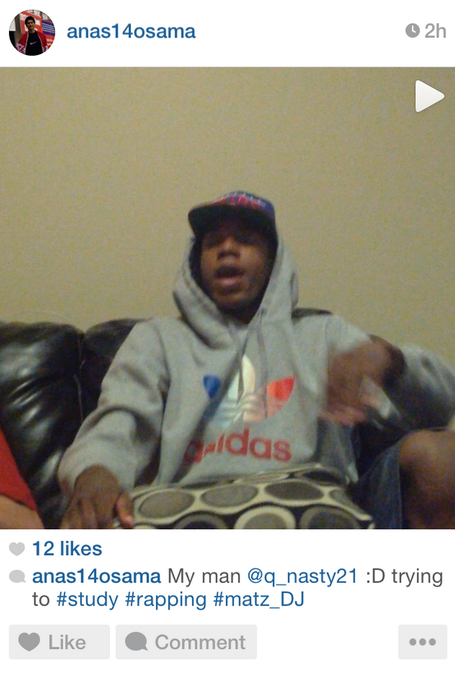 You think you couldn't possibly be more excited about the upcoming season, and then "DJ Matz" happens.

Louisville's 69-14 trouncing of North Carolina from 2005 is now on YouTube in full.

Safety Calvin Pryor was asked about violence against women after his first training camp practice in his first season in the NFL. He could have avoided the question. He didn't.

If only Roger Goodell, Ozzie Newsome or John Harbaugh could make a statement like that.

Speaking of Pryor, he arrived at Jets training camp on Wednesday and said that it's been a great experience so far.

The Washington Post mistakenly thought "Never Graduate" was Louisville's slogan and not, you know, ESPNU's. They then also totally butchered their post update.

When it comes to covering the spread at home, Bobby Petrino is one of college football's most successful coaches.

4. Louisville's Bobby Petrino. The Cardinals' former and once-again coach is 37-16 ATS at home in his head coaching career. During his previous four-year stint at Louisville (2003-06), the Cardinals went 15-6 ATS at home. Florida State visits Papa John's Cardinal Stadium for a Thursday night game Oct. 30. The Seminoles are 17-point favorites at Louisville in the Golden Nugget Games of the Year lines.

This year's Hurricane team is hoping to start the season with a win over the Cards so they can help make Miami a football town again.

Slam Magazine says that Shoni Schimmel has brought Showtime to the WNBA, but her transition hasn't been easy.

Eric Crawford says he tried, but couldn't get himself worked up over Mark Stoops skipping out on the Governor's Cup Luncheon.

U of L softball has added a new assistant coach in Jay Miller.

It's been a super creepy week.

Neighbor's cat has been staring at me from the exact same spot for the last two hours. pic.twitter.com/dx7RccRl8U

The Louisville men's soccer program will host its kickoff banquet on Saturday, Aug. 16.

A quick breakdown of the ACC's bowl payouts.

While the Sugar and Rose payouts are 45 percent larger than the Orange, the $12.5 million disparity calculates to a modest $892,000 for each of the ACC's 14 football members.

However, when the ACC plays Notre Dame in the Orange Bowl, the Fighting Irish receive "only" $13.75 million, leaving the ACC $41.25 million of the game's $55 million combined payout.

Finally, Swofford described a far more nuanced approach to filling the ACC's bowl slots below the College Football Playoff and Russell Athletic. Rather than have a distinct pecking order in which bowls select their preferred ACC team, bowls will be grouped in two tiers, giving the ACC office, in consult with the opposing conference in a particular bowl, more influence on matchups.

The ACC's tier one bowls are Belk, Sun, Pinstripe and Music City or Taxslayer (formerly the Gator). Tier two games are the Military, Independence and Detroit Lions Bowl.

"In an ideal world, everyone has a different choice and you're through," Swofford said. "But in reality, that might not necessarily happen. ... Potentially, it's a little more complicated, but I think it will be worth the effort, for everybody. Not that everybody is going to get  exactly what they want. ... Hopefully everybody plays nice in the sandbox."

Antonio Blakeney and Ray Spalding both put on shows with Rick Pitino watching Thursday morning. Here are some highlights from Blakeney's first game of the day, where he dropped 27 points.

Blakeney finished Thursday with more than 60 total points in three games, all won by his team. Pitino was there for each contest.

The U of L women's team's non-conference schedule includes seven teams that played in the 2014 NCAA Tournament. The Cards will host rival Kentucky on Dec. 7.

And finally, an LCPT champion will be crowned today at 2 p.m., and FedEx has currently clawed its way back to within 70 votes of the Selection Committee. Should be an unparalleled afternoon for excitement. Make sure to vote.