Yaruk, Salik and Rimsha Chowan had to show some love from the top of the tallest building in the Western Hemisphere during their recent trip to Toronto.

Bad, but somewhat expected, news for Peyton Siva in Detroit, as he will reportedly be officially released by the Pistons today. Here's hoping another franchise looks at what he was able to do on the rare occasion when he was given a shot. Regardless of what the next step is, I don't think anyone around here doubts that it will be a successful one for Peyton.

The C-J catches up with new U of L commit Deng Adel's high school coach and guardian for a telling Q&A.

When did Deng determine that he was ready to commit to Louisville?

We have been talking about the right time and just making sure that that's what he wanted to do and was 150 percent his decision. I was very supportive of him obviously with it being a great program and a great coach (in Rick Pitino) and a great system. We were happy for him.

What did he say about why he thought it was a good situation for him?

The style of play (of Louisville), and his ability to play on both ends is really what Coach preaches every day. It was just the right fit, timing and their need. They need someone at that position.

Did you get a sense that he was the top priority for them there? Did Louisville express that?

That was expressed, and seeing Coach Pitino at Adidas Unrivaled (camp in Chicago last week) just verified it.

How important was his familiarity with Mangok, who was also at the Chicago camp playing last week, or anything that Mangok had to say that played a role in Deng's comfort level with Louisville?

Well I'm Mangok's guardian, and I'm his guardian. We had six kids at the camp, four players and two other guys who worked. Jamari Traylor from Kansas is my kid, too. It's just always good to see our basketball family, guys who do the day-to-day grind with you in the summer and the offseason. When the college guys come back and play and talk to our kids coming up about what college is like and what they should expect. It was just good to be in that environment for those guys.

The latest bowl projections from Athlon have Louisville squaring off against Mississippi State in the Belk Bowl.

Louisville baseball has hired Eric Snider, formerly the associate head coach at Illinois, to be its new recruiting coordinator/hitting coach. Snider replaces Chris Lemonis, who left a couple weeks ago to become the new head coach at Indiana. 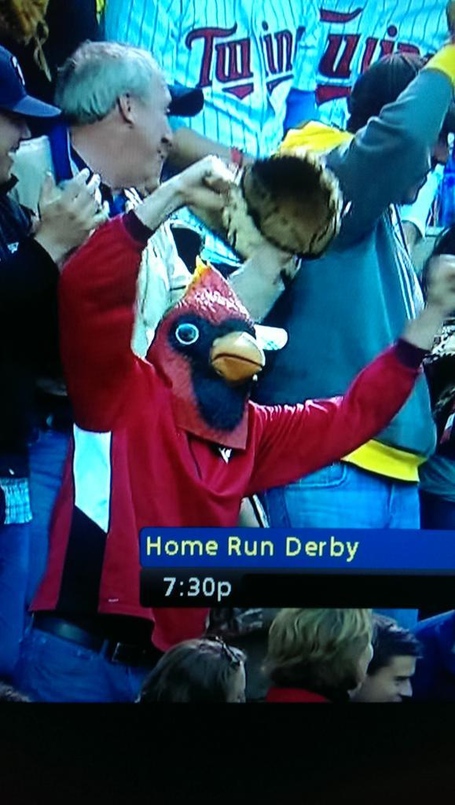 NBC takes a closer look at Deng Adel's journey from the Sudan to Australia to America and, ultimately, to his commitment to Louisville.

NFL.com ranks every college football team's quarterback situation and has Louisville at No. 47.

Starter/backup: Will Gardner/Patrick Thomas
Buzz: It certainly would've been interesting to see new Louisville coach Bobby Petrino work with Teddy Bridgewater, but Gardner looks to be a nice consolation prize. He was tremendous in Louisville's spring game (32-of-37 for 542 yards). Gardner (6-5, 226) has a strong arm and gets to work with a loaded offense. The backup? That race is up in the air, though Thomas is a JC transfer with dual-threat abilities.

Angel McCoughtry is once again a finalist for the Best WNBA Player ESPY. You can vote for her here.

The rest of the ACC is also well-represented when it comes to ESPY finalists.

The Takeover has begun. 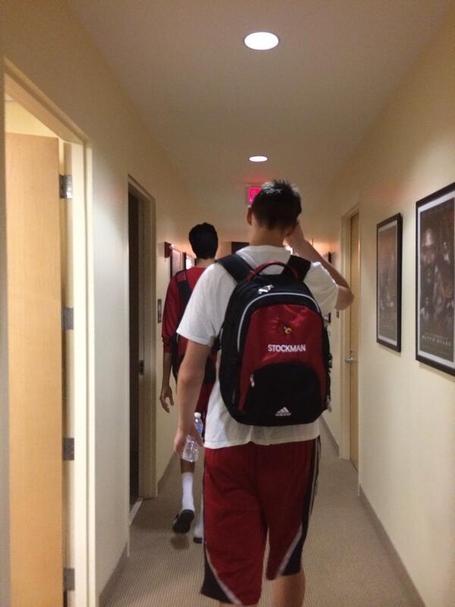 If U of L were allowed to sale Stockman backpacks they'd have enough money to expand Papa John's Cardinal Stadium to 300,000 seats.

The Sporting News put together all the preseason rankings from various publications to make a set of consensus rankings, and Louisville did not land in the top 38. ACC brethren Florida State is the consensus No. 1.

Thomas Beisner of CN2 Sports asks me some questions about U of L football, and I respond by talking too fast and choosing my words poorly.

It's not Michael Dyer's fault, I'm just not ready to see anyone else wearing No. 5 yet. 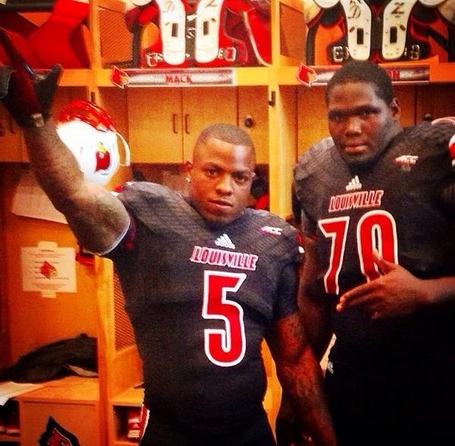 In a related story...hey there, red face masks.

Like The Golden Nugget, the Las Vegas Hilton likes Florida State as a 17-point favorite over Louisville.

The Cardinal Sports Zone folks are back with their weekly hoops recruiting notebook.

Would you like to see Teddy Bridgewater throwing a football through a basketball hoop? Because if we work together we can make that happen in just a couple of seconds.

It appears that Eli Roth is doing Duke football's publicity photos. You see, we're allowed to make fun of Duke now that we're in the same conference, which is an added bonus.

According to Jody Demling, Louisville offered a scholarship to five-star class of 2016 forward T.J. Leaf from California on Monday.

Via Crum's Revenge, the U of L volleyball team has spent its summer getting happy.

It got a little bit lost in the shuffle with all the big news that broke at the end of last week, but Luke Hancock dubbing Stephan Van Treese as "Vanilla Godzilla" now that SVT is headed to Japan might be the best thing of the summer.

You've only got a few hours left to give Mike Mayock a miracle trip into the Final Four. 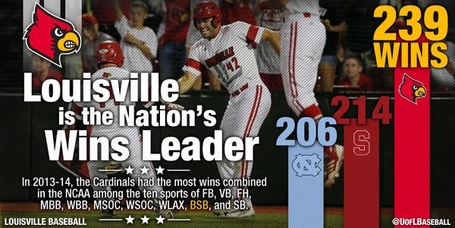 In news that should surprise no one, Shoni Schimmel has the best-selling jersey in the WNBA.

The folks over at The Daily Gopher are understandably annoyed by the incessant talk of Richard Pitino eventually succeeding his dad at Louisville.

And finally, Watch List Watch 2014 rolls on with more honors for both Lorenzo Mauldin and Jake Smith. Mauldin is one of 51 players on the Butkus Award (best linebacker) watch list, while Smith made his third watch list by being mentioned as a preseason candidate for the Lombardi Award. Congrats again to both guys.