Ryan Pitino apparently didn't bring his chicken suit to The Colosseum, which might be the most disappointing moment of the summer so far.

The Courier's Adam Himmelsbach was cool enough to feature me in the latest installment of his "Adam Asks" series. I talked about bird masks, life as a law school dropout and dropped a handful of profanities that he was kind enough to edit out.

The latest chapter in Terrence Williams' more down than up post-Louisville career includes him being cut from a team in The Philippines.

While Williams boasts great credentials as a former No. 11 overall pick in the NBA, he just wasn't a good fit in the PBA.

"There's a misfit. Things like that happen," said Gregorio.

Williams scored 26 points in the Bolts' loss on Saturday to Barangay Ginebra San Miguel, but he once again struggled with too many attempts from beyond the arc.

Some highlights of Teddy Bridgewater in action (but not as many as Matt Cassel in action) from the Vikings' Tuesday practice.

He doesn't get brought up often when the topic of Tom Jurich's best hires is discussed, but Arthur Albeiro has taken Louisville swimming from nothing to a legitimate national power.

Tray Matthews, feel free to come on down.

I'm sorry UGA family.I swear to God I love yal.I'm crying right now but I won't forget. Love the dawgs.Auburn or Louisville will be my home

The C-J's Jeff Greer has five questions for Louisville basketball.

4. How does Wayne Blackshear respond to his last chance?

The former McDonald's All-American, still the only one on Louisville's roster, has one final season to rise to the expectations that precede him. They are high, but they aren't unwarranted. Blackshear is a 6-foot-5, 230-pound wing who can rebound, block shots, get steals and shoot, but a tentativeness to his personality prevented him from recognizing his ability.

Blackshear has the tools to be a box-score-stuffing wing, and Pitino insisted earlier this spring that his senior captain had accepted the challenge to put in the extra work required to become a star. But the Louisville fan base has understandably taken the wait-and-see approach.

5. Who takes the last shot?

I know, I know. It's June. We're five months away from the season tip-off against Minnesota. But Louisville mightily struggled with the final minutes of close games, and the team's Achilles' heel dealt one final blow in the Sweet 16 against UK. The Cards lost several games last season because of that late-game execution problem, and they won't play nearly as many in-conference cupcakes as they did last season.

This team will be built around Harrell, so perhaps the final possessions with necessitate entry passes to the big fella. Who makes them? Luke Hancock was the best entry passer on the team, and he's gone. But Rozier's rising-star status makes him an intriguing final-shot candidate, as does Blackshear's potential progression. Jones certainly won't be afraid, either.

Ballard freshman Jordan Adell, widely-regarded as Kentucky's best player in the class of 2018, committed to U of L on Monday night.

SB Nation's Swish Appeal sits down for a great Q&A with Shoni Schimmel, whose pro career is off to a terrific start. 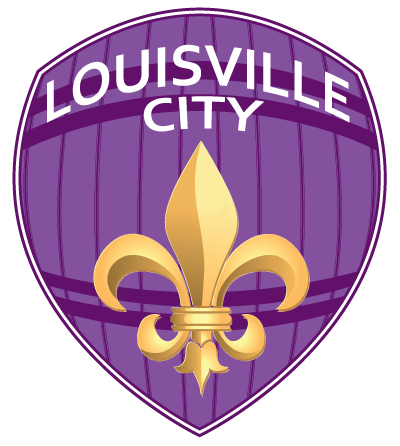 I like the idea, but the execution seems kind of...I don't know, amateur. It just looks like something I'd see on an outdated LMPD or JCPS website. It's like clip art. Maybe I'm being too critical.

Georgia cornerback Jeremy McDuffie picked up an offer from U of L on Tuesday.

Your Red & Black Rewind for the past week:

Following his workout with the Celtics on Monday, Russ Smith discussed his friendship with Louisville native Rajon Rondo.

Chris Paul had a better 29th birthday than I did.

The U of L baseball team's quest for a national title may have gotten a big boost last night when the Indiana squad that has had their number the last two years was bounced by Stanford via a dramatic walk-off home run in the 9th. If the Cards advance past Kennesaw State this weekend, they'll now face either the Cardinal or Vanderbilt in their College World Series opener.

Taylor just began her rookie season with the Lynx after being taken with the last pick in the 2014 WNBA Draft, but she has already started to make an impact at Minnesota. She scored 18 points in a preseason game against the Chicago Sky and had another 10 point game in the Lynx's 87-82 win over the New York Liberty, a game that Dieng attended with his wife and mother.

"I actually didn't see him, I don't really know exactly when he came in," Taylor said. "But when I saw him over there I kind of gave him a little wave and stuff."

After Taylor was drafted by the Lynx, she says she immediately thought of Dieng being in the Twin Cities and was glad that she would have a familiar face somewhere far from home.

"We hung out a lot, women's basketball and men's basketball, we pretty much hung out with each other all the time and stuff so, you know, when I found out I got drafted here, the first thing I thought about was ‘Dang, at least I'll know somebody that's there,'" Taylor said. "It was really good. He texted me, you know, and was like, ‘Welcome.'"

"That was my first time going and we walk in, everybody knows him," Taylor said. "I was like ‘Dang Gorgui! How often do you come here?'"

Underneath the dinners, jokes and video games, Dieng and Taylor have a friendship built on mutual respect and a love for basketball.

Taylor says she has gotten a lot of support and encouragement in person from Dieng at Louisville, texts following the WNBA Draft and visits during these last few weeks here with the Lynx. As soon as her season is over, she plans to return the favor.

"It's just support," Taylor said. "And this year, I'll definitely be at as many of his [Timberwolves] games as I can be."

Russ Smith worked out for the Toronto Raptors on Tuesday. The Raptors have three picks in the upcoming NBA Draft.

The Derby ticket lawsuit featuring Steve Masiello (which somehow was still a thing) has been dismissed.

247Sports.com says former U of L QB commit Ross Trail is likely to commit to Ole Miss if the Rebels offer. Trail had originally re-affirmed his allegiance to the Cards following the hiring of Bobby Petrino.

As you might expect, Rick Pitino had nothing but high praise for Russ Smith when talking to The Boston Globe this week. Russ, for his part, also had high praise for himself.

When asked if he is being underestimated prior to the draft, Smith said, "Oh, yeah. What they see is a senior, a guy who's slim. They really don't look at the body of work. If they look at everybody I played against and every draft pick that went and how I outplayed them, they wouldn't be talking about me the way they are talking now."

Pitino believes Smith will make a fine NBA player. "Russ is a very unique pick because Russ is an unguardable basketball player," the coach said. "And although a lot of teams are not looking at him in the first [round], every coach I've seen at the ACC meetings, if you are a first-round draft choice and you are a guard and you're at a workout camp and Russ Smith walks in, you're telling your agent to get you the hell out of there. That's the type of kid Russ is. If he comes walking through that door, you want to say immediately my hamstring's bothering me."

Said Smith, "If it was up to my body of work, everybody would love me. But that's not the case. I'm not going to be complacent with just contributing. If I know I can contribute and do more, then I'll turn it up. There's no doubt in my mind."

That confidence is likely what will help carry Smith into the NBA, and he said that's all the opportunity he requires.

"I know individually, nobody can guard me," he said. "I can get any shot I want. I can get to any spot I want. I make the best decisions and I have been the most efficient player in America the past two seasons. If that is not the proof in the pudding, I don't know what is."

And finally, Louisville/Floirda State makes PJCS the week 10 location of ESPN's Ultimate ACC Road Trip for 2014. As it should be.