Thoughts: John Miller has been our starting left guard since Clinton was in office. Ok, not really, but it sure seems like it. As a freshman he started 10 games, as a sophomore it was 11, and last year it was all 13. The man has been a rock, and people have taken notice. Some of the early draft specialists have Miller as the 23rd best guard in the county.

After adding some size in the offseason, I plan on Miller being a huge part of an experienced line that’s tough to move and always tough to get past. Offensive linemen aren’t celebrated too much (outside of this amazing countdown) but we’ve seen the ramifications of not having the size and strength necessary to compete up front. Teddy Bridgewater is not Teddy Bridgewater without the John Millers, Jake Smiths, Jamon Browns, etc of the world. Next time you see one of these big guys out and about go give them a bear hug and buy them a beer. Actually, that’s probably a NCAA violation. Skip the hug, just buy them the beer.

Saturday night at 2:16am? You better believe I’m up Big Boosie, and watching the heck out of some infomercials with Mrs. CardinalStrong…

Me: Look at this babe, a spray can full of stuff that fixes leaks and cracks. Look, he just fixed that flower pot..

Me: Easy there, moneybags. You fix like 20 or 30 terracotta pots and you’re swimming in coins like Scrooge McDuck.

Mrs: I don’t know. It looks like it would be awful messy, why not use just use glue.

Me: Can you glue a freakin’ screen door to the bottom of a boat?! I think not. ORDER IT! 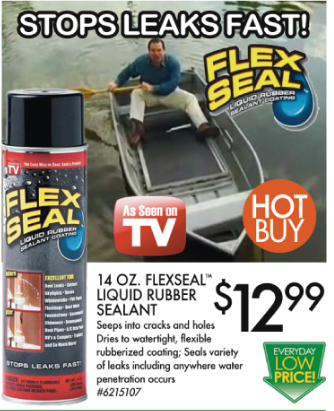 Me: This chamois is pretty sweet. It’s soaking up that whole plate full of water. I could use a few of those for when I wash the car.

Mrs: Oh, you mean for the two times you actually do that during the year?

Me: Listen, I hate waterspots more than I hate dirt, and since I don’t have these chamois I just assume leave them dirty. It’s pretty straightforward babe.

Mrs: So if we get them you’ll wash the cars more often?

Me: I’m not making any promises, but the guy claims they leave you saying ‘Wow’ every time you’re finished with them.

Mrs: Certainly more than I can say for you. 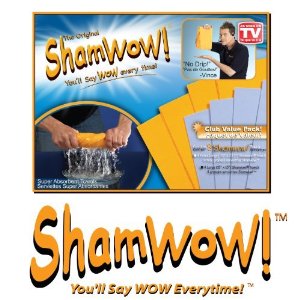