Chalk another one up for the good guys.

Dahu Green's hometown newspaper talks about his commitment to Louisville.

In addition to giving an update on the status of James Quick, Bobby Petrino told members of the media that projected defensive starters Lorenzo Mauldin and Keith Brown are both back and healthy.

Mauldin, a former defensive end who had labrum surgery after last season and missed the spring, aimed to return in May and he's done exactly that. He's the highest-profile returning player on Louisville's defense.

Brown, a prized linebacker prospect out of high school, missed the 2013 season after having surgery to repair a partially torn ACL. He's expected to start this fall.

"Lorenzo and Keith are both full speed. (Keith) is still in the process of learning the defense and understanding everything. He's been going through all the quickness and change of direction drills at full speed. He's still a very talented young man."

The uncle of former Memphis basketball player Pierre Henderson-Niles is claiming that John Calipari paid his nephew to come play for the Tigers. The whole story sounds fishy at best, but if true, it's safe to say that was one of the worst investments in the history of sports.

This company could probably do better business in Louisville (via @molestinam). 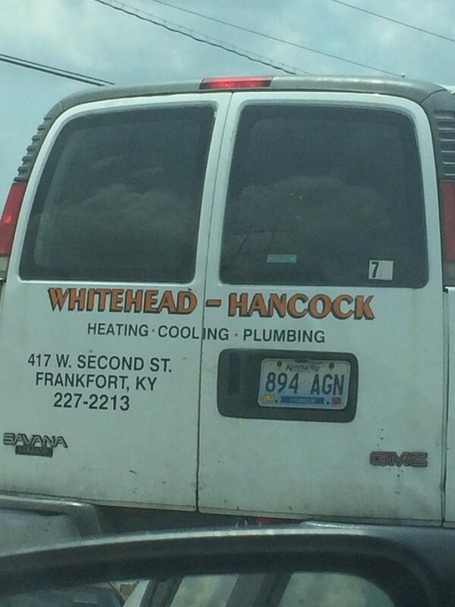 Three-star linebacker Nick Dawson was supposed to announce his college decision Wednesday night, but tweeted earlier that day that he was electing to take more time.

Russ Smith is going to New Orleans with the 45th overall pick according to the latest mock draft from DraftExpress.

CBS NBA writer Zach Harper places Russ in the category of "You Can Trust Him Running the Second Unit for a Decade" as far as point guards in the 2014 draft class are concerned.

Russ Smith, Louisville: I think the playmaking instincts of Russ Smith are good, but I'm not convinced he won't be the same type of scoring point guard in the NBA that he was at Louisville. At least, I expect that to be the mentality he has at any level of comptetition. He shot the ball solidly from 3-point range his last season, but it was the only real successful shooting season from downtown he's had. Hard to know if that was the start of something good or an outlier for him.

The Indianapolis Star takes a closer look at Eron Gordon and his interest in Louisville.

That's not where a lot of these places are actually located. 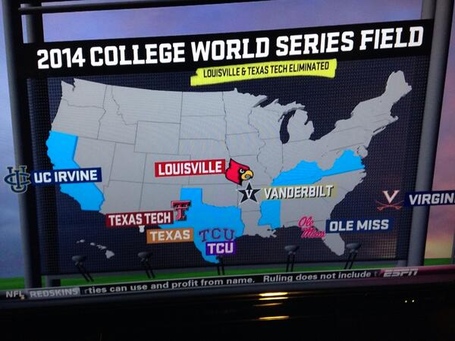 Former U of L volleyballer Caitlin Welch is offering a series of defensive camps this summer in the month of July at the Mid-American Sports Complex. More information on the camps, including how to sign up, can be found here.

Calvin Pryor has brought his big hitting and big talking to New York, and Geno Smith isn't particularly thrilled about it.

Notable: this comment was made shortly after Pryor had picked off Smith during and end-of-practice scrimmage.

Busting Brackets asks whether or not the ACC is ready for Louisville basketball.

Just when you think Sept. 1 couldn't get any bigger, Lifetime announces that it's running a Saved by the Bell movie. The end of this summer is going to be the most eventful of my life.

A shot of the Louisville Jets minus Breno Giacomini: 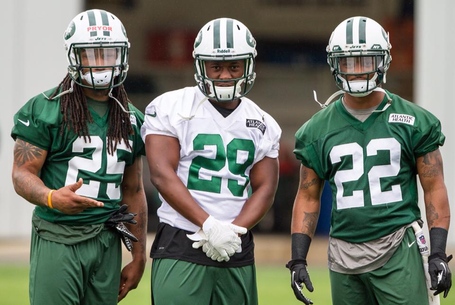 According to Mike Farrell of Rivals, 2016 Alabama running back Kingston Davis has Alabama, Auburn, Louisville, South Carolina and Oregon State in his top five.

Last night I passed on the U of L beanbag chair that I got as a Christmas present when I was 10 to my nephews. It was a staple of my old room at my parents' house, then followed me to college and every stop after. As I walked out of my brother's house, I turned slowly to take one last look and saw my nephews joyfully wrestling on top of it. Couldn't have been more Toy Story 3.

Rich Gannon is on the Teddy Bridgewater bandwagon.

"He throws it really well,'' Gannon said of Bridgewater, a first-round pick from Louisville in last month's draft. "I think his accuracy is pretty good. I think he's got plenty of arm talent. The other thing that you are going to see is he's going to get bigger and stronger. There's no question about it when you look at his frame."

Gannon chatted with Vikings offensive coordinator Norv Turner and quarterbacks coach Scott Turner after the workout. Norv Turner was Gannon's head coach in his final NFL season with the Raiders in 2004.

"(Bridgewater) sees the field well, and that's something that's impressive for a young quarterback, because I remember when I came in it was going so fast," Gannon said. "I just wanted it to slow down. I think it shows that he came from a pro-style offense and getting the ball out quick.

"I think it's an ideal situation learning behind two veterans (Matt Cassel and Christian Ponder), and he'll eventually be the guy."

A reminder that the CC Cartoon Challenge bracket has been set.

Little girl I babysit for wanted to play basketball and said I was UofL and she was UK. So I had to beat a 6 year old in basketball

U of L recruit Ray Smith has been a standout at the NBA Top 100 camp.

And finally, with baseball officially over, we will be formally accepting your 2013-14 LCPT nominations on Monday. Spend the weekend thinking hard.