U of L Athletics Enjoying Record Success In The Classroom

Share All sharing options for: U of L Athletics Enjoying Record Success In The Classroom

While U of L's athletic program has gotten the attention of fans across the country over the past two years for its play on the field (or court or whatever), Cardinal athletes have been just as stellar in the classroom during this time.

Nine Louisville sports teams had perfect APR scores in 2012-13 including the football team, one of just two Division-I gridiron squads in the United States with a perfect score of 1000. Two UofL teams-women's golf and volleyball-sported overall GPAs above 3.5 while 19 of 23 teams (83 percent) had GPAs of 3.0 or higher.

This chart fully encompasses Louisville's recent success in the classroom: 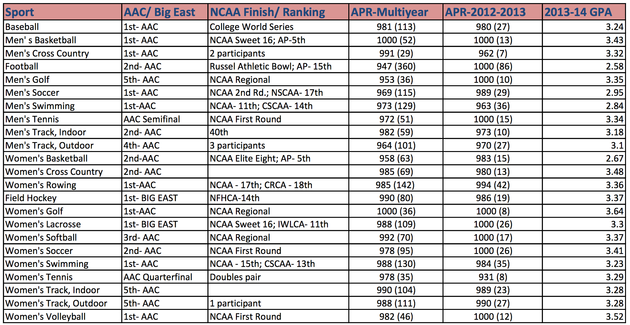 We've said it a number of times before, but there's never been an easier time to be a Louisville sports fan.