The state of Kentucky's biggest unofficial holiday -- the Louisville/Kentucky basketball game -- will take place on Dec. 27 this season. With the Sun Bowl being played the same day, the game will be televised on ESPN2 and not CBS like in years past. 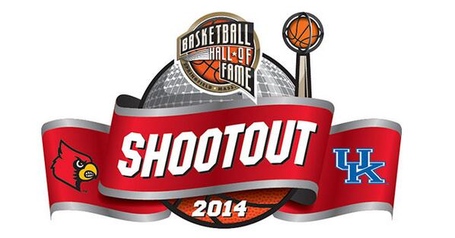 Can't say I'm a fan of the game having a gimmick or being played on ESPN2, but what are you gonna do?

It's also crazy that we're in a situation where the Louisville-Kentucky football (Nov. 29) and basketball (Dec. 27) games are going to be played less than a month apart. This will be the most hate-filled holiday season of all-time.