That's Louie hanging with super Cards fan Taylor Eubanks, who is currently in the hospital battling complications from Cystic Fibrosis. More info on Taylor and how you can help in the post.

As mentioned above, our news and notes picture of day is Taylor Eubanks, a huge Cardinal fan and a member of U of L's Alpha Omicron Pi sorority who is currently in the hospital in critical condition battling complications from Cystic Fibrosis. Taylor's awaiting a lung transplant, and our thoughts and prayers are with both her and the family and friends who love her.

The sisters of Alpha Omicron Pi have created a team for the Great Strides Walk for the Cystic Fibrosis Foundation in Louisville on May 17th in Taylor's honor. Anyone can donate towards the team or join the team themselves by visiting this link.

Is Teddy really that skinny. SB Nation's Jason Kirk compared his BMP to every other starting quarterback in the NFL in order to find out.

So let's say Bridgewater gains a little weight during his first couple years in the league, as is normal for skinny quarterbacks.

For the 19 quarterbacks here who added pounds, the average BMI increase is .58. On Bridgewater's 6'2 frame, that would mean gaining about four pounds, preferably of muscle. For him to gain comparable to the three biggest risers in his starting BMI class (Flacco, Eli Manning, and Weeden), he'd need to play around 214 pounds. Which he already hit at the Combine. If he were to gain a mere 10 pounds and reach 218, he'd have an above-average NFL BMI of 28.

A prospect's frame and mass are legitimate concerns for talent evaluators. And if his knees really are too frail to handle the NFL, then alright. But it's hard to say Bridgewater's overall size rules him out of being one of the NFL Draft's first picks, both since he's not that tiny and since he has room to grow.

The Louisville baseball team is up to No. 5 in the latest coaches' poll, but still No. 10 in the Baseball America Top 25.

Vance Bedford is currently finding out that coaching at Texas is just a tad different than coaching at Louisville. A thinly-veiled shot at a rival on Twitter turns into a national story that results in you being on the receiving end of shots taken on SportsCenter.

Just remember that you all chose this. Howard Schnellenberger and John L. Smith both told you the same thing, and you still chose this.

Rutgers is just too Jersey for its own good. Congrats, Big Ten.

ESPN's Todd McShay and Ron Jaworski talk about the rise of Louisville football. 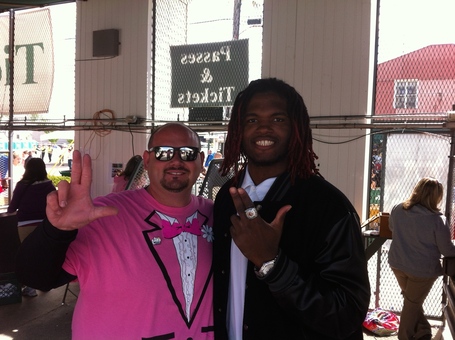 Teddy Bridgewater is one of 10 underrated players that college football fans would have no problem drafting.

Five-star class of 2015 center Stephen Zimmerman has Louisville among his final eight.

My top 8 (in no particular order). Thank you to all the great programs that expressed interest in me. #blessed pic.twitter.com/LNTHzicfaf

The Cards are also among the many teams pursuing Thon Maker...which would make for a pretty straightforward Maker's Mark bottle.

Speaking of Smith, he sat down and talked with CardsTV last week.

The latest NFL mock draft from ESPN has Calvin Pryor going to the Bears with pick 14 and Teddy Bridgewater to the Jaguars with the 29th pick.

When you dominate a conference from start to finish, this is what happens: 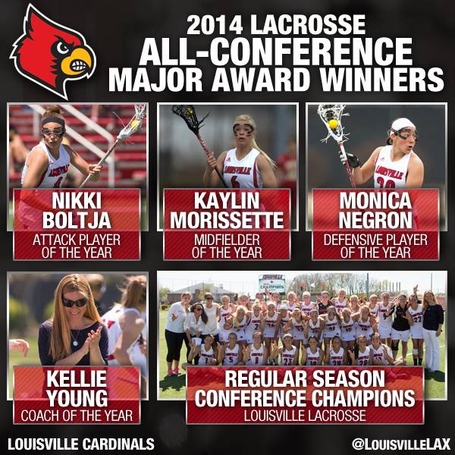 Congrats again to the ladies on claiming the Big East Tournament title and notching their first ever bid to the NCAA Tournament. As a program, U of L now has 11 conference championships for the 2013-14 season.

An NFL statistical website says there's no reason why Teddy Bridgewater should be considered a "fringe first round pick."

Right there with ya, Miles.

Add Sports Illustrated's Peter King to the list of experts predicting that Teddy won't be selected until the second round.

U of L baseball's Jeff Gardner is up for the Senior Class Award, and you can vote for him here.

The C-J's Jeff Greer focuses on U of L closer Nick Burdi, who's setting himself up to be one of the top pitchers selected in the upcoming MLB Draft.

Grantland's Chris Brown has a really good piece up on the uncertainty surrounding Teddy Bridgewater, Blake Bortles and Johnny Manziel.

Bridgewater in particular has suffered from this fluid, undefined process. A year ago, he looked like he'd be the consensus top pick in 2014, but as the months leading up to the draft turned to weeks and the weeks turned to days, second-guessing set in, and it became tempting to focus on measurable traits like height, weight, and the ability to throw a ball 75 yards at the expense of other factors that matter more. It happens every year, and it's how guys like JaMarcus Russell and Gabbert shoot up teams' boards.

Based on purely objective criteria, Bridgewater is probably not a first-rounder.5 Any team that's watched him play, however, will know that his understanding of the game, accuracy under severe pressure, and toughness are what make him special. That Sugar Bowl berth? Louisville earned it only after Bridgewater came off the bench to beat Rutgers despite a broken left wrist and sprained right ankle.

Given the nature of the NFL draft, I'm not surprised Bridgewater has gotten knocked around late in the process. I also won't be surprised when he's an NFL success.

The U of L men's golf team has advanced to the NCAA Regionals for the first time since 2009.

A May tradition unlike any other.

Kentucky fans mocked Charlie Strong's contract extension after he guided Louisville to bowl games in his first two seasons, but are celebrating locking Mark Stoops up to a longer deal following his 2-10 debut.

Yahoo says the 2006 Louisville football team is the fifth-best No. 5 team of the BCS era.

Louisville would have been an interesting case for the College Football Playoff Selection Committee to consider.

The Cardinals, coached by Bobby Petrino, had some of the best talent in college football and were supposed to be anchored by quarterback Brian Brohm and running back Michael Bush, both Louisville natives. However, Bush broke his leg in the first game of the season and was out for the season.

However, Rutgers, led by Ray Rice, stormed back to tie the game at 25 in the fourth quarter, and thanks to a Jeremy Ito field goal with 13 seconds left, beat Louisville 28-25. It was Louisville's only loss of the season, and the Cardinals won the conference and a berth to the Orange Bowl when Rutgers lost two games.

How would Louisville's case been for the selection committee? Because of Arkansas athletic director Jeff Long's quote about the committee looking for the four "best" teams rather than the four "most deserving"

But so too would have been the strength of the Big East. While both West Virginia and Rutgers were regarded as top-15 teams at the end of the season, would an eight-team Big East worked against Louisville? The Cardinals played Kentucky, Miami and Kansas State outside of the conference, so they wouldn't have been punished for a weak non-conference slate.

Bush's absence could have helped Louisville win the "best" argument. If the team was able to go 11-1 with a three-point road loss without Bush, could he have helped turn the tide and get the Cardinals to 12-0? It's a question the committee would have likely considered and help push the Cardinals into any hypothetical Playoff.

The Cardinal football team does not make an appearance in ESPN's post-spring top 25.

And finally, your full preview of tonight's U of L/Vandy showdown from GoCards.com. First pitch is set for 7:30 in Nashville.