The C-J's Jeff Greer has a terrific story on U of L baseball's biggest fan. You should take the time to read it.

Rick Pitino is part of the ACC's new brand.

This is pretty awesome.

Congratulations to U of L closer Nick Burdi, who has been named a first team Louisville Slugger All-American. Jeff Gardner and Kyle Funkhouser were both named to the second team.

Speaking of Ted, the reports on the death of his deep ball have been greatly exaggerated.

Peyton Siva spent some time with new Pistons head coach and president Stan Van Gundy this week, and the focal point of the conversation was defense.

"He really stressed the importance of defense," Siva said Wednesday at the Aston Martin dealership in Troy. "That's one of the big keys for us this year will be at the defensive end. He really wants us to buckle down on defense and being in the best condition of our lives and I think that's really going to help us out throughout this year and really going to help the team out."

Siva has spent most of his off-season at Louisville, where he led the Cardinals to the 2013 national title. He needed quality time with his wife, who is expecting a child in September. He took a few days off before hitting the gym.

Siva arrived in town Tuesday night and met with assistant coaches Bob Beyer and Brendan Malone. He got in a workout with Beyer before heading to the car dealership for an event to promote this weekend's Chevrolet Detroit Belle Isle Grand Prix.

"Just working out with him you can tell he's very into detail," Siva said of Beyer.

U of L swimming and diving head coach Arthur Albiero has announced the addition of Venezuelan National Record Holder, Carlos Claverie, to the fall 2014 recruiting class. Claverie will join Todd Owen, Thomas Cooper, and Jonathan Zoucha in this class.

Athlon joins the hoard of college football preview magazines leaving Louisville out of their preseason top 25, although the Cards do check in at No. 28.

This is the best one of these from today. 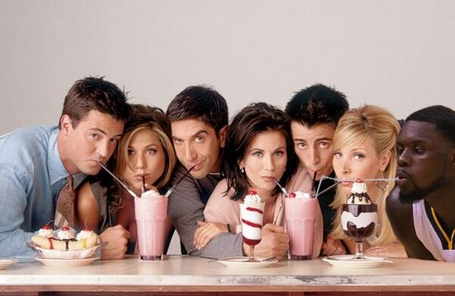 And finally, Ms. CC just left for her bachelorette party, which means I'm totally about to get insane and...jump on the radio with Mark Ennis tonight from 6-8 on ESPN 680 and ESPNLouisville.com. We will be discussing the local and national sports scenes. Should be batsh-t crazy.