Corey Hart Mangok Mathiang and Wayne Blackshear spending some quality time with Cole Davis as he looks to finish the school year strong...and in style.

Dan McDonnell has an interesting choice ahead of him when it comes to determining his rotation for this weekend's regional. Adding to the confusion is the fact that Jared Ruxer (7-1, 2.27 ERA) is "50-50" to go after missing the last two and-a-half weeks with a forearm injury.

Louisville could start staff ace Kyle Funkhouser (12-2, 1.81 ERA) on Friday against Kent State and have Ruxer available for Saturday, which could be the Baseballgeddon everyone expected when Kentucky was slotted in the other game at U of L's four-team, double-elimination regional.

But without Ruxer, the process gets complicated.

Funkhouser could still go Friday night and, as he put it, "set the tone," but that would leave Ruxer's replacement, Josh Rogers, in an awkward spot if the Cardinals play Kentucky on Saturday.

Rogers, a freshman, started two games against UK this spring, and lost both. He pitched a combined 7 1/3 innings, giving up eight runs on seven hits.

A season ago, McDonnell held ace Jeff Thompson for game two of the regional, but the Bowling Green team the Cards faced wasn't as formidable as the Kent State squad they'll be up against on Friday. As the Tucson regional's No. 2 seed in 2012, McDonnell threw ace Justin Amlung in game one, and then watched as the Cards were routed by host Arizona a day later.

Former U of L quarterback recruit Parker McLeod is transferring from Alabama. The three-star prospect from Marietta, Ga. enrolled early in 2013 and primarily worked as a scout-team quarterback. 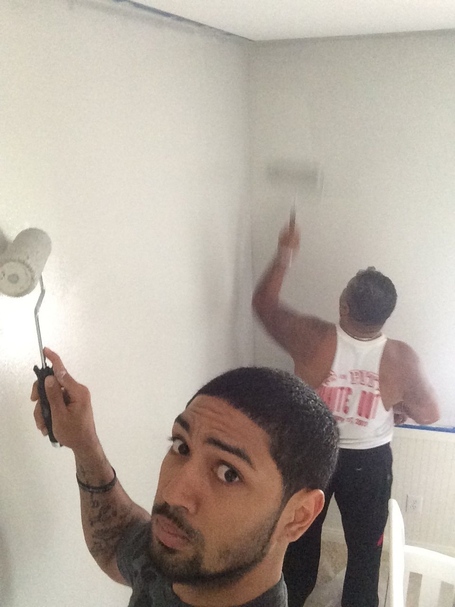 Incoming U of L women's basketball freshman Mariya Moore earned a spot on the USA Basketball U-18 Team over the weekend.

Via the C-J's Jeff Greer, Chane Behanan's citation for marijuana possession was dismissed today. Clearly some sort of conspiracy.

Louisville/Syracuse is the destination on week 6 of the ESPN ACC Ultimate Road Trip.

Our pick: Louisville at Syracuse AND Virginia Tech at North Carolina.

Why you should come along: Since I get to do the choosing, I am going with a double once again. The last time I was in the Carrier Dome, I saw Syracuse upset Louisville in a Big East game in 2012, ending the Cardinals' undefeated season. The man who orchestrated the terrific defensive performance was Scott Shafer, now the Orange head coach. Much has changed for both programs since that meeting two years ago, but they do get to meet again as conference rivals, this time in the ACC. This is a critical game for both to start October. For Syracuse, the contest falls in the middle of a tough three-game stretch that begins with Notre Dame at MetLife Stadium and ends with Florida State on Oct. 11. Louisville, meanwhile, must play at Clemson after going to the Carrier Dome.

Both teams are trying to be players in the Atlantic, with hopes of catching Florida State and Clemson. Louisville wants to prove its worth in the ACC; Syracuse wants to build on momentum from last season. If any game in October can be labeled "must-win," it is for both of these teams.

Louisville is ranked as the No. 8 city (besides New York and LA) in the USA for creative 20-somethings.

Window World of Louisville will be hosting an Open House in their showroom Saturday, May 31st, 2014 beginning at 9:00 a.m. University of Louisville Head Football Coach Bobby Petrino and former UofL basketball players Luke Hancock and Peyton Siva will be on hand, signing autographs.

In addition to the meet and greet with Coach Petrino, Luke Hancock and Peyton Siva, The Ladybirds Dance Team and Terry Meiners of 84WHAS will be in attendance, food provided by Rob-A-Que along with gifts for the first 200 attendees, and Bobby Jack Murphy with Waky 103.5 will be broadcasting live on-site, with door prizes, two tickets to the upcoming Paul McCartney concert at the YUM Center June 26th, Louisville Bats baseball tickets and more.

Nick Saban said Tuesday that he'd like to see teams from the "Power 5" conferences only play other teams from Power 5 conferences, so SB Nation promptly constructed this annual college football challenge proposal.

Probably the best day in the history of the Card Chronicle Facebook page. 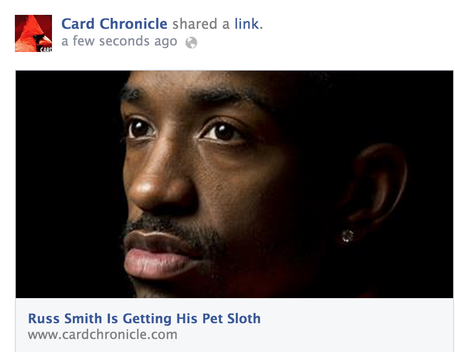 AAC Player of the Year Jeff Gardner talks with CN|2 about this weekend's regional and a potential showdown or showdowns with Kentucky.

Damian Copeland seems to have a good shot at catching on with his hometown team, the Jacksonville Jaguars.

Copeland received praise from Jags head coach Gus Bradley for not being intimidated by Lee and Robinson in signing with Jacksonville.

"I feel I'm one of the best receivers in the country. I'll be fine. I know I'll make it," Copeland told Jacksonville.com.

Copeland has one local supporter on the Jaguars in second-year receiver Ace Sanders, the fourth-round pick in 2012 out of Manatee High and South Carolina.

Sanders, the Jags' jack-of-all-trades, was used in the slot and the outside last year along with returning punts. He says the more receivers the merrier.

Sanders says that under second-year offensive coordinator Jedd Fisch all the receivers are basically learning all the positions, which makes everyone more valuable and harder to stop.

"We don't want to be stuck being a one-dimensional team," Sanders said. "Maybe one play we might like this matchup better so we need you to read this route. We need you to know what's going on. The way we set it up is perfect."

It also could be a perfect situation for Copeland, who showed at Louisville that he could be an effective receiver on the outside or in the slot.

Charles Gaines has been named a third team preseason All-American by The Sporting News.

And finally, there have been a few minor changes to this weekend's regional schedule at Jim Patterson. Here are the official times and dates for the entire tournament:

Should be a nice little weekend.