The first round of way too early bowl projections are already flying around the Internet in the form of Jerry Palm's prognostications for CBS. Palm doesn't seem to think especially highly of Louisville, predicting that the Cards will face Western Kentucky in the Independence Bowl.

Five-star small forward Ray Smith out of Las Vegas has Louisville in his final 10, and recently broke down what he likes about each of the programs he's choosing between.

Arizona - "I have a good relationship with Damon Stoudamire and Sean Miller. Playing style matches my style. And they are a really good program."

Wake Forest - "Hardest division now in the country, or maybe one of the hardest divisions in college basketball. Be great to play against some good schools and they are well known academically."

Georgetown - "Love coach Tavaras Hardy. Coolest dude ever. Like the way they play, and they are a very prestigious school."

UCLA - "Top west school. They run like I run. Won the Pac-12 Tournament so you know they are playing well and popping off."

USC - I have a great relationship with Andy Endfield and his staff. Just a prestigious school."

ASU - Love Herb Sendek. The dude is great. He is a world class opportunity guy. They are starting to run too. They have good coaching and fans.

Oregon - I've had been talking to Oregon and they disappeared for a second, but they are back to recruiting me again. I love everything about their uniforms and Nike. I love watching their football games to see all the support.

Texas - "Great people there. With Kevin Durant being from there and seeing what he's been able to do. I know they've helped develop him in a way. Good school.

The ACC baseball tournament is headed to Durham, where it will be played from 2015-2018.

An exhaustive breakdown of the research the Minnesota Vikings did before selecting Teddy Bridgewater from Sports on Earth.

Louisville golfer Robin Sciot-Siegrist continues to be at the top of the leaderboard at the Auburn Regional.

Marior Urrutia tells CN|2 that he still has dreams of playing in the NFL.

The Louisville to Minnesota connection got even stronger this week when Asia Taylor, the last pick of the 2014 WNBA Draft, made the opening night roster for the Minnesota Lynx. Taylor will make her professional debut tonight at the Washington Mystics.

Charles Gaines. That is all. 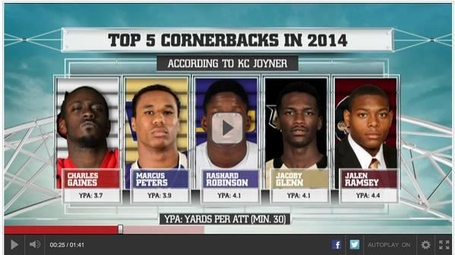 Plenty of possibilities out there for Charles Gaines senior year reality shows..."Gainesfully Honest," "Gainesfully Employed," "Charles." Pick one, any one.

ESPN's Myron Medcalf breaks down some of the biggest position battles in college basketball and highlights Louisville's impending clash at small forward.

In late March, coach Rick Pitino gave reporters this postseason assessment of Wayne Blackshear: "The only player I've had in the past four years that hasn't had substantial improvement is Wayne Blackshear." That's not good, but it's true. Blackshear was a McDonald's All-American in high school, but the Chicago product suffered a shoulder injury that prevented him from playing in that game, which was held in his hometown after the 2010-11 season. He has never reached that pre-injury promise. So Aaron, a four-star forward from Seattle who is ranked 33rd in the 2014 class by RecruitingNation, could grab minutes from Blackshear if he continues to underwhelm. Louisville has the pieces to compete for the ACC crown in its first year in the league, and Pitino won't let Blackshear ruin that potential, especially with all of that young talent on his bench.

Fantasy Knuckleheads gives Philadelphia's selection of Marcus Smith a B+. 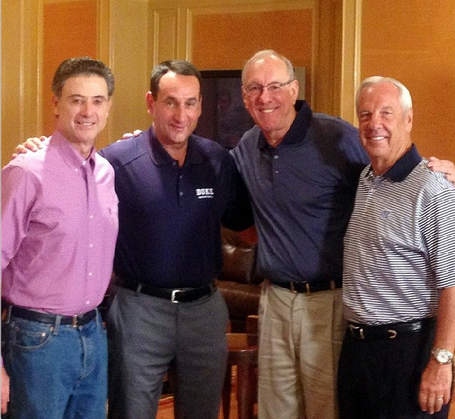 Man, this is gonna be fun.

U of L has received a $5.5 million grant from the Helmsley Charitable Trust to the James Graham Brown Cancer Center at the University of Louisville to develop new treatments and vaccines for various forms of cancer.

Louisville golfer Emily Haas was named to the Capital One Academic All-District II first team for a second straight year on Thursday.

The Neutral Zone's 7th annual Memorial Day sale begins today. Here are the details from the folks themselves:

It's back... and bigger than ever!

It' s time to stock up and save! The annual Memorial Day Overstock Sales Event is back for its 7th year in a row! Starting this Friday, May 16th, enjoy 50% off everything store wide! That's half off thousands of Louisville Cardinal clothes, car accessories, house flags, home accessories, and so much more! ACC football will be here before you know it and it's never too early to start stocking up with tailgating gear as we make room for all the exciting products debuting during the 2014-2015 seasons! Plus, Father's Day is right around the corner and for the first time ever our top Louisville Cardinal manufacturers are sending in their excess inventory just for this once-a-year sale which means you'll have twice the selection with products arriving throughout the duration of the sale! This 7th annual storewide sales event kicks off this Friday, May 16th, make sure you beat the buzzer because you only have till Sunday, the 25th, to save 50%.

-Applies to in store purchases only.
-Does not apply to gift cards or phone orders.
-Standard 30-Day return policy does not extend for gifting purposes.
-Sale Dates: May 16-25

Rick Bozich focuses in on U of L closer Nick Burdi, who continues to make MLB scouts salivate with his triple digit fastball.

Your updated odds for tomorrow's Preakness.

The dream of a Howard Schnellenberger book is finally a reality.

Also the team needs to run onto the field through a giant cloud of smoke coming from a Schnellenberger pipe just do it. 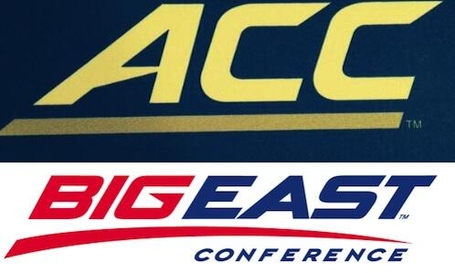 And finally, a reminder that the Louisville baseball team will be shooting for an outright conference championship tonight against Cincinnati. First pitch is slated for 6 p.m., and admission is free.