While a regular season AAC title is the Louisville baseball team's main focus right now, tonight's showdown with No. 8 Indiana is huge in terms of the Cards' hopes to be a regional host in the NCAA Tournament. The Hoosiers beat the Cards three times last season, including in the first game of the College World Series, and also knocked off U of L 9-3 in Bloomington back in March.

First pitch between Louisville and IU is set for 6 p.m. inside Jim Patterson Stadium.

A great picture (via the U of L flickr account) of Russ Smith graduating from over the weekend. 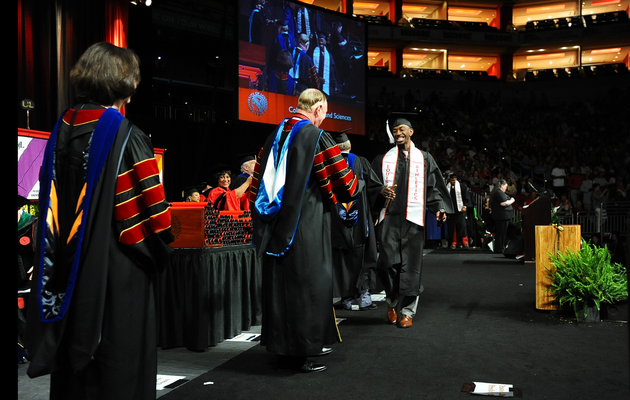 Teddy is pumped to not be a Brown.

Teddy Bridgewater waited until the very last pick of the first round to learn that the Minnesota Vikings would be his NFL destination. He was happy to be drafted, but perhaps even more so relieved to hear that he wasn't taken by one team in particular. On Tuesday, the former Louisville quarterback joined The Dan Patrick Show and said that he was hoping he wouldn't land with the Browns.

"I actually told my agent that's not the place where I wanted to be," Bridgewater said of Cleveland.

Instead, the Browns traded with the Philadelphia Eagles to move up from their No. 26 draft position and acquire the No. 22 pick, which they used to select Johnny Manziel. Among the teams that also made an attempt to trade with the Eagles were the Vikings, who reportedly preferred the former Heisman Trophy winner to Bridgewater.

Four U of L lacrosse players have been named to the All-West Region team.

this is the coolest man alive. I feel very strongly about that. pic.twitter.com/ba1FolKuU4

SB Nation's Bill Connelly previews Notre Dame, whom Louisville will be traveling to face in November.

After a perfect weekend at the AAC Tournament (literally, perfect -- she went 5-for-5 with three home runs), Katie Keller has been named the USA Softball National Collegiate Player of the Week. 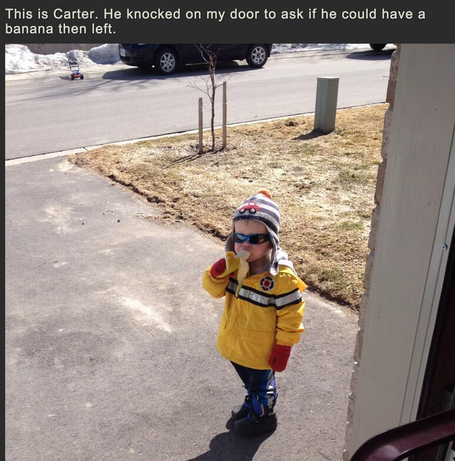 The resulting photoshops are equally fantastic.

A Philadelphia site takes a look at what Eagles fans can expect from Marcus Smith.

"It's just a dream come true. Everything that I wanted to happen fell in place. Yesterday, when my name got called, I was very happy and my family was happy and I'm just happy to be an Eagle.

"Going into [the draft], I had an idea when I was going to get drafted. It was a surprise to me when [the Eagles] called me, but I was very happy when they called me and told me that they were going to be drafting me.

ESPN's Andrea Adelson looks at the ACC's solution to its football schedule dilemma.

Your full schedule for the U of L men's soccer team's first season at Lynn Stadium.

This still needs to happen. 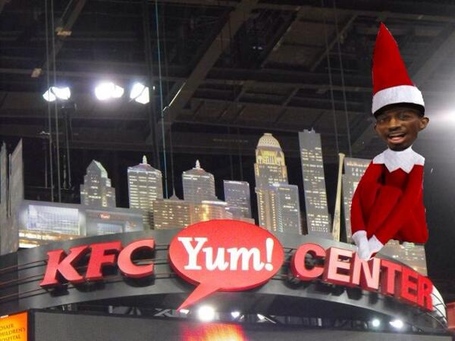 For those wondering, here's the Vikings' schedule of events for the next couple of months:

Q: The NFC North is dominated by QB play, do you eventually see Teddy Bridgewater stepping up and competing with the Rodgers/Cutler/Stafford group of elite arms? -- Bev Anderson; Plymouth, MN

A: Sure. I don't think we can rule anything out, at this point. With that said, Aaron Rodgers is one of the best quarterbacks in the league and would be a high ceiling for Bridgewater to reach. But Cutler and Stafford are strong-armed gamblers who lack consistency. Bridgewater, if he reaches his potential, can certainly be on the same level as the Staffords and Cutlers of the NFL.

Bridgewater doesn't have the big arm that Stafford or Cutler have. But he's also shown in college he won't make mistakes. He completed 70.96 percent of his passes last season and 68.39 percent for his career. He threw 31 touchdowns to just four interceptions last season and had a 72 to 24 mark during his three seasons as Louisville's starter. He has good athleticism, even if he's not a true running quarterback. He is smart, accurate and can sense pressure and knows when to avoid trouble.

In reality, his college career is the opposite of what ultimately doomed Ponder. Ponder wasn't consistent, too often let the pass rush bother him and made too many turnovers. Bridgewater ultimately can be an upper-echelon quarterback in the NFL with the right development, and he has the chance to work with Turner, who has helped many quarterbacks in his career.

The Lexington Herald-Leader's Mark Story says Louisville is one of the programs being hurt the most by Mark Stoops' recruiting prowess. 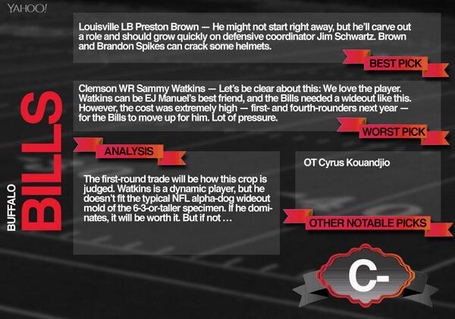 Speaking of LBA, this John Calipari tweet from over the weekend did not go over quite as well as anticipated.

More on the ACC moving its hoops title game from Sunday to Saturday.

DeVante Parker doesn't appear anywhere in USA Today's first mock draft for 2015...which means even less than the mock drafts that happened immediately before the 2014 draft....which meant nothing and were totally off-base. Basically, don't get too worked up over this.

I enjoy this quote from Tom Jurich.

Just spoke to Jurich about his aggressive decision making and bringing that to the ACC: "No such thing as a crazy idea..." #L1C4

This is the best card Upper Deck has ever produced. 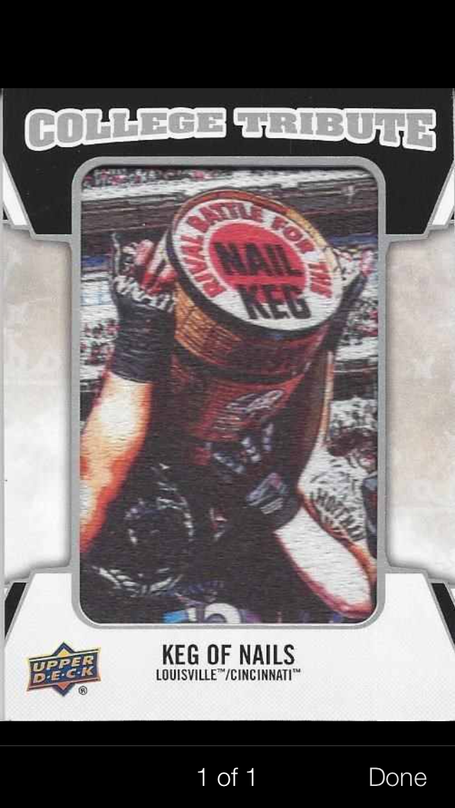 Kudos to Matt Kleinert for gobbling it up off Ebay.

And finally, a review of the Jets' 2014 draft which gives high marks to the selection of Calvin Pryor.