The 2014 CC Wedding Train rolls on with former Cardinal (and current Houston Texan) Alex Kupper and his new wife, Paige. Congratulations to both...and to Louie for making the guest list....and to everyone there who got just a little too drunk, but stayed short of ruining the wedding. Way to get the most out of the experience without ruining any friendships or relationships with family members.

A major congrats to the Louisville lacrosse team, which saw its historic 2014 season (and 12-game win streak) end at the hands of No. 5 seed Northwestern in the second round of the NCAA Tournament on Sunday. The Cards led for much of the first half, but couldn't respond to a 4-0 Wildcat run and ultimately fell by a final of 11-8.

The season was an overwhelming success for U of L, which ran the table in the Big East, claimed their first conference tournament championship and won a game in the big dance for the first time.

Russ Smith is among the players who have been invited to the NBA pre-draft combine camp in Chicago later this week. Luke Hancock is not among the invitees, but he is among the eight prospects committed to the St.Vincent Sports Performance's NBA Pre-Draft Training Program in Indianapolis. Gary Harris and Glenn Robinson III are among the other prospects participating in the program.

Our friends over at Strait Pinkie wasted little time getting this bad boy on the market. 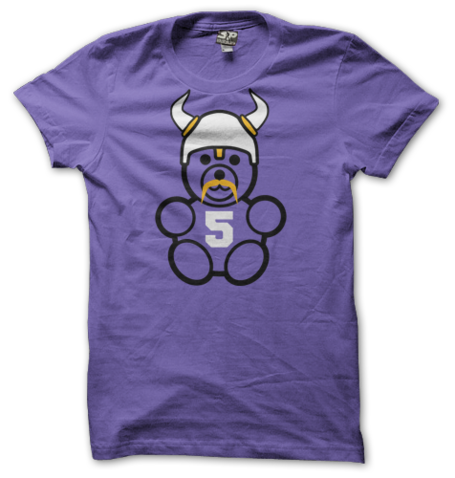 You can get 10% of your order of the shirt by heading over to the Strait Pinkie store and using the promo code "CC5" during checkout.

Congrats to each and all of you who picked up your diplomas over the weekend.

The first year out of college weird as hell, but also pretty fun. That's always an exciting combination. Get pumped.

Louisville is a regional host in the latest college baseball bracketology from Perfect Game.

Some notable NFL odds currently being offered in Vegas:

2014 Offensive Rookie of the Year - Odds to Win

Who will start more games in the 2014 Regular Season?

The official website for the New York Jets looks at 18 things Jets fans might not know about Calvin Pryor.

It's so embarrassing how Tom Jurich has all the media in Louisville wrapped around his finger. There's just zero objectivity in the city when it comes to the coverage of U of L sports.

Was looking up Mark Stoops' introductory press conference at UK in Dec. 2012 and came across this gem: pic.twitter.com/DGChWc0b2i

It's funny because that's sort of like the opposite of what I was saying before I posted the tweet.

U of L's summer football camps are right around the corner. Here's how you can register.

The U of L basketball team pretty much has the month of May "off," and Chris Jones is choosing to spend some of that time working out in Niceville, Fla., where he starred at Northwest Florida State College for two seasons.

Pausing for an interview during a break in his daily routine, Jones volunteers information about his future prospects.

"When I got to Louisville last year, my name was on NBA Draft boards and I kept hearing how I could be a first-round pick," said Jones. "But I didn't always play like that this year. And when I struggled, my name disappeared from that kind of talk.

"Now, I'm focused. The rest of the season and this summer were about getting my name back out there. And I heard from a scout the other day that said I am back in the first-round conversation. But I'm not going to pay attention to it as much, because I know how much I have left to do."

Sports Illustrated gave the Minnesota Vikings an A+ for their 2014 draft, largely because of the selection of one Theodore Bridgewater.

Jon Bois compares the NFL Draft production of Louisville and Texas in recent years, which is illustrated by this chart: 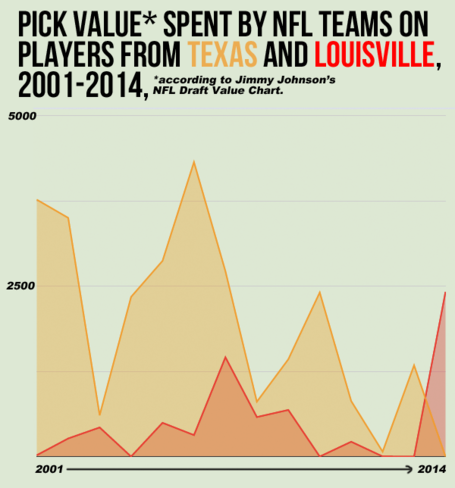 Cardinal closer Nick Burdi has been named the AAC's Pitcher of the Week.

I laugh every time I watch this vine. Every time.

A reminder that U of L's Jeff Gardner is up for the Senior Class Award, and that you can vote for him here.

It's why we're here.

The Louisville women's golf team finished 18th in the East Regional Championship over the weekend, which wasn't good enough to advance them to the NCAA Championships, but was good enough to put them one spot ahead of Kentucky...which is cool.

The Cardinals took two of three at Temple and head into the final regular-season week in a first-place tie with UCF. Kyle Funkhouser (8 IP, 4 H, 0 R, 1 BB, 12 K) was brilliant in Louisville's 2-0 win Friday, and Alex Chittenden (3-for-3, R) led the offense. The Owls snapped Louisville's 12-game winning streak Saturday, doing most of their damage in a three-run fourth against the Louisville bullpen. Nick Burdi (3 IP, 0 H, 0 R, 0 BB, 6 K) earned the win with brilliant relief Sunday, as the Cardinals broke a 4-4 tie with two runs in the 11th.

So a few months back, some friends and I approached the topic of an improved U of L football entrance, and settled on the idea of constructing a giant Schnellenberger pipe which blows smoke for the team to run out of the tunnel and through before hitting the field. Add a little dramatic music and an audio clip of Schnelly delivering the "collision course" quote, and boom...PJCS is on the verge of being shaken to the ground before every game.

DON'T THINK ABOUT IT JUST DO IT.

And finally, I'm back on the radio with Mark Ennis tonight from 6-8 on ESPN 680. You can listen live or anytime on ESPNLouisville.com.