The countdown to Labor Day and the Miami rematch has started.

GoCards.com takes a look at Louisville's evolving offensive line. I saw some of the guys having dinner at BJ's by Oxmoor last night, and if their performance there is any indication, let's just say it ought to be an entertaining fall at PJCS. Tremendous form.

Ken Pomeroy officially crowns Russ Smith as his 2014 Player of the Year.

Congratulations to the winner of the 2014 kenpom.com player of the year award, Russ Smith of Louisville. Smith earned his second consecutive kPOY by posting a 114 offensive rating while using 31 percent of the Cardinals' possessions when he was on the floor. That was the fourth-highest offensive rating among players using at least 30 percent of their team's possessions. In addition, he recorded 3.96 steals per 100 possessions, which ranked 32nd in the nation, while playing 29 minutes per game for the nation's fourth-ranked defense. In 2014, no player combined offensive production and defensive impact like Russ Smith. Russ joins past winners Jared Sullinger (2011), Draymond Green (2012), and himself (2013).

Smith reaped the benefits from the crackdown on hand-checking, seeing his two-point and three-point percentages rise significantly from last season as he continued to improve his shot selection. Playing more possessions as a point guard, he assisted on a career-high 31.6 percent of his teammates' made baskets. The kPOY formula is more complicated than two plus two equals four, but Russ Smith has mastered it over the past two seasons. Congratulations, Russ, you were the most productive player in the country again this season.

Congratulations to #Russdiculous aka #TheBasedKing for winning @kenpomeroy POY. This is his 2nd year winning the Efficiency Award.

Another token double-double for The Gorgster last night.

Be sure to vote U of L softballer Katie Keller for the Senior Class Award.

Bring Taco to the Yum?

A UConn fan messed with the Kentucky Wildcat statue. 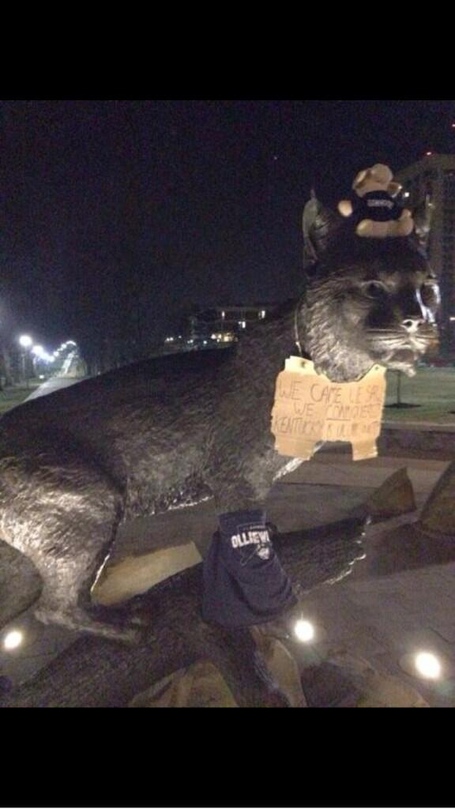 All is still quiet on the Trez front, although this is certainly better news than him making plans for any signing events.

Joel Embiid is headed to the NBA.

More Luke/SVT/Hendo appearances have been scheduled for tomorrow and Sunday. 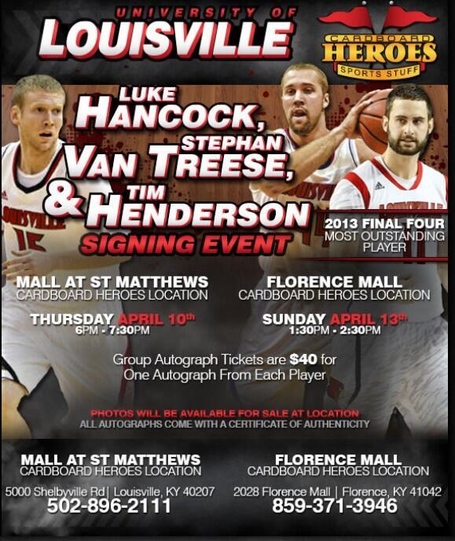 I don't know what the hell is going on with the youth of the city, but this is good reporting by WDRB's Jason Riley.

Despite a disappointing loss in the Elite 8, the U of L women's team is ranked No. 5 in the final USA Today coaches' poll of the season.

Calvin Pryor is looking like the best safety in the 2014 draft. Take note, Lions.

I'll floss every day if Russ doesn't have to go.

History part II. As I went to take the pic and put the mask on, Russ's words were "oh yeah, oh yeah!" @CardChronicle pic.twitter.com/qkODymuIug

A handful of key players on Louisville's defense are adjusting to position switches.

The U of L baseball team took care of Purdue in extra innings on Tuesday night.

A good look at Richard Pitino and the Minnesota team that Louisville will open its 2014-15 season against.

Kevin Ware is visiting Georgia State, but is also interested in a potential transfer to Auburn.

And finally, our thoughts and prayers are with the family of young Lacey Holsworth, the Michigan State superfan whose story inspired so many over the past few weeks. Lacey lost her fight with Cancer early Wednesday morning.