I'm sure a few of you remember the story of Samuel, the 8-year-old boy who created a pet dog made out of recyclables for a school project and named him after Russ Smith.

Russ was so touched that he shared the story on Instagram and said tales like Samuel's made all the tough moments worth it.

Well, earlier this week, Russ, Samuel and Russ the Dog were finally able to meet for one giant moment of glory which culminated in Human Russ signing his autograph on Dog Russ' head. 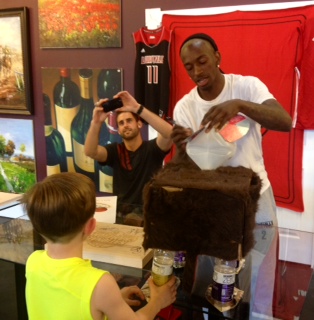 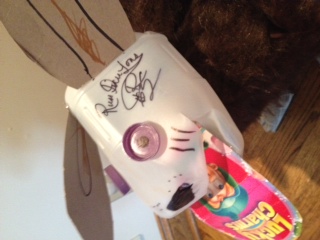 Unfortunately, one of Dog Russ' newspaper feet fell off during his big moment, but thanks to the miracle of modern medicine and hot glue, I'm happy to report that he has made a full recovery.