The CCBM (Chris Nall) continuing to enjoy its offseason with a trip to Scotland.

A reminder that tonight's Derby Festival Classic game will tip-off at 7 p.m. inside Freedom Hall. If you can't make it out, the game will also be carried live on WDRB.

Here are your full rosters (rankings via Scout.com): 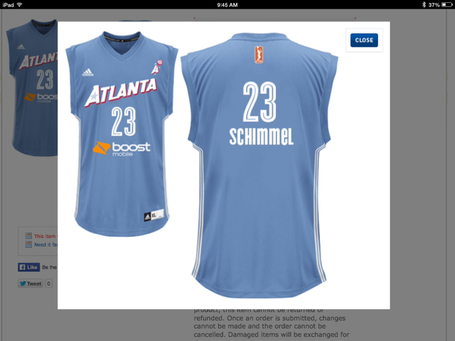 Eric Crawford writes about the enormity of U of L's new deal with adidas.

"If we're going to be successful in raising the age from 19 to 20, part and parcel in those negotiations goes to the treatment of players on those college campuses and closing the gap between what their scholarships cover and their expenses," Silver said. "We haven't looked specifically at creating a financial incentive for them to stay in college. That's been an option that has been raised over the years, but that's not something that is on the table right now."

In addition, Silver said Emmert and the team owners talked about other ways to potentially ease a player's transition from college to the NBA. This could include changes in officiating and game play, such as reducing the NCAA's shot clock, which is 35 seconds compared to the NBA's 24.

Some have suggested that players who must wait two years to enter the draft would be better off playing in other professional leagues such as the NBA Development League, which doesn't have an age limit, or going overseas.

"I'm reading and listening to college players and the other side saying development may be better outside the NBA or the environment isn't ideal in college," Silver said. "I think those are all things we have to look at."

Calvin Pryor is giving away an autographed Louisville jersey to one fan. Here's how you can enter.

The rough week for the Louisville baseball team continued on Thursday, as the Cards dropped a doubleheader with AAC-leading Central Florida. U of L will look to salvage the final game of the series tonight, although weather could postpone the game until tomorrow.

The U of L men's tennis team began its AAC Tournament run with a 4-0 sweep of Temple. The Cards will face second-seeded South Florida tomorrow.

Teddy Bridgewater will reportedly meet with the Houston Texans next week.

Nobody has ever pimped a walk-off harder than this guy did against the Redbirds in 1994. 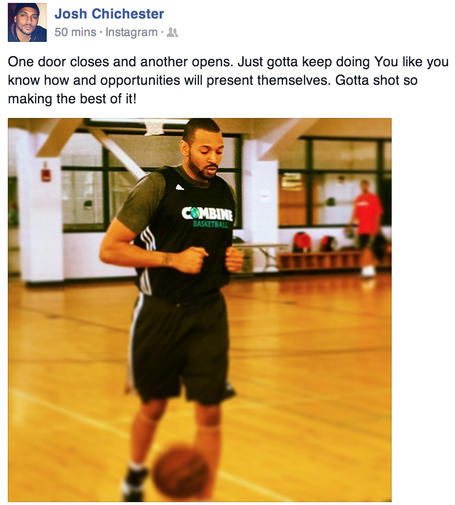 Even if this doesn't work out, we'll always have the turnaround jumper against UK, Josh.

Tim Fuller (remember that crazy a-hole?) is now the interim coach at Missouri due to the fact that Frank Haith is still totally weird.

The 18th-ranked U of L women's lacrosse team remained perfect in Big East play and posted a record-setting seventh-straight win by knocking off Connecticut, 12-7 Friday afternoon.

Kentucky sent out a press release Friday afternoon to announce that Marcus Lee was returning for his sophomore season. He averaged 1.1 more ppg than Anton Gill in 2013-14.

The U of L women's tennis team was upset in the quarterfinals of the AAC Tournament by fifth-seeded Rutgers on Friday.

The Syracuse Post Standard is in the process of breaking down every basketball team in the ACC, and spent its time on Louisville today.

Program trajectory: Even. The Cardinals have won 30 games in four of the last six seasons, and they have advanced to at least the second weekend of the NCAA tournament in five of the last seven years. Pitino is a Hall of Famer, and Louisville has high-level facilities and highest-level resources.

In short, the Cardinals are not going to drop off at all because of their latest conference hop. The one thing that is a bit concerning is the graduation of Smith, who was such a critical figure throughout his career and over the last three years in particular.

But developing a new lead guard is a short-term problem. Few programs are as reliable as Louisville, and it should remain a fixture in at least the top 20 (if not better than that) for quite a while.

The Jets are still very interested in Calvin Pryor.

Jeff Brohm is winding down his first spring as the head coach of Western Kentucky.

And finally, is there an accepted childhood phenomenon that becomes more terrifying with age than that of the Eastern Bunny? Enjoy your weekend.

Seriously though, how were those of us who partook in the tradition not only okay with this, but excited by it? I left a piece of paper out for the Easter Bunny to autograph one year, and seeing "E.B." in cursive the next morning was the pinnacle of my '93. If I'd actually taken a second to visualize the reality of a giant rabbit taking a green marker and signing a piece of paper that I'd left out for him in my living room, however, I probably wouldn't have been able to stop crying before school started on Monday.

Childhood is weird. Raising children is weird. Everything is weird. All you can do is have a few drinks and start talking about Montrezl Harrell dunks.