Share All sharing options for: U of L Spirit Groups Continue National Dominance

I've received a handful of requests from members or representatives of some of the non-revenue sports teams for a little bit of CC love now that basketball and football are over, and in the coming weeks I'm going to do my best to oblige.

We'll start with the ever-dominant U of L Spirit Groups, which once again grabbed a lot of gold at last weekend's NCA Collegiate Cheer and Dance Nationals at Daytona Beach.

U of L won national championships in Division 1A Small Coed, Division 1A All-Girl, Division 1A Hip-Hop & Partner Stunt with cheerleaders Calli Cantu and Nic Laracuente being the winning Cardinal partners. I spent about three minutes attempting to come up with a clever nickname for the championship duo, and I failed horribly. The closest I got was turning "Cantu" into something to do with "Can." I don't know, it was all so awful and embarrassing. I'm really sorry.

Save me, Coach Sharp.

"I am incredibly thrilled for our kids to see them rewarded at the highest level for all of their hard work." said U of L Spirit Coordinator Todd Sharp. "After so much success people always ask if I am jaded to winning national championships. But the truth is each one still means as much as the very first. Every year is completely different with its own challenges. And every year there are team members that are winning their first national championship. I am thankful for the support of our amazing Athletic Director and for the opportunity to represent the University of Louisville."

Here are some highlights from the weekend (via Doug Clifford): 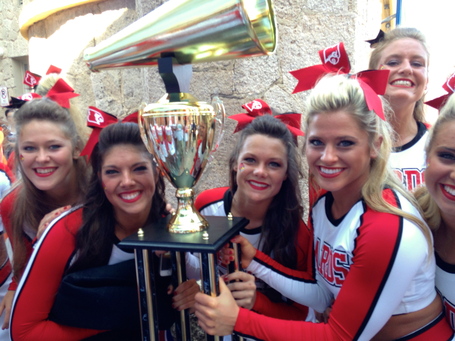 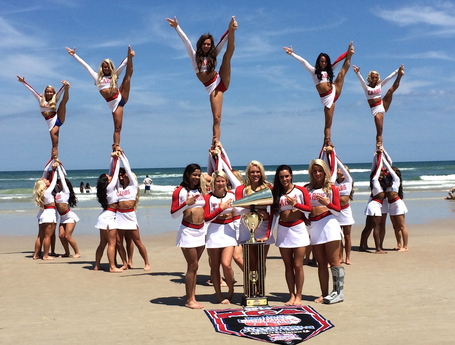 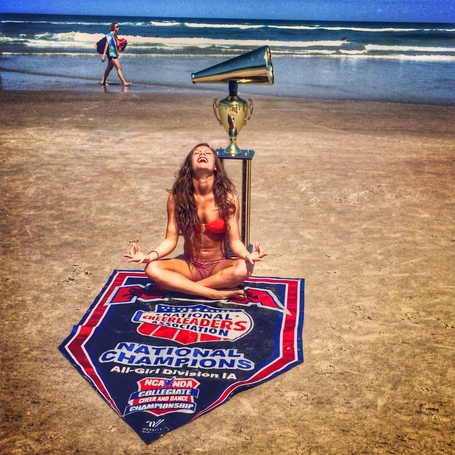 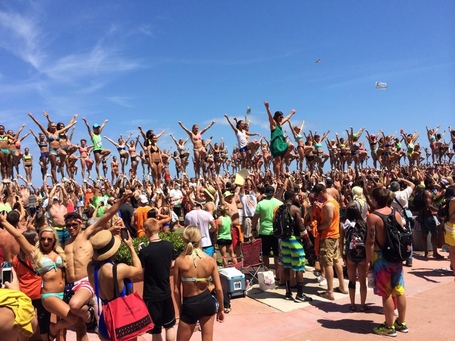 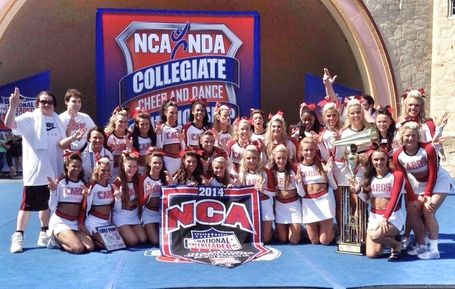 In all, U of L Spirit Groups now own a total of 40 national championships, which is more than every other Cardinal sports program combined.

Plus, they continue to give us the annual gift of seeing the looks on the faces of opposing fans when they watch them perform. There's not a national championship for that, but there should be. It's as rewarding a people watching activity as there is.