3-11 Is Back With A Major Announcement

Share All sharing options for: 3-11 Is Back With A Major Announcement

As part of their new 'Play 'till the Buzzer' campaign, Santa Monica, CA based Beats by Dre has reached an endorsement agreement with 3-11, the current king of the music world. 3-11 joins Colin Kaepernick, Kevin Garnett and Tahj Mowry as members of the Beats family

The defending Grammy award winner for 'Performer of the Year,' 3-11 revitalized his career with his March 2013 release of For the Haterz.

The endorsement was negotiated by 3-11's long-time talent agent ULhothot, who is widely renowned for his ability to sift through all of the characters to find talent.

"3-11 has the swagger we look for in the Beats family," said Beats by Dre Senior Brand Manager Harrison White. "He was the easy choice to captain our groundbreaking campaign to be made in March."

Until then, 3-11 has been featured in a television slot to be aired in select American markets. Fans can watch that commercial now: 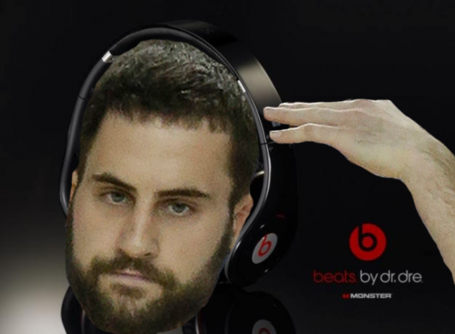