In what might be the best new Louisville tradition since Oaks Day or...bourbon, the Cardinal basketball teams will again be receiving new uniforms from adidas for their postseason run.

What do they look like? I mean does it even matter at this point? If I told you they were wearing cut-out garbage bags with numbers duct taped on the back, would you be opposed? They're not, but the point is there was an uproar over the last two uniform unveilings, and all they achieved was back-to-back Big East Tournament titles, back-to-back Final Four appearances and a national championship.

Anyway, starting next week in Memphis, the Cards will be wearing these: 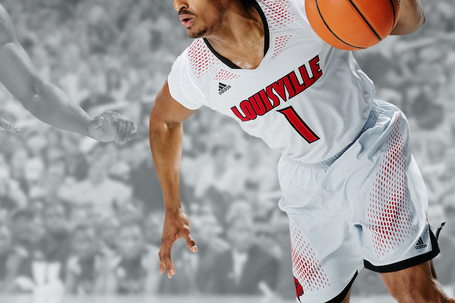 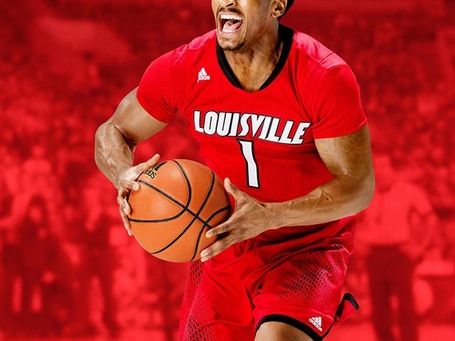 Not as funky as the last couple of years, but I'm on board.

And from U of L, here's how they'll look on actual Cardinals: 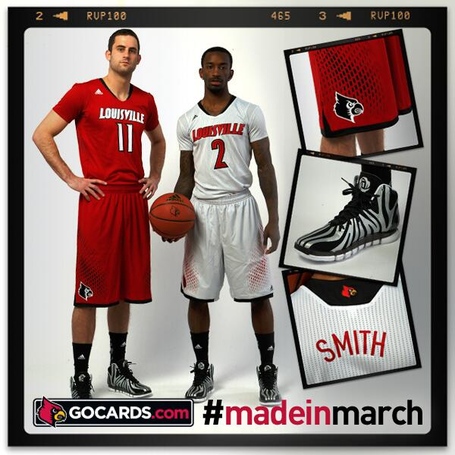 The "Made in March" uniforms all feature school mantras selected by the team printed inside the collar, which is kind of cool. Baylor, UCLA, Cincinnati and Louisville will wear short-sleeve MIM uniforms, while Indiana, Kansas, Michigan, Notre Dame, Tennessee and Wisconsin will wear sleeveless versions.

Here's a look at all the March unis:

Not sure why the defending national champion isn't in the middle here, but whatever, I'm not going to be petty...except I am because Louisville should totally be in the middle holding the ball.

A huge road victory and now the unveiling of the new postseason uniforms. It's March in Louisville, you guys.