Laura and Kristen Rao going all red (almost) everything in preparation for the big game.

Mike DeCourcy of The Sporting News says that any rivalry talk tonight should take a backseat to the fact that there's a spot in the Elite 8 on the line.

You can now add "quoted in The New Republic" to the list of accomplishments for a week that already included "Twitter feud with Marc Summers."

These are my parents at work today: 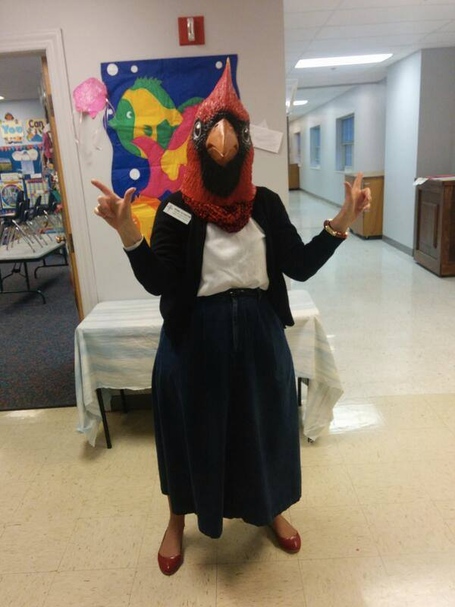 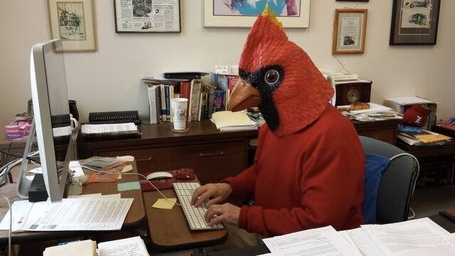 This is exactly how the Kennedys would have behaved if John had gone into sports blogging instead of politics.

The rest of the "how I spent my day" section:

A quick look at how school in Louisville is going today. RT @Hammond1Steve @CardChronicle pic.twitter.com/yVjOsAKlzt

Is it a good sign driving from Atlanta to the game I passed a truck that said this? @CardChronicle @ElleRaiser #mvp pic.twitter.com/5vUIdOfzEH

@CardChronicle yeah. I had to take the morning off and go fishing to get my mind right. pic.twitter.com/9u7yPDbt1o 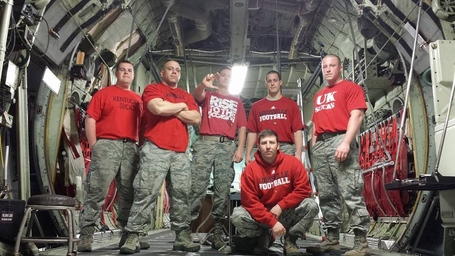 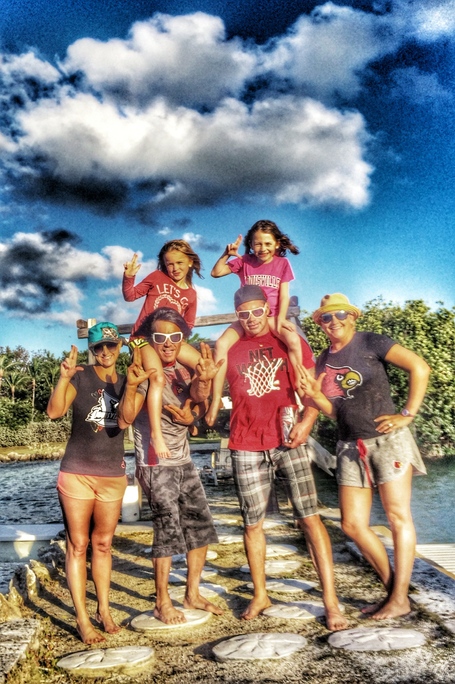 10 hours 30 minutes til tip off. Have my tickets and have my co-pilot. #L1C4 @CardChronicle pic.twitter.com/FAYDGvFF6m

Win or lose, we still have more fun than anybody.

Mark Coomes of Insider Louisville says that win or lose, the Cards and Cats can both call their seasons a success. I'd just as soon win, though.

USA Today lays out 10 reasons why Louisville versus Kentucky will be awesome.

The only one of the 70 media members who guessed the exact score of the first game correctly is going with Kentucky again, this time by eight.

The Cats won this matchup in December when they were a much worse team. The Cardinals' leading rebounder from that game is no longer enrolled in school, and Julius Randle didn't attempt a shot in the second half.

UK has a major size advantage at nearly every position. The rebounding margin shouldn't be close, and Louisville's guards shouldn't be able to pressure the bigger and stronger Harrisons as they do so well against others.

Add in that the Cats are suddenly playing their best basketball of the season, and they should have all the confidence in the world taking the court in Indianapolis.

Sports Illustrated's Brian Hamilton says this could be a Sweet 16 game for the ages.

Oddsmakers continue to say that going with Kentucky is the correct play.

Nantz could not be more in the zone right now.

There's an aura of bewilderment hovering over the entire Louisville-Kentucky encounter at Lucas Oil Stadium in Indianapolis on Friday, too.

How did we get here?

Of all the seasons when this could have happened, this wasn't supposed to be the one. Everything that unfolded in the weeks leading up to the NCAA tourney made this pairing improbable, it seemed.

This is not 2012, when both teams willed themselves into the Final Four. This postseason affair -- another installment of the fiery rivalry -- wasn't orchestrated by destiny as much as by chance.

It just happened. Rabbit in the hat. Poof.

Russ Smith says matching the energy of a young Kentucky team will be key.

Someone posted this earlier in the week, but I enjoy watching the clip and acting like the green team is Louisville.

Drama between Rick Pitino and John Calipari has not become one of this week's storylines.

Good luck to everybody in Kentucky tonite. May the best team win. We know who that is!😍

The Crunch Zone takes a look at a bunch of press items and memorabilia from the original Dream Game.

A breakdown of how Louisville basketball makes twice as much money as Kentucky.