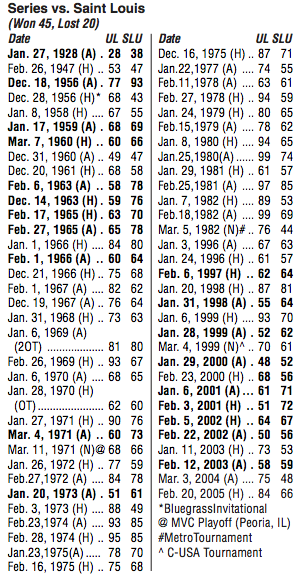 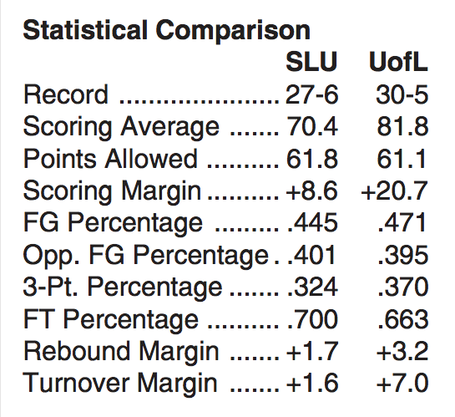 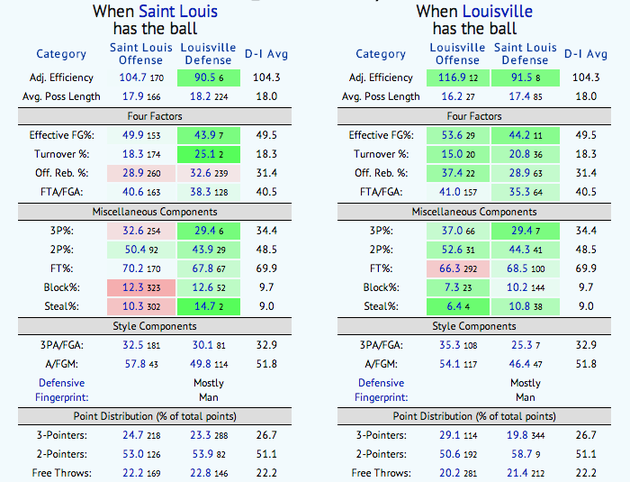 After overcoming a 16-point second half deficit to take out No. 12 seed NC State in overtime on Thursday, Saint Louis now finds itself just one win away from the first Sweet 16 in program history.

The Billikens had seemed poised to land a top three seed in the big dance after starting their season 25-2, but they dropped three of their last four regular season contests and fell in the Atlantic 10 Tournament quarterfinals to Saint Bonaventure.

This SLU team wins the way most successful Billiken squads of the past have: great defense, offensive efficiency and lots of experience. They're led by Atlantic 10 Player of the Year Jordair Jett (13.8 ppg/4.8 apg), a terrific defender who will be tasked with stopping Russ Smith on Saturday. Senior forward Dwayne Evans (13.9 ppg) and senior big man Rob Loe (10.3 ppg) are the team's other standouts. Loe was tremendous in the win over NC State, scoring 24 points and grabbing 15 rebounds.

The scariest thing about a postseason date with Saint Louis is their experience. Jim Crews has four seniors who average double figures, and each one of them has experienced the pain of losing in the round of 32 the past two seasons. Louisville will get their best shot.

--Saint Louis has never advanced to the Sweet 16.

--Saint Louis is one of the few teams in the country that starts five seniors, four of those players -- including Atlantic 10 Player of the Year Jordair Jett -- average at least 10.0 ppg.

--Louisville is 48-8 in NCAA Tournament games where they are the better seed.

--Louisville is 5-1 all-time in NCAA Tournament play against No. 5 seeds.

--Louisville leads the nation in turnover margin (+7.0) and ranks second nationally in steals (10.1 per game).

--Saint Louis is 0-3 all-time against Louisville on neutral courts.

-Louisville is favored in tonight's game for a program-record 47th straight time. The Cards have not been an underdog since playing at Syracuse on March 2, 2013. All told, U of L has been the favorite in 70 of their last 71 games.

--The Cardinals are 13-0 in their adidas sleeved jerseys.