The Beauty Of March Is Back Once Again

Share All sharing options for: The Beauty Of March Is Back Once Again

The further removed I become from my (extreme) youth, the more memories I seem to discover have been misplaced or stolen. This isn't a phenomenon unique to me, obviously, but it's also not an area where one finds comfort in company.

My recollection has long been one of my sharpest assets, but the other day my mother told a story that didn't register with my brain on any level. It would have been a troubling occurrence (for me) even had the tale been highly obscure, but this was one that I felt like should have remembered and probably did remember at a time we're not that far removed from.

The things that persist during a period of loss are sometimes surprising, but never less than interesting.

It stands to reason that the memories which stick past a certain age are the ones you hold most dear. Having said that, it's fairly ridiculous how vivid the memories I have of watching first round NCAA Tournament games as a child still are. 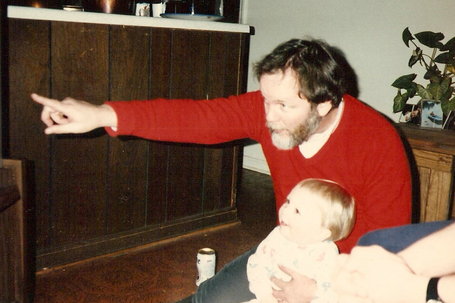 Unless there was something especially significant taking place at school (rare), I was always allowed to skip or take a half day on the first Thursday of the big dance. I still have strong memories of killing time at my dad's old office inside the Kentucky Home Life Building until it was time to go home and be properly inundated by the madness.

I vividly recall watching Devin Davis and Miami University - the school one of my older brothers was attending at the time - stun Damon Stoudamire and Arizona in the first round. I remember staying up unbelievably late to witness Princeton backdoor defending national champion UCLA in the game's final seconds. And I remember Mrs. Klausing (a computer teacher more than worthy of this name drop) wheeling out the TV so that we could watch Bryce Drew stun Ole Miss at the buzzer in 7th grade. One of my friends had the Rebels in the Final Four. He came dangerously close to crying.

I can't remember the name of my partner for the May Pole dance in 3rd grade or what the first cassette tape I bought was, but these memories and dozens more can be shoved to the forefront of my brain without a whole lot of effort.

The thing is, it's always been like this. I've always felt about the first day of the NCAA Tournament the way regular kids felt about their birthdays or the way (some...don't hurt me) women feel about weddings. Maybe it's inherent, maybe it was the way I was raised, maybe it has something to do with this city, because I know I'm not the only one around here. My guess it's a combination of all of these...and probably some other stuff I don't even understand.

More than anything though, the opening day of the tournament is special (at least in years like this) because there's a chance that the Louisville Cardinals could wind up winning the national championship. That's still the dream we all share, right? The hopeful end result of all the time spent watching, screaming, debating and following for the past five months. 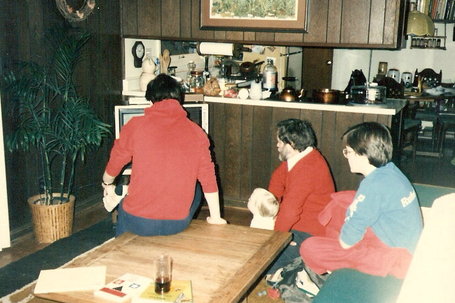 I think I speak for all of us when I say that as much as I love the sport, I'm a Louisville fan first and a college basketball fan second. Sure I still watch the games if (God forbid) the Cards are knocked out of the tournament, but that magic feeling which is present right now instantly disappears and doesn't return for another 12 months.

If Louisville defeats Manhattan his evening, we're all permitted the right to be completely ridiculous - Tim Henderson played against one of Saint Louis' reserves when he was 11, that could be huge. Florida losing to Albany would mean we definitely wouldn't have to face them in the title game. - until that incommunicable anxiety returns again on Saturday. It's crazy, but let's be real, this is all crazy; we're all crazy. And I couldn't love it more.

In a matter of hours, the NCAA Tournament, complete with its endless potential and requisite magic, tips off.

For now, the dream lives.