Luke Abeln wasn't expected until May, but he decided he just couldn't miss March Madness. His hatred of pants is already strong.

Most wonderful Sunday of the year, y'all. Enjoy the calm of the next couple of hours, because after that it's pure inanity for (hopefully) 22 straight days.

ESPN's Ryan Feldman says that Louisville should be a one seed.

Andy Katz offers up five thoughts on U of L's latest conference championship.

2. Louisville is a force to be reckoned with in conference tournament play. The Cardinals have won three straight postseason tournament titles -- two in the Big East and one in the American. The Cardinals have won all their conference tournament title games by double-digit points for the second straight season. Add to that Louisville's two straight Final Four trips and one national championship, with a possibility for a repeat. Yet, for whatever reason, that is not being discussed much nationally.

The conference the Cardinals play in may have something to do with that, but Louisville deserves at least some talk of having built a budding dynasty. As he departed his postgame news conference, Pitino remarked that the Cardinals were heading to their ninth conference next season. He's not that far off. Louisville has been in the Missouri Valley, Metro, Conference USA, Big East, American and next season the ACC.

Kyle Ringo says Louisville is the team no one wants to see in the NCAA Tournament.

Growing up I was always a little bitter about being born right around the end of the "golden age" of Louisville basketball. I was alive for the 1986 national championship, but I was a year old, which means there pictures of me enjoying the event, but no memories or ay sort of understanding. It's almost more cruel that way.

Imagine how kids who were born around March, 2012 are going to feel when they get older. It's like, "yeah I was this giant good luck charm for everybody else, but I didn't get to experience any of the joy I brought."

You gotta earn it, Cardinal babies of right now. 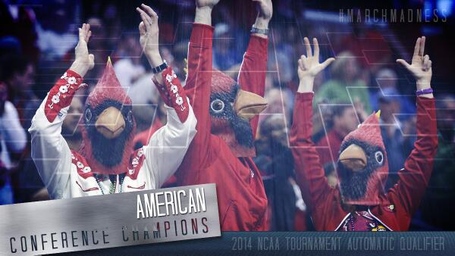 Yahoo's Jeff Eisenberg says what to do with Louisville is one of the five most difficult decisions facing the committee today.

4. Should Louisville's seeding be more representative of its No. 22 RPI or its No. 5 AP ranking?

No team has a greater discrepancy than Louisville between where it stands in the RPI and how voters and analytics experts perceive it. The Cardinals are No. 23 in the RPI, behind the likes of Gonzaga and Virginia Commonwealth. Conversely, the Cardinals are No. 5 in the AP Top 25 Poll and No. 2 in the rankings done by college basketball statistical guru Ken Pomeroy.

What explains the difference is Louisville's margin of victory against a bad schedule. On one hand, the Cardinals only faced the 100th toughest schedule in the nation, managed just five RPI top 50 wins and beat only two teams certain to make the NCAA tournament. On the other hand, the defending national champs have zero losses to teams outside the RPI top 50, their average margin of victory in their 29 victories was 22 points and they appear to be peaking at the proper time for the third straight season.

The guess here is the committee will split the difference and give Louisville a No. 3 seed. The Cardinals are too good to award a No. 4 seed and imperil a No. 1 seed in the Sweet 16, yet Louisville simply doesn't have a resume in the same class as some of the contenders for the final No. 1 seed.

Rick Pitino is now the only coach in Division-I history with tournament and regular season championships in five different conferences.

Gary Parrish says Louisville probably won't be a one seed, but that doesn't mean they won't be their region's favorite to make the Final Four.

They won their AAC tournament games by an average of 33 points.

Their past six wins have come by double-digits -- including this 71-61 win over UConn.

Will that be enough to get a No. 1 seed?

Again, I'd bet against it -- and even Pitino, later Saturday, changed acknowledged that he doesn't really think the Cards will get a No. 1 seed even if he sincerely believes they deserve a No. 1 seed. Either way, they're a serious threat to become the first team to repeat as national champions since Florida in 2006 and 2007. Oddly, the Cardinals might have to go through Florida to get that done. But they seem capable of going through anybody, at this point, regardless of what number gets placed beside their name on Sunday.

And now it's time for the postseason CCBM portion of news and notes... 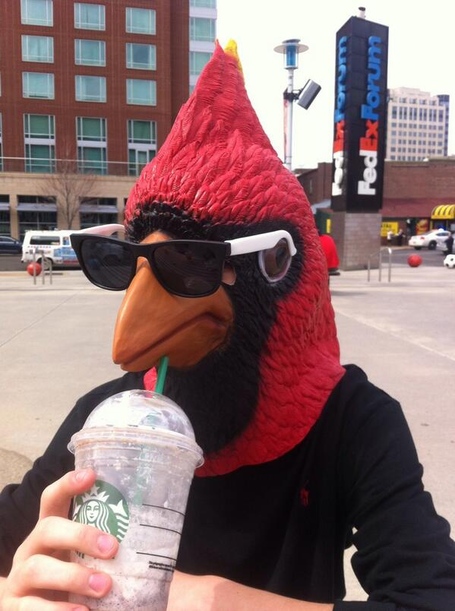 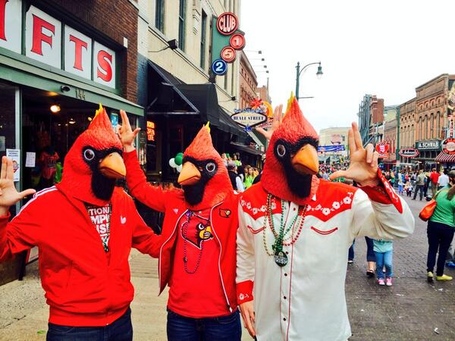 Dad of the Year: 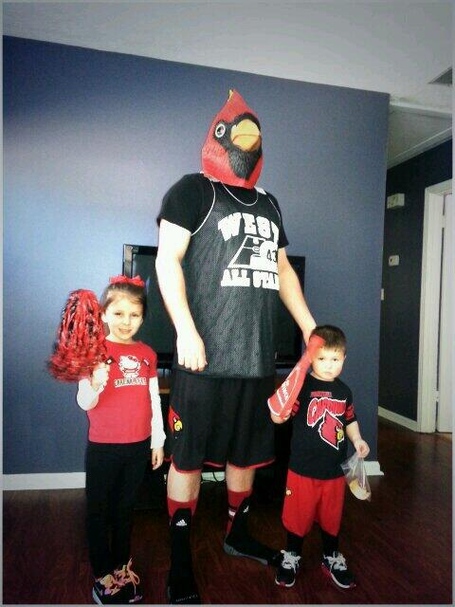 Again, tiny people in the CCBM are the best: 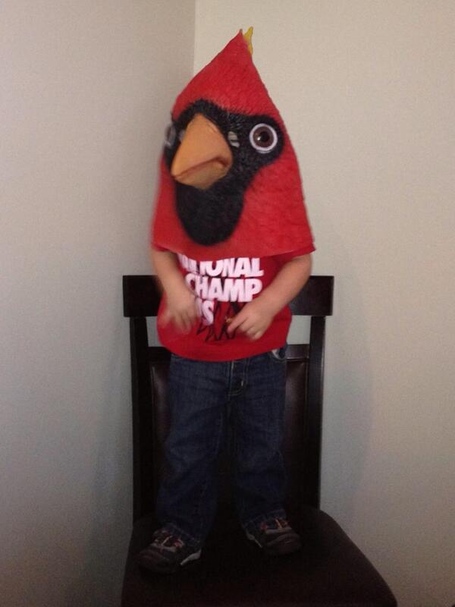 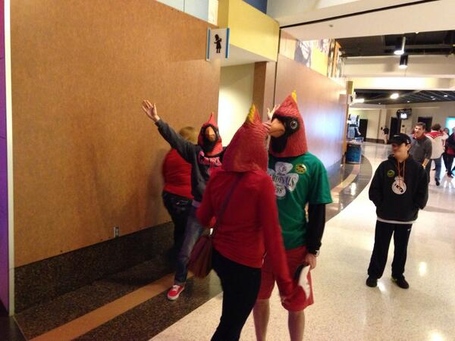 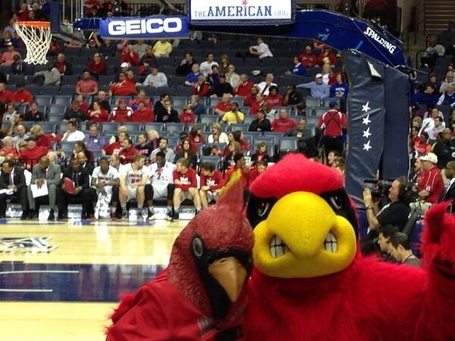 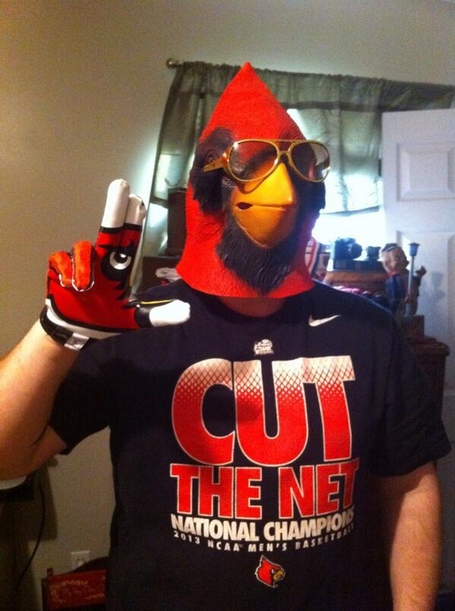 Former U of L defensive backs coach Tommy Restivo will be the defensive coordinator at South Carolina State.

Watching Bryce Cotton lighting up Madison Square Garden last night in the Big East championship game may have been the most surreal viewing experience of my life.

Bryce Cotton is a heck of a story. Tucson kid who did not have a single D2 or D3 offer until Providence saw him on a recruiting web site.

No doubt who my second favorite team in the tournament is going to be.