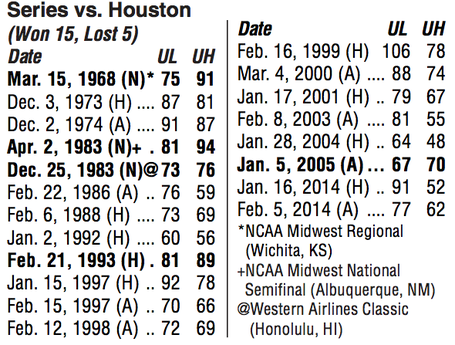 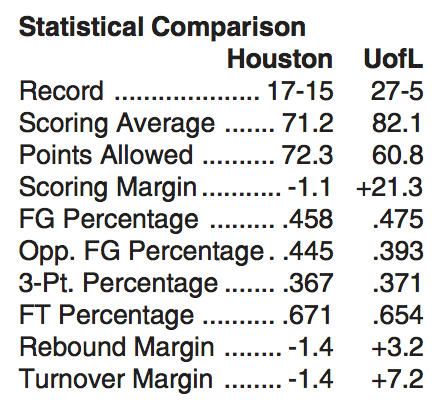 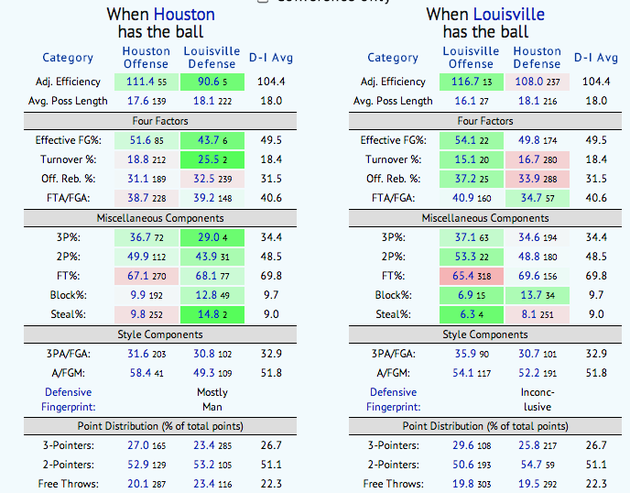 Like Louisville, Houston is playing its best basketball of the season at the right time. The Cougars defeated a ranked opponent for the second time during a 5-1 stretch Thursday, beating No. 25 SMU 68-64 in the quarterfinals. They also took out then-No. 21 Memphis 77-68 on Feb. 27.

Sophomore guard Jherrod Stiggers had 19 points against the Mustangs, going 5 for 9 from 3-point range after scoring a career-high 22 and shooting 5 for 10 from beyond the arc in 104-83 loss at UCF in the regular-season finale last Friday. Stiggers has gone 10 straight games with at least one 3-pointer, including eight games in that stretch with at least three treys.

Junior forward TaShawn Thomas leads the Cougars in scoring at 15.5 points per game. Sophomore forward Danuel House chips in 13.7 ppg, while sophomore point guard L.J. Rose has been one of the best distributors in the conference all season (5.5 apg).

--Louisville has reached the semifinals of its conference tournament for the fifth time in the last six years and the fourth year straight.

--Louisville has won 13 of its last 15 conference tournament games and has reached the championship game four of the last five years, winning the 2009, 2012 and 2013 Big East titles.

--Houston has not advanced to a conference tournament championship game since winning Conference USA in 2010.

--Louisville is 0-3 all-time against Houston on neutral courts.

--Louisville is second in the nation in turnover margin and third in steals per game (10.3).