Adam Carroll discovered that his daughter would be arriving while he was on his way to the Big East championship game last season. Her name is Montrezl. It's not, but it should be, and she's ready to watch her should-be namesake tear it up in another conference tourney.

In less than 24 hours, the Louisville basketball postseason begins. 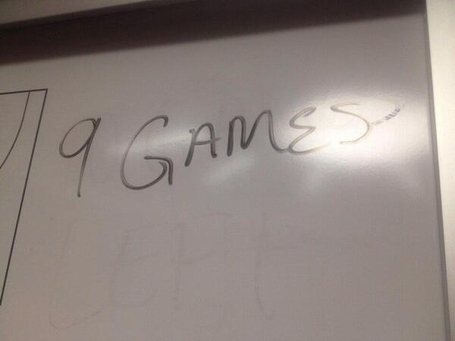 The days we spend the rest of the year waiting for are here. Enjoy it all.

This figures to be an emotional weekend for Chris Jones, who is headed back to Memphis just a couple of weeks after his step-brother and best friend was shot and killed there.

"I don't trust that city at all," said Jones Saturday, after the Cardinals' win over Connecticut. "I've been there all my life. I know the things that go on in that city, and I don't trust it at all."

And why should he? His best friend since elementary school was shot and killed in Jones' neighborhood the same day as his homecoming at Memphis March 1, the game Jones had circled on the schedule since arriving at Louisville.

Jones has since dedicated the rest of his season to Ray, but his second trip back home in less than two weeks must focus around basketball, as hard as that may be.

"I'm not going to go out. If my mom and aunty want to come see me, I think they'll come to the hotel. They understand," Jones said. "People in Memphis understand too."

Adam Himmelsbach of the C-J also has a really good story on Jones that you should read.

Your worst conference tournament memory? As bad as the 2011 championship game loss was, I'm going with the C-USA quarterfinal loss to Marquette in 2002. It was Pitino's first season and a win probably would have earned the Cards a miracle berth into the NCAA Tournament, something which meant a great deal more at that point than it does right now.

I vividly remember sprinting to my car after school and immediately hearing a Luke Whitehead dunk as Louisville mounted a huge comeback. I then drove to baseball practice and listened in horror as Dwyane Wade's and-1 put the game away. Pretty confident my mourning period included skipping school the next day...which I am not endorsing, kids.

Vegas says Louisville would be favored on a neutral court over every team in the country besides Florida. Here are their power rankings:

This brings me great comfort.

Montrezl Harrell talks to the C-J's Jeff Greer about the growing surrounding himself and the NBA.

"I don't want to have to go out there and play onto a team. Once the deadline hits, where I can't come back to school, then what am I going to do?"

Rex Chapman takes you inside the mind of a truly psychotic Kentucky fan. I'm legitimately worried about what this post is going to result in.

Although I like to imagine myself as a Hajj Turner stalker who casually refers to him as "4" in frequent text messages. 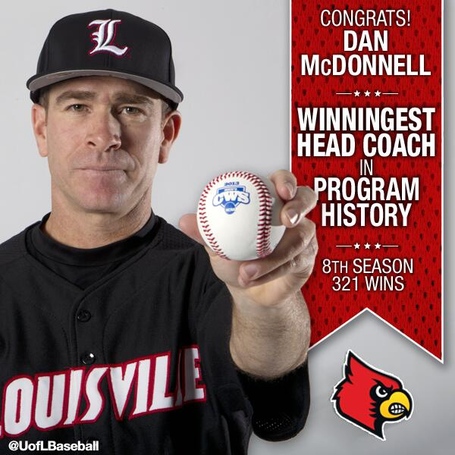 I realize that this should warrant its own post, but time is more than a little tight right now.

Defensive improvement might be the biggest reason for Louisville's late-season success.

Athlon ranks Louisville as the 29th-best job in college football.

Pros: Louisville has solid facilities and is in a good spot geographically to consistently attract top recruits. Kentucky is not a great talent producer, but Louisville can recruit Ohio and Illinois due to its proximity to those states and has always done a good job recruiting Florida. Also, the school "survived" the realignment wars, finding a home in the ACC. This article is more of a long-term reflection of the job, but it's hard to ignore Louisville's athletic department, which could be the best in the nation.

Cons: The school lacks football tradition and doesn't have the fan base that most top 25 programs possess. When the Cards are good, they draw well. But in 2009, in the final season of the Steve Kragthrope era, they ranked 71st in the nation in attendance, averaging 32,540 per game. Moving to the ACC is a huge plus for the program, but Louisville also is moving into a harder league in a division featuring Clemson and Florida State. The Cardinals went from the No. 1 program in the American to the No. 6 job in the ACC.

Final Verdict: Like many of the schools in the ACC, Louisville is only as good as its coach. Bobby Petrino won big in his four years. Kragthorpe flopped in his three seasons. Charlie Strong won 37 games in four years. With the right fit, Louisville competes for league titles. The move to the ACC helps with stability and the long-term outlook for this program, making the Cardinals a fringe top 25-30 job in the nation.

Texas, for those wondering, is No. 1 on the list.

Here's a really cool NCAA Tournament predictor tool which says that, at the moment with the bracket it's working with, Louisville has a 4.7 percent chance to win the national championship again.

Mark Stoops is going to be on a Maker's Mark bottle because he beat Miami of Ohio and came within two touchdowns of beating Louisville, I guess.

I agree with Mick, but for different reasons.

Mick Cronin to Kilpatrick and Jackson on way out of luncheon: 'Heroes are made in March boys, this is all BS.'

John Feinstein says John Calipari fell in love with himself too much following Kentucky's 2012 national championship.

Mike DeCourcy of The Sporting News justifiably slaps around the folks who spend this month talking incessantly about draft stocks.

The most dreadful college basketball game in March is more entertaining than any draft in any league, because it involves athletes actually competing and doing athletic things and not just a bunch of guys sitting in suits and waiting to hear their names called.

This promises to be an extraordinary month of basketball, with few obvious favorites and many possible outcomes. We have an undefeated team in the tournament for the first time since 1991 and only the 18th time in the history of the event. We have three active Hall of Fame coaches on the sidelines of the ACC Tournament, and two more working in the AAC.

This is March. This is not a time to be concerned about draft stock. This is a time to grab a bracket and your choice of beverage and enjoy the greatest sports month on the calendar.

In a few months, some of the players involved in these activities will walk across an instant stage, shake hands with someone much shorter than they, put on ballcaps that do not match their suits and then talk about how they'll fit in with teams that may or may not trade their rights before the evening is up.

The Patriots are still very interested in Calvin Pryor.

You would not have been able to say this a few years ago.

Your full spring football schedule and a reminder that all practices are open to the public:

The full schedule is as follows:

Bendan Prunty predicts a rematch of '05 in the AAC title game.

THE CHAMPIONSHIP
No. 2 Louisville def. No. 5 Memphis
Since Feb. 22, the Cardinals have been on quite a run. They've won at Cincinnati, at SMU and against UConn. The only loss since the beginning of February? To Memphis in this building. Well, Russ Smith and Luke Hancock more than make up for that defeat, taking out the Tigers' guards early and exposing Memphis' porous transition defense. And head into the NCAA Tournament in perfect form.

And finally, thoughts on an open thread for the games tonight? I'm thinking yes, because it's tradition...but that tradition has also been the Big East every year up until now. I'm open to differing opinions.