Share All sharing options for: Louisville-Memphis Preview: March Is Here 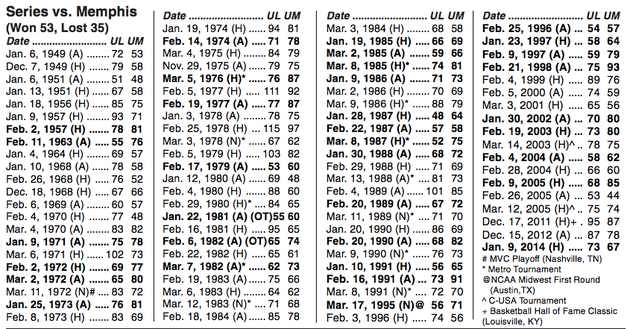 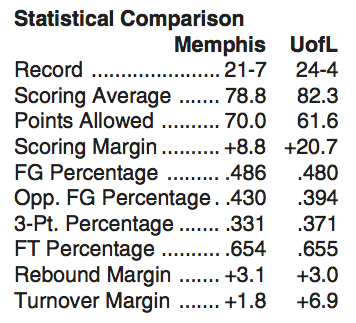 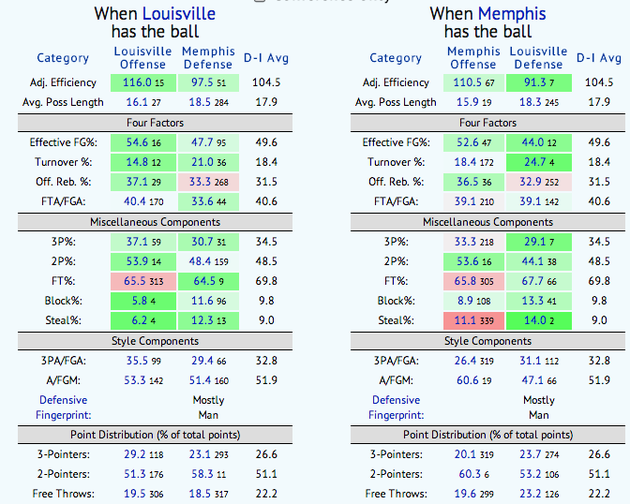 Memphis has won five of its last seven, but is coming off of an upset loss at the hands of Houston Thursday night. The Tigers enter today's game ranked No. 21 in the AP Top 25 and No. 22 in the USA Today coaches' poll.

--This is the final scheduled meeting between these two longtime rivals, although there is a plan to renew the series during the 2015-16 season.

--Memphis is Louisville's second most played rival. The 88 games played between the two ranks behind only the 99 played between Cincinnati and U of L.

--Memphis has not swept a season series with Louisville since the 1996-97 season.

--Louisville is second in the nation in turnover margin (+6.9) and is 20th in fewest turnovers per game (10.2). U of L has committed 10 or fewer turnovers in 20 of its last 31 games dating back to last year (last seven straight). The Cardinals are generating an average of 21.7 points per game off turnovers.

--Memphis and Louisville are two of the five college basketball programs that have reached 4 million in attendance during the 21st century (Syracuse, Kentucky and North Carolina are the other three).

--Louisville ranks second in the nation in steals per game (9.7).

--Louisville has held eight of its last 12 opponents under 40 percent shooting from the field, including a season-best 28.6 percent against Cincinnati two games ago.

--Memphis is the last team to score more than 70 points against U of L.

--Louisville is 3-0 all-time against Memphis at the FedEx Forum, and 22-16 against the Tigers in Memphis overall.

--Louisville has lost a school record four consecutive games when both teams are ranked in the AP poll and Louisville is ranked higher.