Share All sharing options for: Charlie Strong's Old House Can Be Yours For A Cool $2 Million

The house in Lake Forest formerly occupied by Charlie Strong and his family has officially hit the market, and can be yours for a small fee of $1,999,000.

The house at 1701 Landmark Place is listed at 6100 square feet and includes seven bedrooms, seven baths and two half baths. 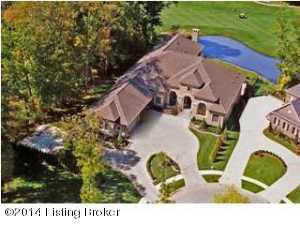 The photo tour of the house reveals that Strong had far less Louisville memorabilia than Bobby Petrino's old house did when he lived in Fayetteville, but maybe that shouldn't come as a huge surprise.