Happy birthday to you, indeed. And happy Friday to the rest of us.

Five former U of L players - Teddy Bridgewater, Calvin Pryor, Preston Brown, Damian Copeland and Marcus Smith - have been invited to participate in the NFL combine. Very surprised to not see Hakeem Smith on that list.

Louisville checks in at No. 14 in the latest SI power rankings from Luke Winn, who is amazed at Luke Hancock's ability to draw fouls as a cutter.

I continue to be amazed by Luke Hancock's ability to get to the free-throw line. He generated nine attempts against Houston on Wednesday (making eight), is drawing 5.7 fouls per 40 minutes, and has a team-high free-throw rate of 54.4 per 100 field-goal attempts. This is how he's remained an efficient scorer despite making just 30 percent of his threes. As for how he's drawing the fouls, my favorites  are, by far, the ones he gets on off-the-ball cuts. This is overselling what's actually a foul under the new rules interpretations, versus, say, Marcus Smart flopping to try to generate erroneous whistles:

Go back and look at old Jerry Smith, Francisco Garcia, Preston Knowles, Kyle Kuric etc. video. We've been doing this for a while, man.

Today is National Wear Red Day in support of women's heart disease awareness. I'm pretty sure you have something in your closet that will allow you to celebrate accordingly.

I disagree with both of these assessments. 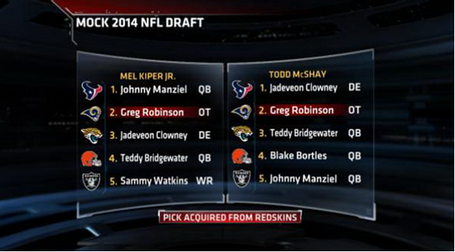 SB Nation's Pete Volk says that Louisville was one of the five biggest losers on National Signing Day, but primarily because of guys who had decommitted weeks earlier.

The folks over at Football Study Hall have a really informative look at why recruiting rankings really do matter (usually).

My best friend DMX wants to box George Zimmerman. That's the end of this blurb.

CBS gives Bobby Petrino a thumbs down on his first recruiting class in his second stint at Louisville.

Bobby Petrino, Louisville , No. 47: The Cards actually got some good news on Signing Day, pulling in linebacker Sharieff Rhaheed, tackle Lukayus McNeil, and athlete Cornelius Sturghill... but did that outweigh the bad news of losing linebacker Isaiah Riddle to Kansas State (without him even visiting Manhattan), Quincy McKinney to East Carolina, or longtime Card commit Desean Blair to Missouri? Of the 20 recruits signed by the Cards, none was a composite four-star. Petrino's accomplished plenty with classes like these (and worse) before, but pulling in at least one high-profile recruit would have done a lot to silence the talk that Petrino's past will badly hamstring his efforts on the trail -- and it didn't happen.

Charlie Strong, if you care, got a "thumb poised somewhere in the middle," which I don't think is an actual thing. Or maybe all those women were just making fun of me.

The ACC's coaches are still discussing the potential of moving to a 9-game conference schedule.

Honored to work with a great team, on behalf of a great city. Thanks @GOVERNING for Public Official of the Year award pic.twitter.com/QGPdWs4Kw5

Louisville and Arkansas remain in a recruiting battle for 2014 DL Tae Thibodeaux, who plans to visit U of L this weekend.

Larry O'Bannon has signed with a professional team in Russia.

So during the South Florida game last weekend, this picture featuring Stephan Van Treese popped up on Twitter: 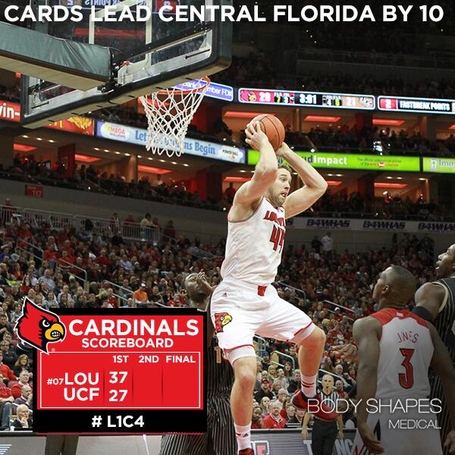 Naturally, I asked people to crop him into a Warped Tour mosh, and the results need to be shared with the non-Twitter world... 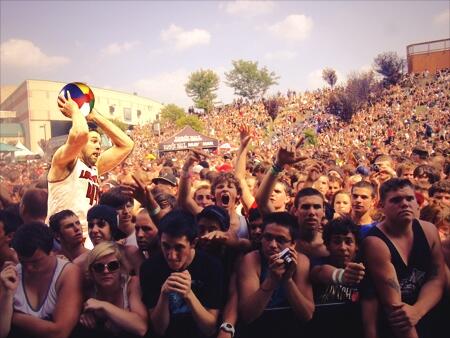 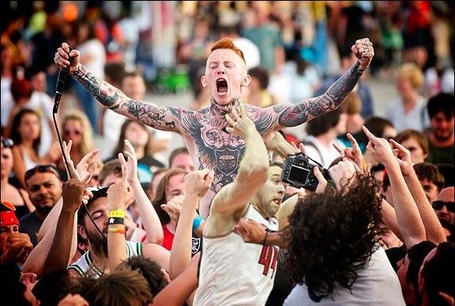 Senorise Perry's previously announced autograph session at Cardboard Heores in the mall has been rescheduled for March 6.

Earlier this week, John Calipari made the claim that this year's Kentucky basketball team is the "most overanalyzed team in the history of sports." It's an absurd statement, of course, but it's the type of stuff that Calipari says (and somehow convinces fans of) in order to motivate himself.

Jerry Tipton laid out the full absurdity of Calipari's paranoia on Thursday.

Gary Parrish, who covered Memphis for The Commercial Appeal, noted how Calipari suspected unfair treatment by the Ratings Percentage Index, a system for judging teams based solely on uncaring numbers.

Calipari also saw ulterior motives in critical columns by Geoff Calkins of The Commercial Appeal, Parrish said. This was born from the fact that the E.W. Scripps Company owned newspapers in Memphis and Cincinnati.

"He was convinced Geoff Calkins was coming down hard on him because The Commercial Appeal was owned by 'Scripps Howard' (the former name of the company)," Parrish said. "Cincinnati fans were leaning on 'Scripps Howard' to get the Memphis columnist to be hard on John Calipari. That's as paranoid as you can get. ...

"John has a lot of terrific qualities. Anybody who knows him, even his friends, would tell you he is paranoid by design. That doesn't mean he hasn't been right about some things. It's just that oftentimes he sees conspiracies when they simply don't exist."

Calkins said that "very, very lukewarm, slightly critical columns" made him an enemy.

"I kind of got the sense he needed an enemy, so I became an enemy," Calkins said. "But I do think enemies fuel him."

Calipari then did pretty much the exact thing the story accused him of doing and reacted on social media like a 13-year-old girl who just got dumped.

I think being the head coach at Kentucky would do weird things to just about anyone, but it sounds like Calipari was kind of this way before he got to Lexington.

Here's a forwarded message from a fan looking for some help:

I am searching for the Louisville sweet 16 game from 1972 against what was then known as the southwestern Louisiana "Ragin Cajuns", now Louisiana Lafayette. Through my experience copies of games from this era are now only in the hands of the fans so i am reaching out to every alumni chapter across the country. If anyone has any information or any leads as to who might know of where i can track the game down please contact me, feel free to forward this to anyone you feel might be able to help and thanks in advance for your efforts!

Shoot me an email if you can help this gentleman out and I'll pass the info along. 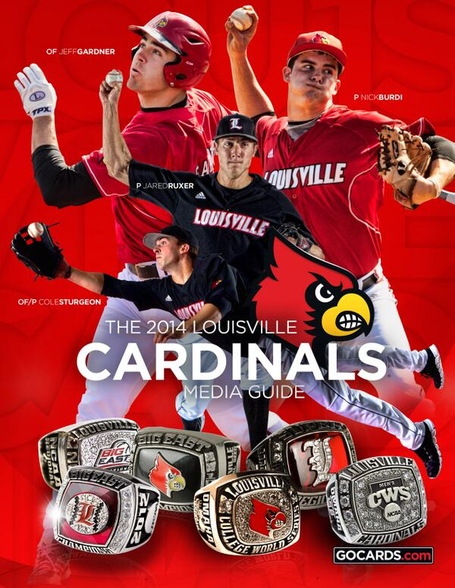 Bobby Petrino talked earlier this week about hoping to add a player or two to his 2014 class, and one of those targets is JUCO cornerback Jamacus Howard, who plans to visit U of L next weekend.

And finally, here's a chance to spend your Friday doing some good, y'all.

A group of U of L students are putting on an 18-hour "raiseRED" dance marathon benefitting cancer research at the U of L pediatric oncology unit. They've got about 500 people registered to participate, but need more donations to reach their financial goal. A year ago they hit  $73,000 and this year they're shooting for $100,000. The event is being held on March 1 at the SAC and multi-purpose room on campus and will be open to the public from 9 a.m.-12 p.m.

Donating is extremely easy and can be done at raisered.donordrive.com.