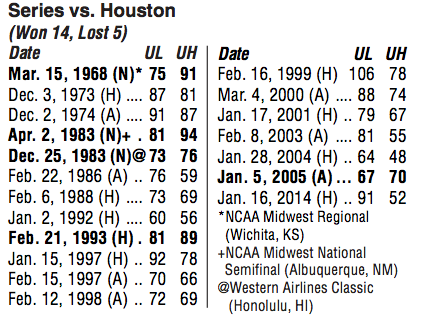 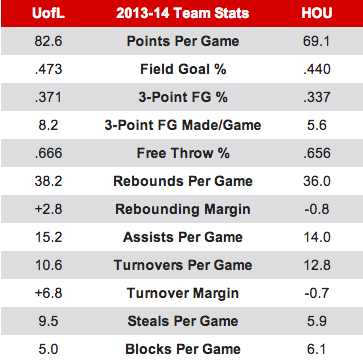 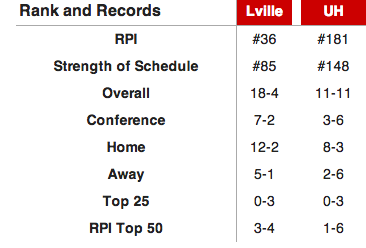 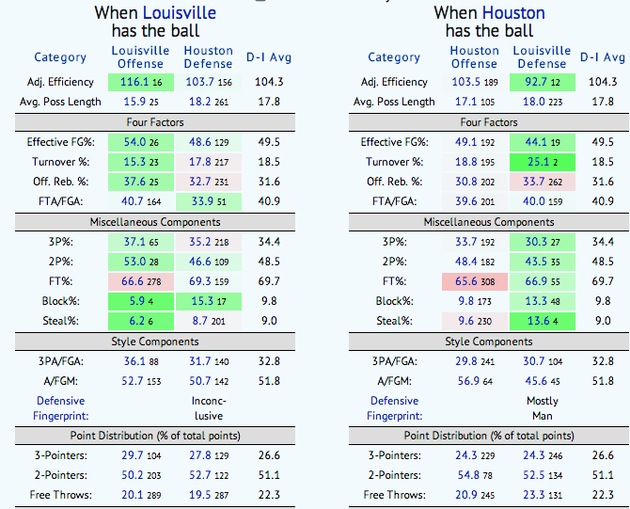 It will be Guy V. Lewis Night at Houston this evening, honoring the Cougar coach who entered the Basketball Hall of Fame along with UofL's Rick Pitino in 2013.

Junior forward TaShawn Thomas has been Houston's rock, and is the only player in The American to rank among the league's top six in both scoring (15.8 ppg, 6th) and rebounding (8.6 rpg, 2nd). The Cougars are 13th nationally in blocked shots, swatting 6.1 per game. Thomas is 18th in the nation individually with 3.0 blocks per game.

--Louisville is second in the nation in turnover margin (+6.8) and is 39th in fewest turnovers per game (10.6). U of L has committed 10 or fewer turnovers in 14 of its last 25 games dating back to last year. The Cardinals are generating an average of 22.1 points per game off turnovers.

--Houston has lost its last four games by a combined 80 points.

--Chicken Knowles is the man.

--Wayne Blackshear, who scored a career-high 23 points in the first meeting with Houston, did not travel with the rest of the team after suffering a concussion in practice on Monday.

--This happened today (via Kenny Klein): 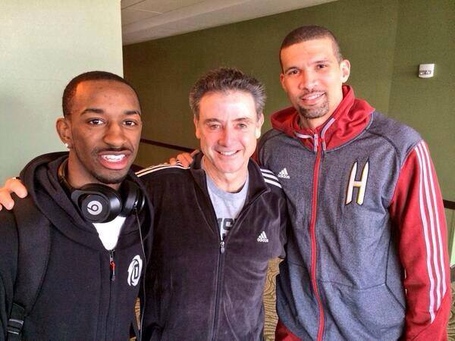 --Houston has given up an average of 82.5 points during its current four-game skid - 14.4 worse than its first 18 games - and allowed a season-high in a 93-70 road loss to Rutgers in its last game.

--Louisville has won 29 straight games against unranked teams, the longest such streak in program history.

--Houston has won its last two home games against ranked teams, including an upset of Connecticut on New Year's Eve.