Luke Hancock brought the boom to Kosair's over the weekend to spend some quality time with Jackson, one of the biggest Cardinal fans in the city.

Tia Gibbs scored 19 points to help Louisville secure its 15th straight win -- tying the program's record for longest winning streak -- a 79-59 victory over South Florida on Sunday. The 22-1 Cards are now listed as a No. 1 seed on the latest Bracketology from ESPN.

Easily the best snow work of the winter: 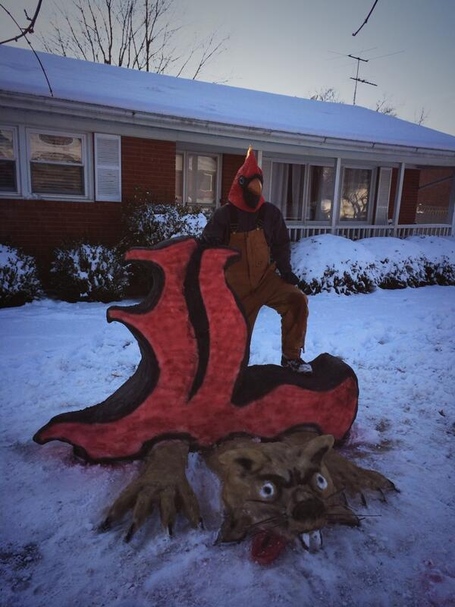 Tremendous effort and execution by @Brett_Elswick21

Rick Pitino will be one of the guests on "Katz's Corner" Tuesday at 1 p.m. on ESPNU.

DeSean Blair, who is still listed as a "soft" U of L commit, says he'll pick between the Cards, Nebraska and Missouri on Wednesday. Isaiah Ford will also be announcing his decision on Wednesday.

Former U of L commit George Rushing says he's down to just TCU and Wisconsin, but not because Louisville pulled his scholarship, he simply eliminated the Cards from consideration.

Maybe the pinnacle of my career(?) to date:

A girl at the Back Door name dropped @CardChronicle to try to convince Dave and I to participate in group sex with her and her boyfriend.

Ivan Rabb, a class of 2015 power forward ranked in the top five by just about every scouting service in the country, has Louisville in his initial list of 12 schools.

EVERYBODY IS COMING AROUND.

Couldn't be better publicity for our Signing Day party Wednesday.

U of L closer Nick Burdi has been named a first team preseason All-American by Baseball America.

Additional congrats to U of L outfielders Cole Sturgeon (#12) and Jeff Gardner (#15), who were named to Baseball America's list of the top 50 seniors in America.

Gorgui still doing what Gorgui does:

Former Louisville running back Senorise Perry will be doing a signing event Tuesday at Cardboard Heroes in the mall from 7-8 p.m. The cost for an autographed item is five bucks.

Predictably, the news about Shaq Jones flipping his commitment from Louisville to Georgia is being played in Macon as the Dogs snatching a recruit away from former defensive coordinator Todd Grantham.

My Spanish is a little rusty, but I believe this translates to, "the king stay the king."

Russ Smith was named to the AAC's Weekly Honor Roll.

Louisville is a six seed playing Stanford in the first (or second, whatever...so stupid) round of NBC's latest Bracketology. I seem to remember that scenario not working out too well for the Cardinal a few years ago. 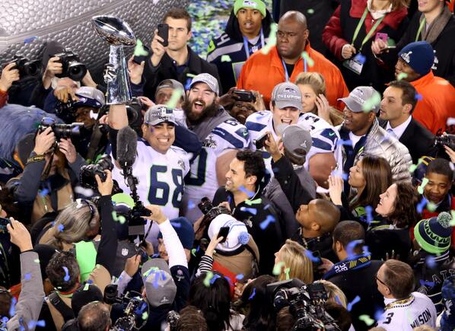 Another congrats to the big guy.

It kind of got lost in the shuffle over the weekend, but Prudat's photo gallery from the UCF game is definitely one of the best yet. Some terrific Pitino shots near the end.

The Cards are on the outside looking in of the latest college hoops power rankings from SB Nation.

Winter was my favorite holiday throughout childhood, and I f---ing hate myself for that now. I don't even have to go outside as much as the majority of you all do and I'm still miserable.

This is Shaqquan Aaron on the pass:

Louisville is still a six seed in the latest installment of Bracketology over at CBS.

This is apparently what the front window at College Coop down at (in) Cardinal Towne on U of L's campus looks like. 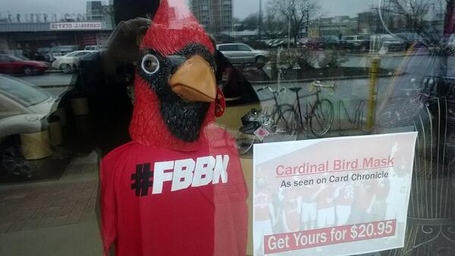 There are so many worse things that could be attached to the phrase "as seen on Card Chronicle." Mascot sodomy is one of those.

And finally, Bobby Petrino appeared on WDRB News in the Morning this, uh, morning. And, uh, WDRB has the video and transcript.

There was an easier way to navigate that blurb but I did not want to look for it.