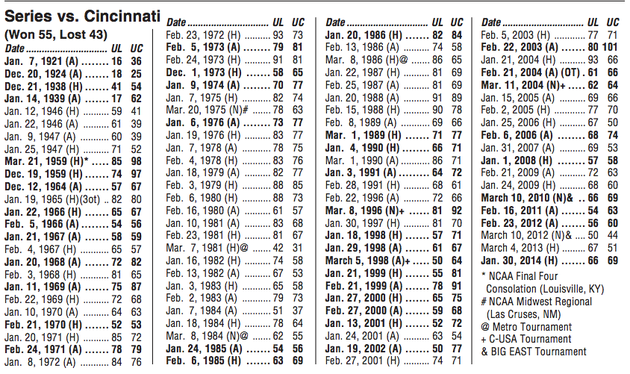 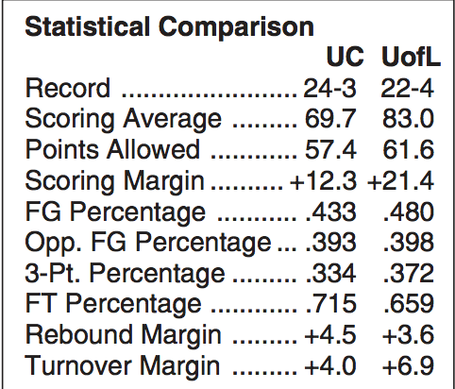 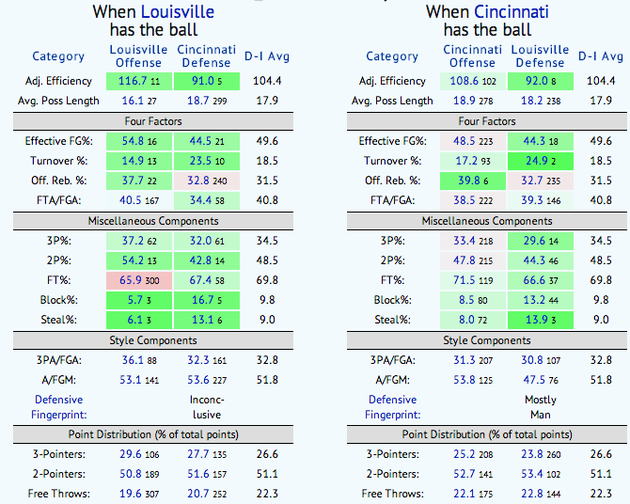 The seventh-ranked Bearcats have rebounded from their lone conference loss with back-to-back wins, including a 77-49 rout of Central Florida on Wednesday that gave them a 1 1/2-game lead on Louisville and a chance to establish some separation Saturday.

--This will be the first time Louisville has played an opponent with a better ranking since the 2012 Final Four.

--Cincinnati is Louisville's most-played opponent, with Saturday marking the 99th meeting between the two rivals.

--Cincinnati is a perfect 17-0 at home this season.

--This will be the seventh meeting since 1990 where both teams have been ranked in the AP Top 25.

--Cincinnati Coach Mick Cronin was a member of U of L Coach Rick Pitino's staff with the Cardinals for two seasons (2001-03). UofL was a combined 44-20 in those two years.

--At 13-1, Cincinnati is off to the best conference start in program history.

--Louisville is second in the nation in turnover margin (+6.9) and is 24th in fewest turnovers per game (10.3). U of L has committed 10 or fewer turnovers in 18 of its last 29 games dating back to last year. The Cardinals are generating an average of 21.9 points per game off turnovers.

--Louisville is 21-13 all-time in away games against Cincinnati.

--UC's Sean Kilpatrick is the leading scorer in the AAC at 20.2 ppg.