Josette Goulet has assembled the greatest quilt of all-time, which is no small feat. Lots of incredible quilts out there.

Both the time and the television have been set for Louisville's Nov. 22 game at Notre Dame, which will kickoff at 3:30 p.m. on NBC. Awesome.

The Cards know that they're going to have to rebound better than they did last month if they want a different result in their second game against Cincinnati.

"We just have to rebound, because they outrebounded us as a team," the 6-foot-10 Mathiang said. "Every time we outrebound a team we end up with the victory, and that's the way we're going to win this game."

That has certainly been the case in Louisville's last three wins following an earlier stretch where a rebounding deficit factored in both of its league losses. The Cardinals edged South Florida 36-30 on the boards in Tuesday night's 80-54 victory, with Mathiang and Van Treese combining for 14 rebounds and 11 points - both within the statistical windows that coach Rick Pitino envisions for them.

"For the most part we're comfortable with that expectation, though I'd like to score a little more," Van Treese said after his eight-rebound, two-point performance. "I think I could've had more rebounds (against USF) and missed three or four."

CBS Sports looks at how the last undefeated team in college basketball has fared since 1985. Amazingly, just two of those teams have gone on to win the national title.

I had also forgotten that Michigan was the last unbeaten team a season ago. Good squad. Maybe the second best I saw in person all year.

The $250,000 raised by the sale of pieces of the Final Four court has been delivered to Kosair Children's Hospital.

The UofL Equipment Office is selling game-worn Cardinal football helmets for $350. Contact mike.kurowski@louisville.edu for information about how to purchase one.

Cardinal quarterback Will Gardner will be on ESPN 680 with Drew Deener and Jared Stillman Friday morning at 8:30 sharp. 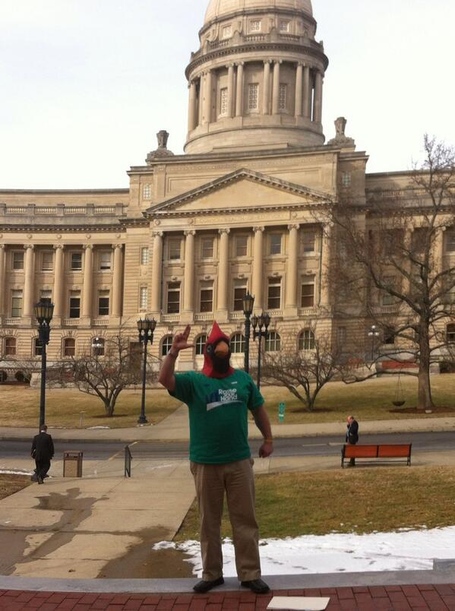 And beards at the White House. 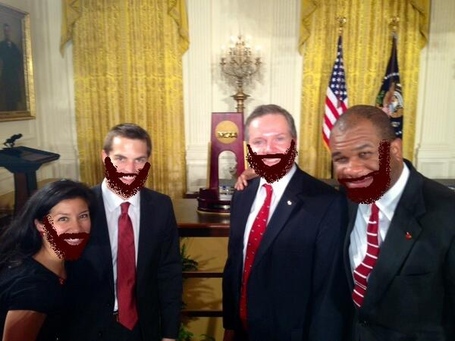 Eric Crawford talks about the Pitino/Calipari war of words over social media.

Philadelphia? Man, I don't think I ever been there.

Joseph Swide of The Classical has a really extensive look at Rainier Beach, the second-ranked (nationally) and undefeated basketball team from Seattle being led by U of L signee Shaqquan Aaron.

The feature details Beach's recent blowout of Franklin High School, the former home of Peyton Siva. Aaron couldn't help but have some fun with that fact.

Brad Evans of Yahoo says that Louisville could be in for a rude awakening come Selection Sunday.

Louisville Cardinals (22-4, RPI: 35, SOS: 109, Vs. RPI Top-50: 3-4)
The Cards' top-12 national ranking is precisely why the AP/USA Today polls are nothing more than discussion starters, worthless measurements the Selection Committee doesn't utilize when picking the field. Outwardly, most would consider the reigning national champ a muscle car, but it features only golf-cart horsepower. Despite an eye-popping 21-4 overall record, 11-2 mark in conference play and 21.3 points per game margin of victory, Rick Pitino's bunch only own a pair of wins against teams ranked inside the KenPom top-70 (vs. SMU and at UConn). That's it. By comparison, Bubbleville denizens Tennessee, BYU, Nebraska and Baylor boast more. Heck, even the mighty LA Tech Bulldogs can claim the same. In terms of efficiency data, Louisville is almost as good as last year's trophy-hoisting team. Still, with three tough road games remaining (at Cincy, Memphis and SMU), it could tumble down the mountain in a hurry, eventually bottoming out on the No. 7 line. You better stock up on Schicks, Grizzly Pitino.

A rowdy environment is expected in Cincy on Saturday, and the Bearcat students will be wearing Justin Jackson meanface shirts to celebrate the occasion.

The best CCBM beard effort to date (via @w_stelt aka Catfish). 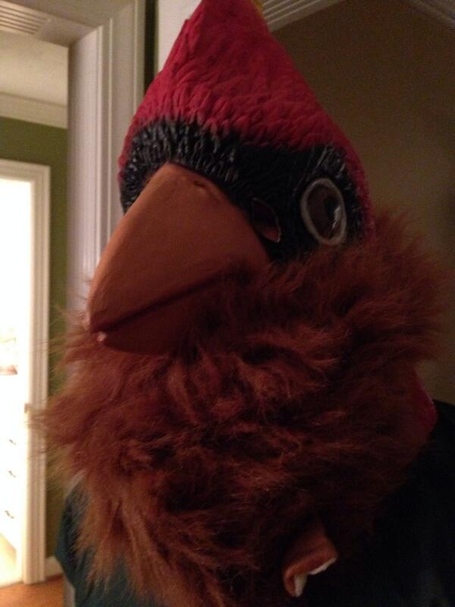 The U of L writing center asked me to answer some questions about...writing, which I would have taken more seriously (there's legitimately a Laguna Beach joke in the opening line) had I known the president of the university was the last person to partake in the exercise.

So Anthony Davis told ESPN's Bill Simmons during an interview at the All-Star Game festivities in New Orleans last week that there was once a plan was for all of the top recruits from Chicago to commit to DePaul. That group included himself, Wayne Blackshear, Tracy Abrams (No. 58 in the class, committed to Illinois) and Mike Shaw (No. 59, committed to Illinois).

That has to be just torture to hear if you're the DePaul fan.

Mick Cronin says he knows beating Louisville will be a taller task the second time around.

"It's going to be much harder to win this time," Mick Cronin said. "My belief is that we probably surprised their players a little bit with the kind of team that we have and what we're capable of and we're not going to catch them off guard this time."

The Louisville players talked Tuesday night after their win over South Florida about how eager they were to play UC again. The same goes for the Bearcats, who can't wait to get another shot at Louisville.

"It's a rival game," Justin Jackson said. "It's a payback game for them. It's Louisville. How can you not get excited for Louisville? It's Louisville against Cincinnati. You can't get no better than that. It's one of the biggest rivalries in college basketball."

"I've been dreaming about this," said Sean Kilpatrick, who scored 28 points in the first Louisville game. "This is something that really helps me and gets me motivated, especially late in the season, having a big game like this. I can't wait."

I can't either, Sean.