The arrival of new U of L superfan Rees Alan Wilkinson was so anticipated that U of L actually postponed its game at Temple so they wouldn't share the spotlight. At least according to parents Geoff and Jen.

As it stands, only four teams in Division-I meet Ken Pomeroy's requirements to be the national champion: Florida, Syracuse, Wichita State and Louisville.

Rick Pitino went on the "Mike & Mike" radio program this morning to qualify his statements from earlier in the week on social media.

"Every hour, it's like taking a little bit of poison," Pitino said during an appearance Wednesday on ESPN Radio's "Mike and Mike." "It poisons their minds.

"I think technology is a great thing in many instances, and I think it's poison in others, and for people in sports especially."

Pitino has banned his players from tweeting, and if it were up to him, he wouldn't let them use any other social media forum either.

He said his players concede they use social media at least four hours a day.

"I'm trying to get our players to read more, pay attention to important things," the Hall of Fame coach said.

The Petrino era is underway:

This is also incorrect.

Mike Mayock of NFL.com says that Teddy Bridgewater and Calvin Pryor are the best players available at their position.

I was going through the site archives yesterday, and it became pretty clear that March 5 was the day everything changed for Cardinal basketball. 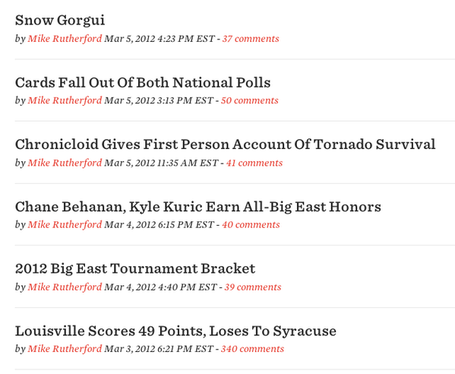 If I could request one documentary on Louisville sports, it would be on the month of March, 2012...but not until like 10 years from now. It was the most unexpected and incredible ride ever, and it set the stage for the glory of everything that has happened since.

They seem unbelievable 23 months later, but go back and look at the comments on those stories from the first week of March, 2012. Suffice it to say, things couldn't be much more different now than they were that relatively short time ago.

Teddy Bridgewater has signed trading a card agreement deal with Sage Trading Cards. Your first Teddy B card should be available in March.

This as close as we've gotten so far:

Since the Associated Press does not do a postseason poll, the Louisville women's team's current ranking of No. 3 is the highest in program history. The ladies are back in action this evening against Houston at the Yum Center, where it's the final $2 beer night of the season

ESPN's college basketball experts make some predictions about Selection Sunday, which include this from John Gasaway.

Prediction I feel good about: Louisville will finish the season 14-4 in American play and draw a No. 4 seed.

No one will be talking about Rick Pitino's club, everyone will be focusing on the usual suspects: Syracuse, Wichita State, etc. And, a little like the Orange last season, the Cardinals will be the most dangerous No. 4 seed you can imagine.

I'm not sure if fans are picking up on this yet, but this is the most accurate group of shooters that Pitino's had in nearly a decade. Russ Smith, Wayne Blackshear and Terry Rozier have combined to make nearly 50 percent of their 3s in American play, and Montrezl Harrell has been a 2-point scoring machine all season long. The Cards hit their shots and force you to miss yours. That's a pretty good method for winning games.

The only concern with this group is rebounding -- at both ends of the floor. But if Pitino's guys can just hold their own on the boards, I feel really good about this prediction: Louisville can definitely give a No. 1 seed a game in the Sweet 16.

Despite his slow start, Luke Hancock has now scored in double figure in 13 straight games, and is averaging 16.7 ppg in AAC play. Hancock's team is winning games by an average of 37.0 points when Luke is hit in the face within the first minute of the opening tip.

If that sounds like a challenge, Cincinnati, there's a reason.

Ian Klarer back on that Trez grind. 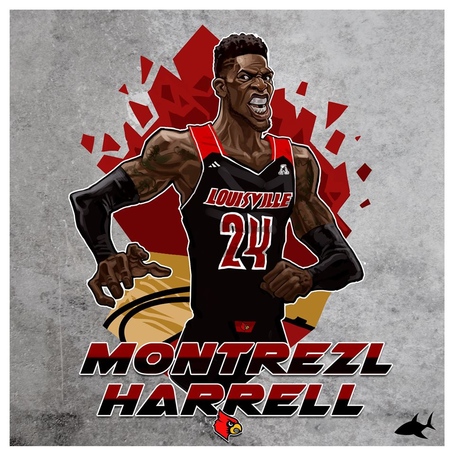 Louisville's Jeff Gardner hit a walk-off bomb on opening day and has now been named the first AAC Player of the Week for the 2014 season.

The Cards returned to the diamond today, where they improved to 3-1 on the season by hammering visiting Eastern Kentucky, 13-1.

NFL.com talks about the biggest question Teddy Bridgewater needs to answer as he prepares for the combine.

Question: Do you have any concerns about taking punishment at your current size?

Answer I would like to hear:Bridgewater has been declared the most pro-ready quarterback in the class by nearly every evaluator, but concerns about his spindly build have diminished his standing on some boards. Teams are worried about his ability to withstand punishment in the pocket despite his consistent availability at Louisville. Moreover, Bridgewater demonstrated toughness by playing with a broken wrist and sprained ankle at the end of 2012. Of course, I would ask Bridgewater about his weight and any concerns withstanding the pounding in the pocket. Additionally, I would press him on how he would avoid taking big shots from pass rushers on blitzes. Bridgewater will likely counter by pointing out his awareness of hot routes and sight adjustments against pressure, and how he will get the ball out of his hands quickly to avoid sacks or big hits. Ultimately, the official weigh-in will play a major role in Bridgewater's projection, but I would rely on his approach to offseason strength-and-conditioning training as a big factor in my final evaluation. 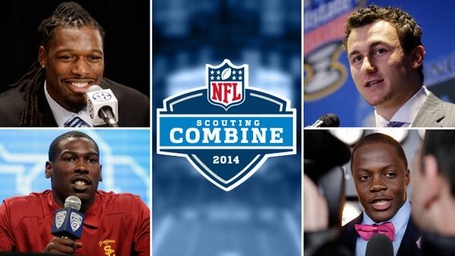 U of L senior Nikki Boltja has been named the Big East (not a misprint) Women's Lacrosse Offensive Player of the Week.

In addition to cracking the nation's top three for the first time, Jeff Walz received some more huge news this week when he got a commitment from five star point guard Taja Cole, a consensus top 15 recruit from the class of 2015.

Louisville players aren't attempting to hide their eagerness for Saturday's rematch with Cincinnati, which would (depending on what the Bearcats do this evening) pull them at least even with league-leading UC in the loss column.

"It's really big," Louisville's Chris Jones said of the rematch, "because they got us here on our home court and I think that's embarrassing. I think we're still mad about that, so that's still in the back of my head. We know what it takes to beat them now - down the stretch, play good, though defense."

Since the loss to UC, Louisville has won five straight by an average margin of 26 points against the teams that make up the bottom half of the American Athletic Conference.

"We can't let a guy like Kilpatrick do what he wants and get to the line as much as he wants," said Louisville's Luke Hancock. "He made big plays the whole time so we're gonna have to do something about that and rebound the ball."

ESPN recruiting analyst Paul Biacardi previews Rick Pitino's 2014 recruiting class, which he ranks as the fifth-best in the nation.

One of the members of that class, big man Chinanu Onuaku, posted his second triple-double of the season earlier this week.

I've never read this book or seen this...movie? But this was sent in and I'm not going to deny the resemblance. 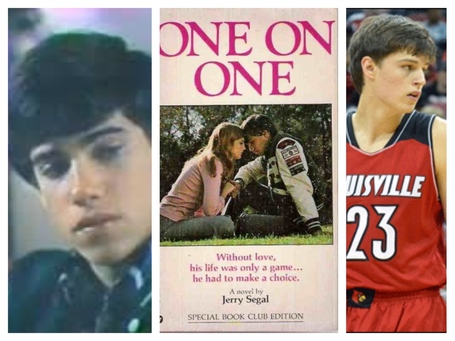 Eli Rogers sits down for an insightful Q&A with ESPN.

I think you all have another game to play first, but whatever.

Guess what? It's #BeatLouisville week