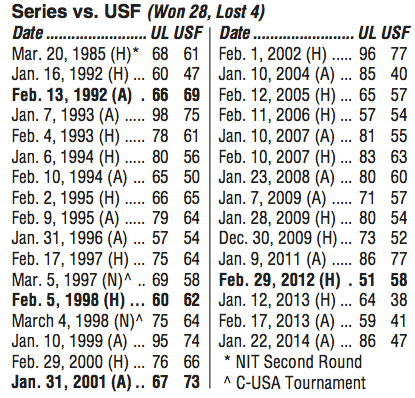 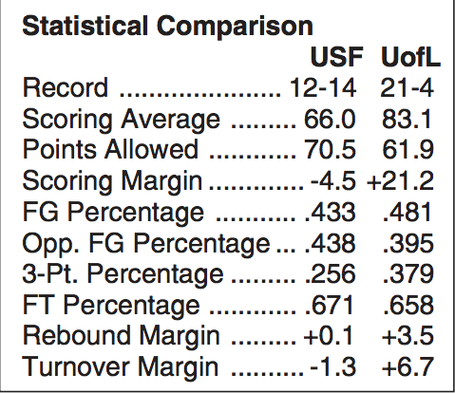 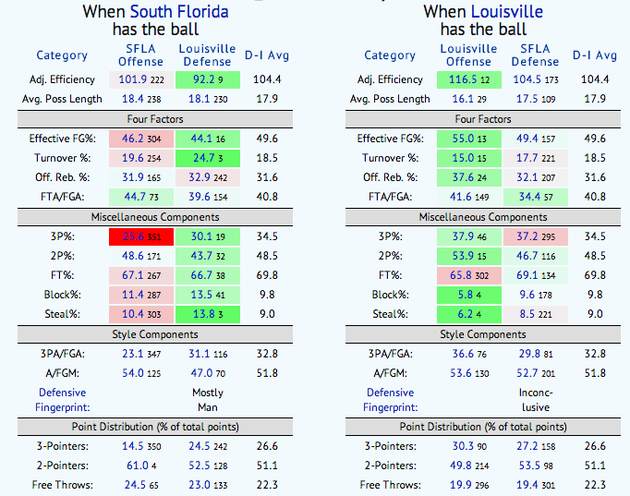 I had no recollection of that Kuric dunk. Good Lord.

The Bulls are trying to avoid matching a season-high four-game losing streak after allowing a layup with 1.8 seconds left to fall 75-74 to Central Florida on Saturday. The Cardinals humiliated USF in their first meeting last month, hitting 12 of 23 three-pointers en route to an 86-47 road victory.

Victor Rudd, who leads the Bulls at 14.9 points per game, scored 21 and grabbed nine rebounds Saturday. He had just six points in the first matchup against Louisville. Martino Brock managed only four points in that meeting, but he's also coming off a 21-point effort versus UCF.

--South Florida is 0-7 against ranked teams this season.

--Louisville is second in the nation in turnover margin (+6.7) and is 24th in fewest turnovers per game (10.4). U of L has committed 10 or fewer turnovers in 17 of its last 28 games dating back to last year. The Cardinals are generating an average of 22.0 points per game off turnovers.

--USF's Chris Perry is is a five-time recipient of the American Athletic Conference Rookie of the Week and leads all freshmen in scoring.

--Louisville is one of five Division-I programs with at least 20 wins in each of the past 12 seasons.