Louisville-Temple Preview: Cards Hit The Court For The First Time In Nine Days

Share All sharing options for: Louisville-Temple Preview: Cards Hit The Court For The First Time In Nine Days 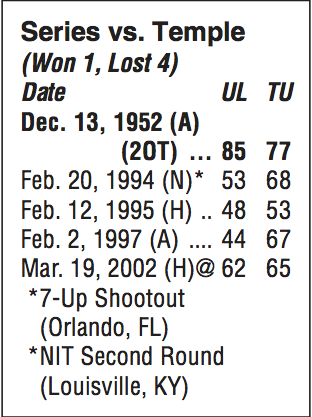 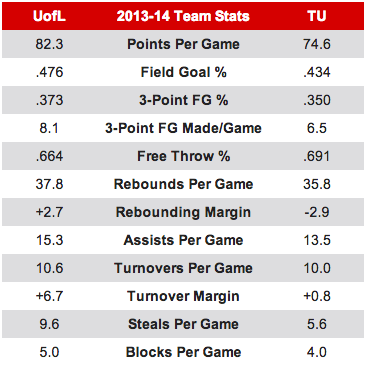 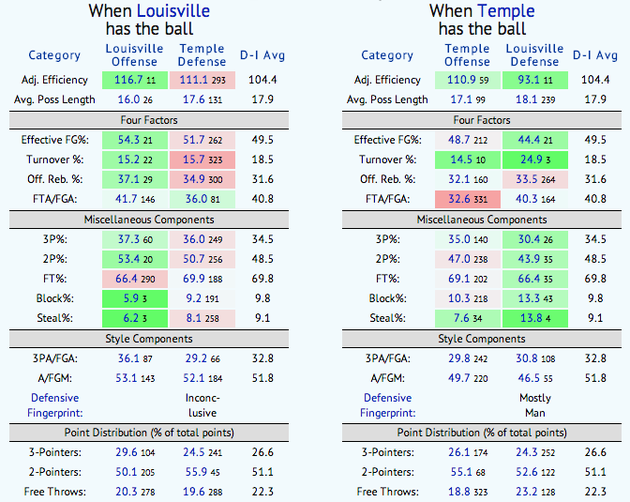 The Owls (6-16, 1-9 AAC) have lost three straight and 11 of their last 12 games following an 88-74 at Houston on Feb. 9. Temple is the only team in the country that boasts four players averaging at least 14 points per game, and they rank 13th in the nation in fewest turnovers per game (10.0). The flip side of that coin is that Fran Dunphy's team is not getting it done on the defensive side, where they've allowed an average of 84.2 points in their last six contests.

--Louisville is going to play a basketball game tonight.

--Teams from the AAC are 0-8 this season when playing for the first time in six or more days. Louisville, which has not played since Feb. 5, lost to Cincinnati the last time they were coming off an eight-day layoff.

--This evening's game has been dubbed a "White Out" by Temple, which is giving free shirts to the first 8,500 fans in the door. 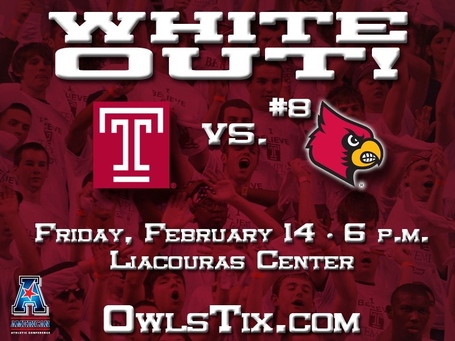 --Louisville's Wayne Blackshear will be returning to the court after missing a game with a concussion. Though the U of L game notes list him as a probable starter, Rick Pitino said earlier this week that Blackshear would likely begin the game on the bench.

--Temple is currently the only team in Division I to have four players averaging 14 or more points per game.

--Prior to Friday's game, the Owls have faced the defending NCAA champion 10 times since the early 1950's, winning once vs. Villanova in 1985.

--Louisville is third in the nation in turnover margin (+6.7) and is 30th in fewest turnovers per game (10.6). U of L has committed 10 or fewer turnovers in 15 of its last 26 games dating back to last year. The Cardinals are generating an average of 22.2 points per game off turnovers.

--Temple will be looking to continue an impressive streak, as the unranked Owls have defeated a top-10 team in each of the last five seasons. This will mark their second chance in 2013-14 after falling to #9/9 Villanova on Feb. 1.

--Temple is one of only three teams with active winning streaks of four games or more against Louisville. Georgetown (4) and Centre (5) are the others...schedule Centre.