Wayne Blackshear Will Play Against Temple

Share All sharing options for: Wayne Blackshear Will Play Against Temple

Wayne Blackshear, who missed last week's game against Houston after suffering a concussion, will be back in uniform when the Cards travel to face Temple on Thursday. Rick Pitino shared the good news with CBS Sports on Tuesday.

Blackshear came off the bench for the final four games of January before returning to the starting lineup at the four position (not his usual small forward spot) in Louisville's win over Central Florida. Blackshear, who is averaging 9.7 points and 3.4 rebounds, is not expected to start against the Owls Thursday.

In related news, a very happy birthday to Wayne, who is turning 22-years-old today. I'm told he was given the option of having a regular cake or a cookie cake earlier today, and that he refused both. I don't believe it for a second, I'm just saying that's the party line. 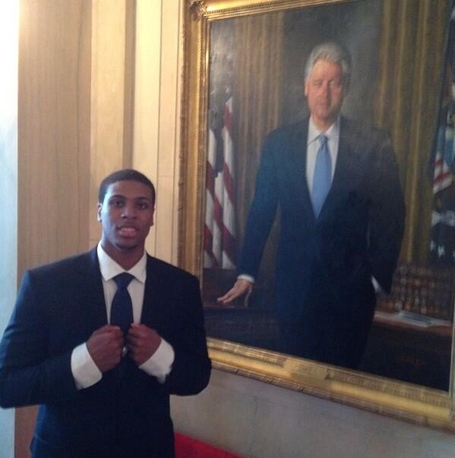