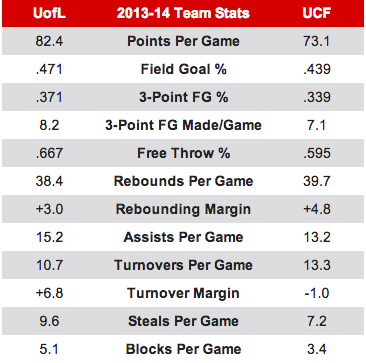 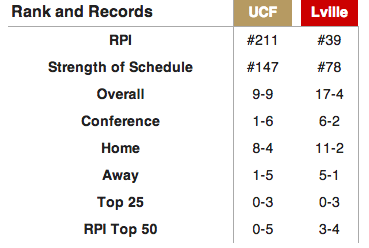 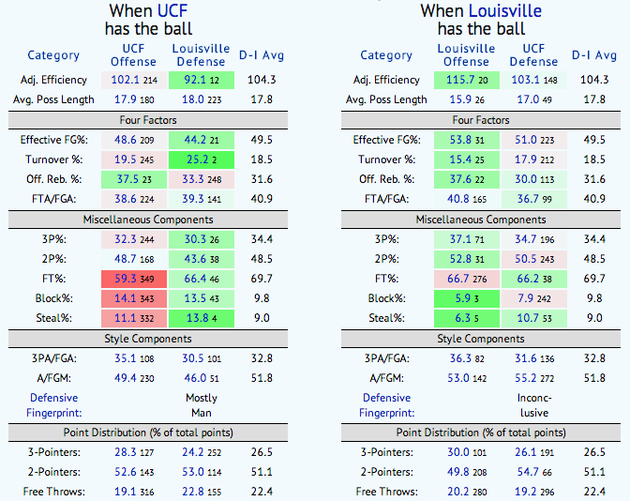 That's the first game in its entirety. Go ahead and kill some time.

UCF enters tonight's game riding a five-game losing streak, which includes a 69-59 setback to Memphis on Wednesday. The Knights are 1-6 in AAC play, ahead of only 1-7 Temple.

Sykes scored 19 in the Jan. 31 loss to Louisville, but no other Knight scored more than eight.

--About 40 former U of L lettermen will be introduced during timeouts tonight as U of L continues to celebrate its 100th year of basketball.

--Louisville is second in the nation in turnover margin (+6.8) and is 39th in fewest turnovers per game (10.7). U of L has committed 10 or fewer turnovers in 13 of its last 24 games dating back to last year. The Cardinals are generating an average of 22 points per game off turnovers (season-high 35 at USF).

--UCF is averaging just 62.1 points per game in American Athletic Conference play, after scoring at a clip of 80 points per contest in non-league action.

--UCF's Isaiah Sykes is the only player in the American Athletic Conference in the Top 15 in scoring, rebounding, assists, steals and field-goal percentage.

--Louisville is winning the next game after a loss by an average of 21.3 points this season.

--Central Florida has lost by double digits in all three matchups with top 25 foes this season and in five straight road games.

--Louisville has won 28 straight games against unranked teams, the longest such streak in program history.