1. Louisville will yield a season high in rushing yards. It's strength against strength as the Cardinals' top-ranked rushing defense takes on a Syracuse ground game averaging 232.5 yards per game (No. 22 in the country).

Louisville just held Wake Forest to minus-22 yards last week, and only one of the Cardinals' opponents has surpassed the 100-yard plateau (Virginia with 114 on Sept. 13). Syracuse should surpass that total, but perhaps not with total ease; the Orange mustered 135 yards last week against Notre Dame.

2. Terrel Hunt will be intercepted at least twice. This has everything to do with Louisville, which has picked off 10 passes in its first five games and at least one in every contest. The Cardinals have multiple interceptions of each of their four FBS opponents to date, including three of Wake Forest's John Wolford last week.

Hunt has mostly kept his errors in check this season, throwing only two interceptions in 113 passing attempts. But if the Orange falls behind (a possibility) or simply has more trouble running the ball than usual (an even greater possibility given the opponent), Hunt might be asked to do more against a secondary that has shown a penchant for picking off opponents.

Assuming Louisville is favored to beat Syracuse at kickoff time on Friday, it will be the 18th straight game the Cards will be favored to win, matching a school record ... a school record that likely won't be broken with U of L traveling to Clemson in two Saturdays. The Cards actually haven't been an underdog in a single football or men's basketball game since the last time one of them went to the Carrier Dome. That was on March 2, 2013, when Luke Hancock's corner three in the final minute lifted the Cards past the Orange.

Also of note from the linked thread: Louisville football hasn't lost a game as an underdog since the 2011 Belk Bowl. The last time the basketball team lost as an underdog? The 2012 Final Four.

This was a fantastic idea:

Syracuse released its official injury report for the Louisville game on Wednesday, and perhaps the biggest news is that freshman wide receiver Sean Avant is not on it. Avant has missed the first four games of the season with an upper-body injury. He had been expected to play a key role on the Orange offense after having a big fall camp.

ESPN has extended Dick Vitale's contract through the 2016-17 season.

The U of L women's basketball team will be making two appearances on ESPN2's Big Monday this season.

Nice to have all the Christmas shopping for every female I know already knocked out. 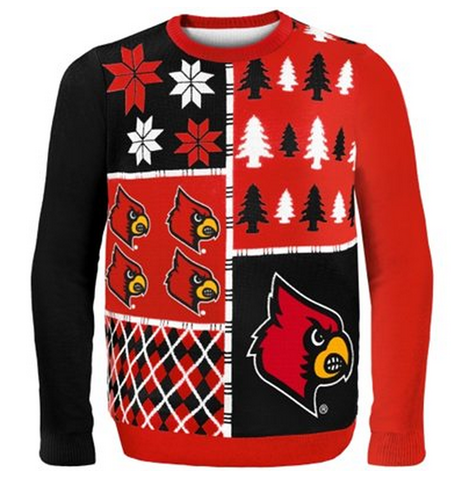 It's not going to be a surprise now, but that's okay.

Weird stat: Friday will be Louisville's fourth ACC game of the season, and in all four games they will have been facing a team playing its conference opener.

I was driving down Shelbyville Rd. towards Middletown for dinner last night when I happened upon the hardest working young man in the city of Louisville. He was standing near the road outside of the Little Caesars where he works holding a small sign for the chain's $5 "Hot 'N Ready" deal. In the time it took for the stoplight to change from red to green, I witnessed this future millionaire catch the sign behind his back, twirl it from one hand to the other repeatedly, use it as a baseball bat (and admire his subsequent home run), and, of course, move it between his legs in a manner that would make Justin Timberlake blush.

You're going places, Hot 'N Ready Kid. Don't forget me when you get there.

Donovan Mitchell has never been shy about his desire to see P.J. Dozier join him at Louisville.

GoCards.com offers up some fall baseball news and notes.

So it appears as though Elisha Justice is now modeling for TrueMoo advertisements.

It's about time he started cashing in on some of those sweet Hottest Male Athlete in the World endorsement opps.

Louisville swimming continues to keep it rolling in the recruiting world.

You don't recycle this bottle, you shatter it.

@CardChronicle If Montrezl Harrell was 21, this would for sure be his favorite beer pic.twitter.com/EugV5YRae3

But seriously, we all need to find some of this for the winter.

Four-star U of L QB commit Lamar Jackson picked up a scholarship offer from Florida Wednesday night. Keeping that young man committed is going to be an awfully tall task, because that's not the last top tier program that's going to offer between now and signing day.

Louisville Game Day Dockers are here, and they're glorious. 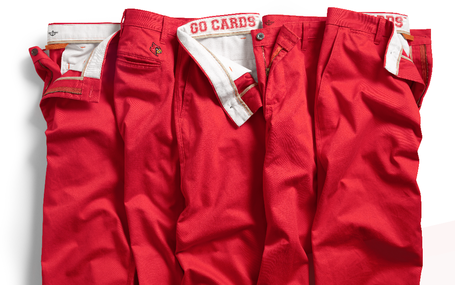 The Syracuse football team not having actual orange uniforms this year is apparently quite the hot-button issue up there.

A reminder that Friday's game thread image is in your hands.

And finally, your full college football TV guide and preview for the next three days.