Former Louisville forward Chane Behanan is headed to Colorado State where he will be eligible to play in mid-December of 2014.

"I wanted to get my degree," Behanan told ESPN.com on Monday. "I'm about 38 hours short. I also felt as though it was the right fit with Coach Eustachy."

Behanan has been in Houston for the past month working with former NBA player and coach John Lucas for the past few weeks. Lucas runs a drug and alcohol treatment program for athletes and coaches.

"I feel much better off the court," Behanan said. "Everything's falling into place. John Lucas is a great role model and leader -- and he's helped me a ton over the last few weeks." 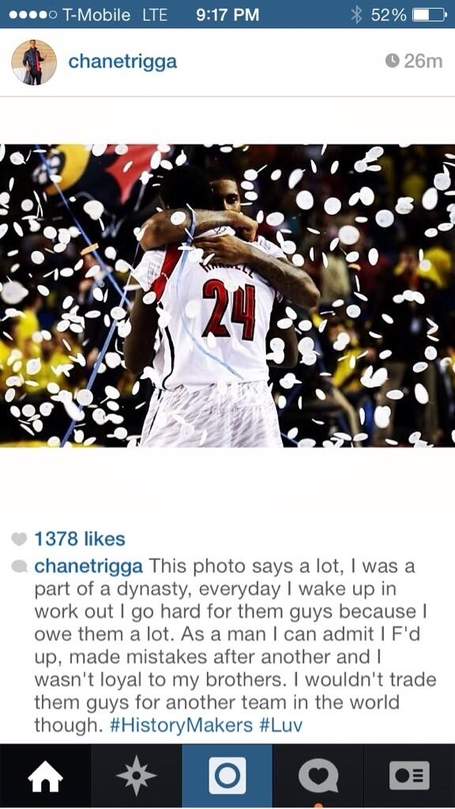 Best of luck to Chane with the Rams. You'll always be a Cardinal.

Here's the official announcement from CSU.