He also did this:

Aaron's Rainier Beach squad is ranked No. 2 in the country in the latest set of rankings from MaxPreps.

Louisville's win over South Florida last week was the 80th straight game the Cards have played in without losing by double digits. It's the longest such streak in the country and the longest streak in program history.

SB Nation's Mark Ennis, Ben Swain and Bud Elliot recently offered up their early predictions for the 2014 football season, and Mark was actually the only one who picked the Cards to finish worse than 9-3.

3. How do you think the ACC did at building Louisville's initial ACC schedule?

Bud: Because its opponents were predetermined, I am not sure how much it could really change up, but I think the order is fair. There is an extra day of rest before Clemson thanks to a Friday contest, the Florida State game is not a short Thursday (something this league has done to teams previously), and there is even an open date before Notre Dame.

Ben: A Monday night home opener against Miami and a Thursday night home game against FSU should do wonders for ticket sales, and a trip to South Bend is a pretty nice perk for joining the conference as well. I think they did a great job of getting off on the right foot with Louisville fans, and I know it wasn't entirely intentional, but the rematch of the Russell Athletic Bowl in Week 1 is going to have a lot of build up.

Louisville might have the best schedule in the league from a fan's perspective. Not in terms of ease, by any means, but in terms of excitement.

Mark: Looking at this through the lense of the schedule Louisville just played in 2013, I couldn't be happier. The best part is there are no long lulls with games no one will care about. Miami in the opener. Clemson in mid-October. FSU on October 30th, Notre Dame two weeks later, and then a new season-ender against Kentucky. It's great.

The latest Sports Illustrated Bracketology features Louisville and Kentucky in the same region, with the Cards as a six seed and the Cats a three seed.

It would appear as tough team chemistry is coming along quite nicely. 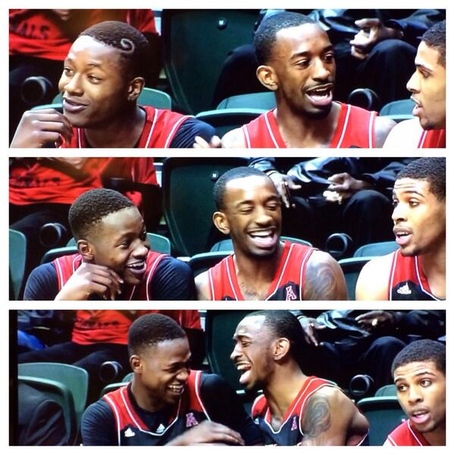 Artwork via the immensely talented and always subdued, GoCardsAttitude.

The Louisville baseball team will begin the season after its second College World Series appearance ranked in the top 20 of at least three of the sport's 5,000 polls.

The Louisville baseball team earned a pair of preseason top 20 rankings on Monday as Perfect Game slotted the Cardinals at No. 16 and Baseball America ranked them at No. 20.

Overall, Louisville is ranked in the top 20 in each of the first three preseason national polls, including a No. 8 ranking by Collegiate Baseball newspaper last month. The Cardinals have earned preseason top 25 rankings in seven straight seasons under the direction of head coach Dan McDonnell.

Future ACC foe Virginia sits atop both the Perfect Game and Baseball America preseason rankings. No. 2 Cal State Fullerton, No. 3 Oregon State, No. 4 Florida State and No. 5 Indiana complete the top five in the Perfect Game Top 25, while Oregon State (2), Indiana (3), Cal State Fullerton (4) and NC State (5) round out the Baseball America top five.

The Cards finished last season ranked No. 8 by Baseball America.

The Pro Day for Louisville football has been moved to March 17.

Adam Rosenberg recently attended his first U of L home game, and wore a homemade hat knit (knitted? knot? created?) by his mom. 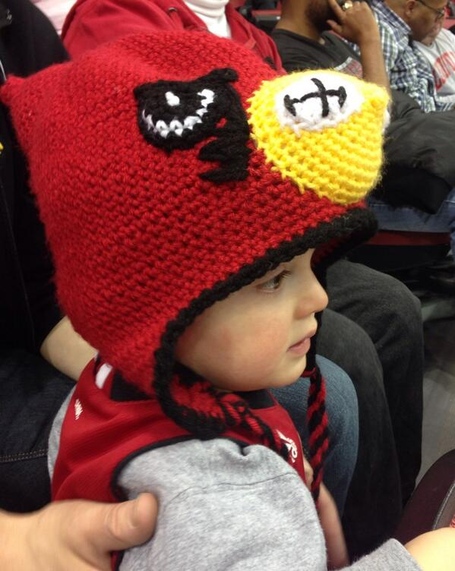 He's already got the "grown man watching the Ladybirds" look down.

If you enjoy the movie Swingers at all (blurb for the guys), Grantland has an oral history of the film that is a must-read.

Bryce Cotton is NBC's National Player of the Week, because of course he is.

But looking at Cotton's season as a whole, it's tough not to wonder whether he should be getting quite a bit more all-american hype. His numbers are impressive: 20.5 points, 5.9 assists, 2.0 turnovers and countless big shots in big moments. He's doing all that despite playing a ridiculous number of minutes as the primary ball-handler in a season where he was expected to see more time off the ball. But with Kris Dunn out and Brandon Austin gone, this is what Cotton is forced to do:

DMX crashed a wedding party bus over the weekend and instantaneously altered the goal for my own wedding.

Chris Weinke says that Teddy Bridgewater is "the total package," and "a perfect fit for the NFL."

Well if Chris Weinke's saying it...

The fine folks from Big Time Yurts are planning a "Yurt Out" for Thursday night's game against Cincinnati. 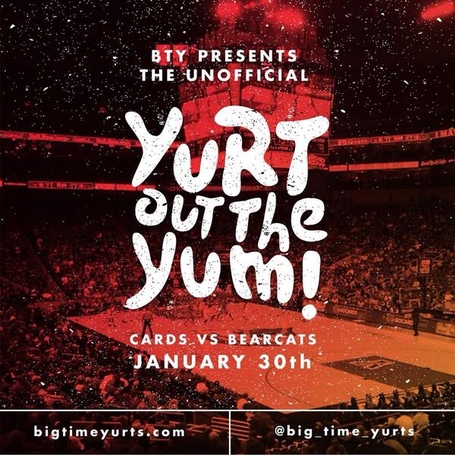 If you own a yurt, wear it to the game and be entered to win some prizes.

Per his Twitter, Louisville has offered class of 2015 small forward Brandon Ingram a scholarship. Ingram is ranked as the 13th-best player in the class by ESPN.

Defensive tackle Dalvon Stuckey will visit #ArizonaState this weekend followed by a visit to #Louisville after signing day.

Louisville stays all the way up at No. 21 in Gary Parrish's latest top 25 (and one) for CBS.

You can't contain the David Levitch hook-shot, even if you hang over that left shoulder. 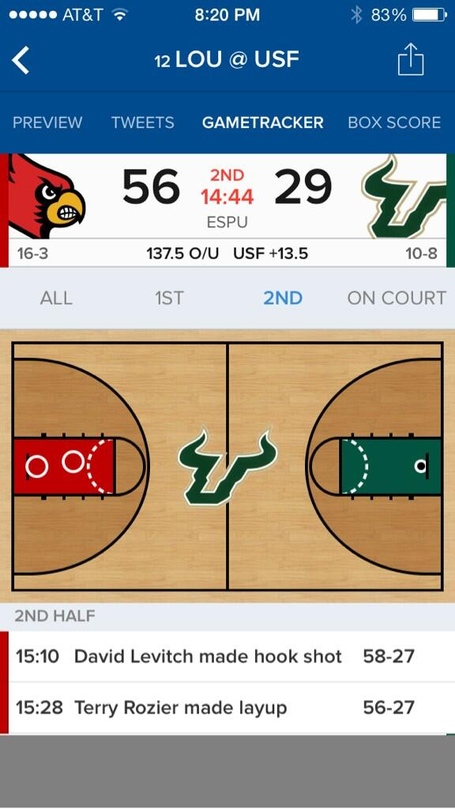 Just furthering my belief that Pitino needs to at least try DL at the 5. You know Brad Stevens would.

The Chicago Bears have officially added Clint Hurtt to their coaching staff.

And finally, Mark Ennis and I are back on the radio from the new ESPN studios at Cardinal Towne tonight from 6-8 on your radio dial and on ESPNLouisville.com. Sports will be the main topic of discussion.